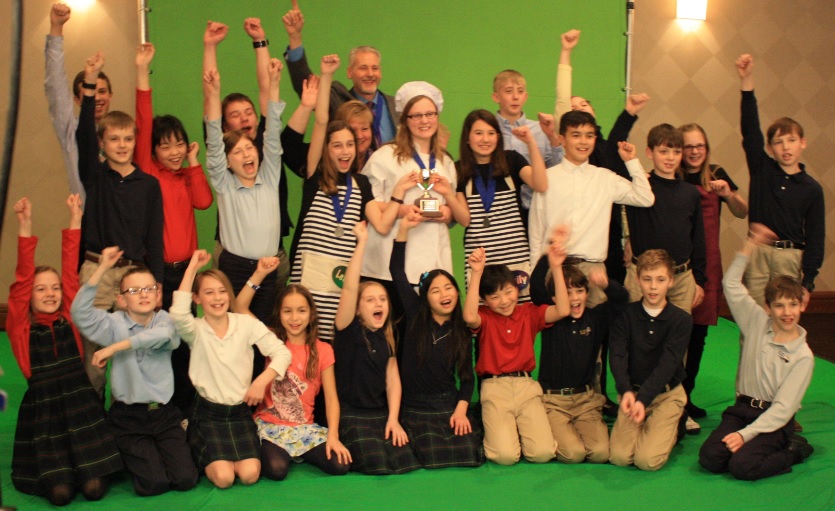 In all, 22 middle school teams competed in the event, now in its 20th year. The venue was the Suburban Collection Showplace in Novi.

Finishing in second place in the competition was a rookie team from the ISKCON Sunday School in Novi. They also received $350.

Third place and $300 went to St. Valentine School in Redford Township. Fourth place and a $250 check was earned by Team 1 of the Crescent Academy of Canton Township. Rounding out the top five was the Trinity Lutheran School of Utica, which also won a $200 check.

Future City gives sixth, seventh and eighth graders from throughout Michigan the rare opportunity to engage in Science, Technology, Engineering and Mathematics (STEM) activities – and then apply those activities to real-world problems. Students create and build a city set 150 years in the future that’s organized around a central theme. The theme changes every year to keep the competition fresh. This year’s theme is “Feeding Future Cities,” an urban agriculture challenge, in which students were asked to pick one vegetable and one protein product and grow enough of them within the city limits to feed their city’s population.

ESD organizes the Michigan regional competition, recruiting engineers and scientists from more than 30 employers to serve as team mentors and competition judges.

In Michigan, the Future City presenting sponsor is the DTE Energy Foundation. Major sponsors are the Ford Motor Company Fund and the Detroit Public Schools Foundation.
More at http://ww2.esd.org/EVENTS/FutureCity.htm.

Founded in 1895, ESD is a multi-disciplinary society uniting engineering, scientific and allied technical professions to enhance professional development and foster excitement in math and science to produce our next generation of leaders. For more information, visit http://www.esd.org.