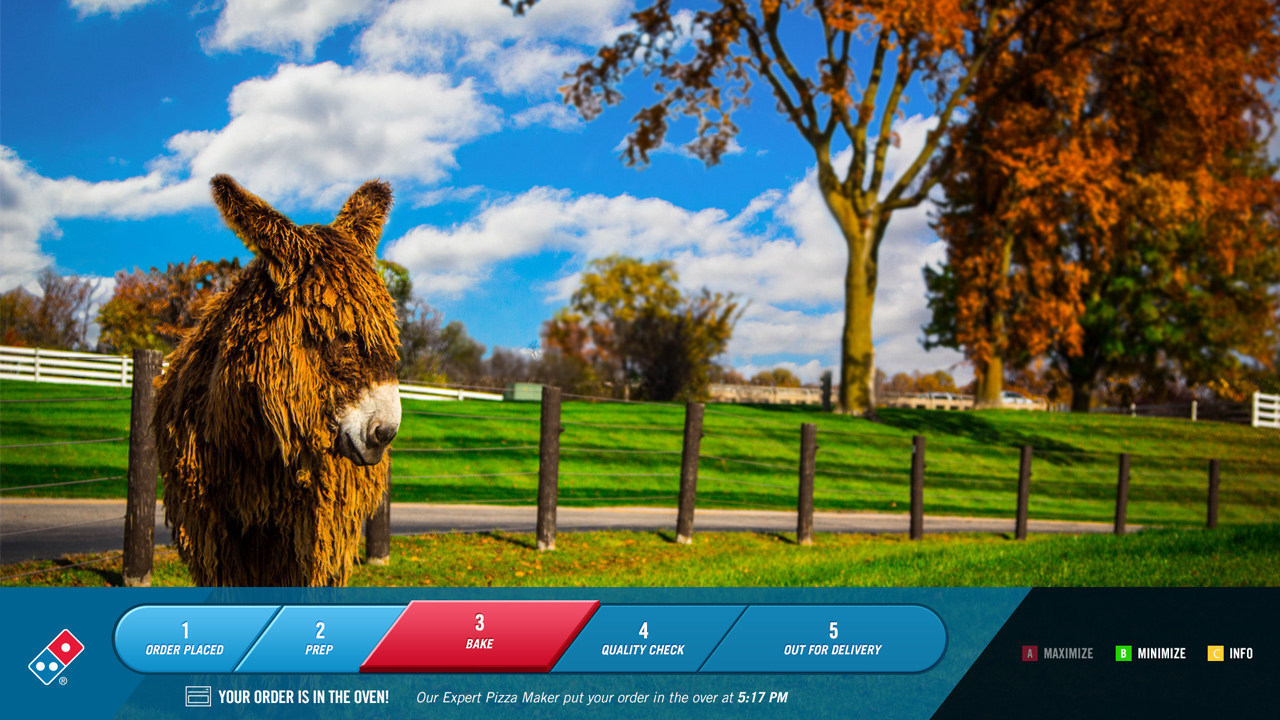 Domino’s Monday announced that it has tied its Domino’s Tracker app to Samsung Smart TVs in time for the game.

Domino’s officials said they expect to deliver more than 11 million orders on Super Bowl Sunday — almost 80 percent more than a typical Sunday. And now, Domino’s customers who have a Samsung Smart TV can track their order each step of the way, from the time it is taken, to when it is put in the oven and sent out for delivery – all without missing a second of the game.

Said Domino’s CIO Kevin Vasconi: “Football fans can track their game day meal via their Samsung Smart TV and stay tuned into the big game at the same time.”

This marks the first time that Domino’s Tracker is available on any television platform. In order to use the tracking feature, customers must have a 2014 or newer Samsung Smart TV.

Digital ordering accounted for approximately 50 percent of Domino’s sales in the U.S. at the end of 2014.

Domino’s said that if this year’s Super Bowl follows past years’ trends, both Boston and Seattle Domino’s stores will see high sales at the beginning of the game, the city of the winning team will likely see higher sales at the end of the night.