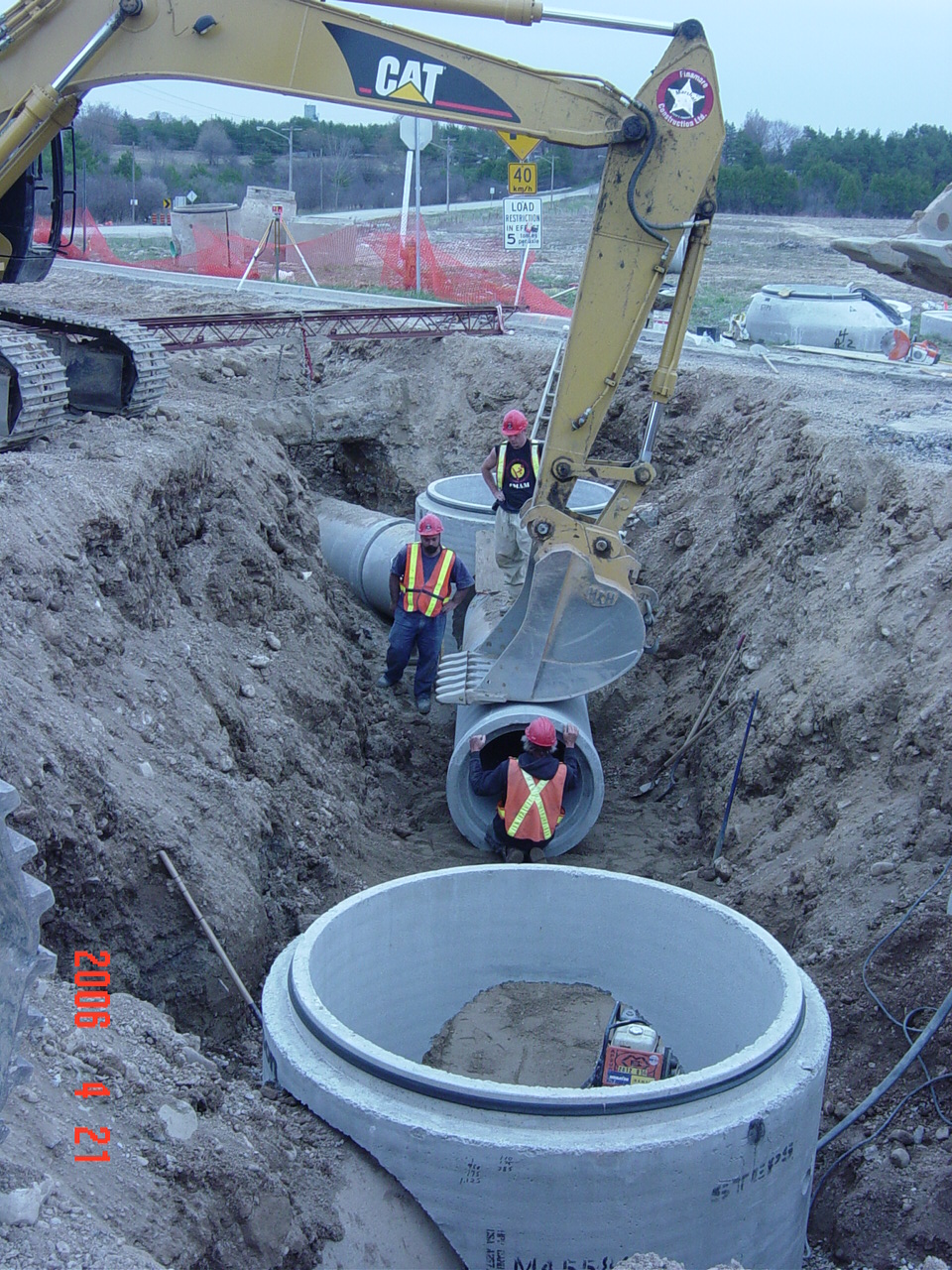 SOUTHFIELD — When the One Detroit Center building went up in downtown Detroit, it went up directly over a massive 14-foot-wide sewer line.

And to make sure that building went up safely, somebody had to assess the condition of that sewer line.

So, says veteran civil engineer Thomas Doran, several somebodies had to be lowered into that sewer on a raft and check it out.

Surprisingly, Doran said, they found that the sewer — built in 1922 — was still in good shape.

That’s also the case with much of Michigan’s infrastructure, Doran said Wednesday at a meeting of The Engineering Society of Detroit’s Affiliate Council. About 30 people attended.

The ESD’s Affiliate Council is made up of 105 technical, engineering and scientific societies that are affiliated with ESD.

Doran is a professional engineer with more than 35 years of experience with environmental and infrastructure projects. He has bachelor’s and master’s degrees in engineering from Purdue University. He is a retired principal with the firm of Hubbell Roth & Clark, a former president of TetraTech, and a principal with McNamee, Porter & Seeley. He is a member of ESD’s College of Fellows and an adjunct professor of civil engineering at Lawrence
Technological Univeristy.

Doran said that what people usually hear about American infrastructure is that “it’s falling apart, that fixing it is unaffordable, and that no one’s doing anything about it.”

But Doran says that for the most part, the area’s infrastructure — meaning roads, bridges, water mains, sanitary and storm sewers, treatment plants both water and wastewater, gas and electric delivery systems, chilled water, steam, fiber and telecommunications — is in better shape than most people
give it credit for.

True, there are problems. Sewers projected to lsat 50 years that are sitll in service after 100 years. A runway at Detroit Metropolitan Airport designed to last 30 years that’s falling apart after 15 years due to a chemical imbalance in the concrete. Handrails failing on staircases because of corrosive gases in the air. And infrastructure that doesn’t meet regulations enacted after it was installed, like new limits for phosphorous for wastewater treatment plants.

And in that Detroit sewer? Merely an ick factor, Doran said — his friend said that “millions of cockroaches were inhabiting the crown of that sewer. That was one thing that stuck with him. But the sewer was in good shape. Other people who have looked at big sewers down Woodward report that the sewers are also in very good shape.”

Doran contended that on balance, Michigan’s environment is cleaner than it’s been in more than 100 years.

“It doesn’t mean we’re doing a perfect job and everything is better, but based on a balanced scorecard, I’m convinced the environment is cleaner,” Doran said. “We don’t have people dying of typhoid from drinking bad water any more. We don’t have black soot palls over the city like we used to. Yet the consensus is that the environment is worse and worse and worse. No — the situation is far from hopeless.”

Doran said many wastewater treatment plants in the Detroit area are now “putting water into the river that is cleaner than the river. As a result, rivers like the Detroit River and Grand River are fishing meccas, vibrant habitats, with all sorts of birds and mammals coming back. Even on the Rouge River, in Newburg Lake, certain species of fish are now safe to eat.”

Also, new biotechnology being used at wastewater plants “allow us to increase the capacity of the plant without increasing the physical size of the plant.”

Doran said new technologies like pipe liners and horizontal directional drilling “are extending the life of underground utilities without having to rip them out of the ground. They’re almost as good as new.”

As for road capacity, Doran said, “intelligent transportation systems on roads help to optimize the capacity of existing roads. Because now we as drivers become agents in the traffic flow equation. We see a message, and we start making choices, taking one road over another. That maximizes road capacity without making it bigger.”

As for the condition of roads? That’s another story, Doran said. While saying he was staying away from public policy issues, Doran noted that “you can take the lowest bid, but you’re not necessarily going to be satisfied with that.”