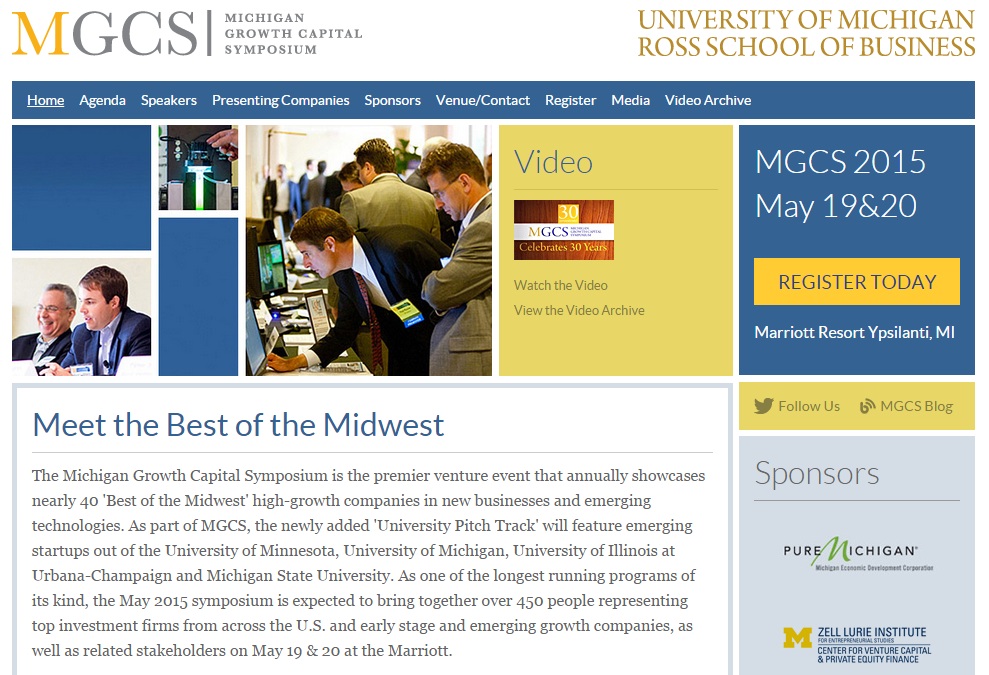 ANN ARBOR — The 34th Michigan Growth Capital Symposium will be held May 19 and 20 at the Marriott Eagle Crest Resort in Ypsilanti, and the midwest’s largest private capital event is seeking companies to make pitches for funding.

Companies seeking seed, A and B rounds of funding may apply online on the presenting company page of www.MichiganGCS.com.

The deadline for application submissions is Tuesday, March 10.

The founder of the Michigan GCS, University of Michigan professor David Brophy, said the figures show 2014 is “shaping up to be a winning year for Michigan start-ups and venture capital investors. During the first nine months, Michigan’s venture capital community steadily increased its investment in locally based companies, according to the Michigan Venture Capital Association.”

Brophy also noted the results of a third-quarter PwC Moneytree Report prepared by Pricewaterhouse Coopers and the National Venture Capital Association, which found that 32 companies in Michigan received a combined $167 million in venture investment in the first three quarters of 2014, ranking the state 18th in the nation for the number of deals done. That investment figure is three times the amount Michigan portfolio companies received during the same time period in 2013.