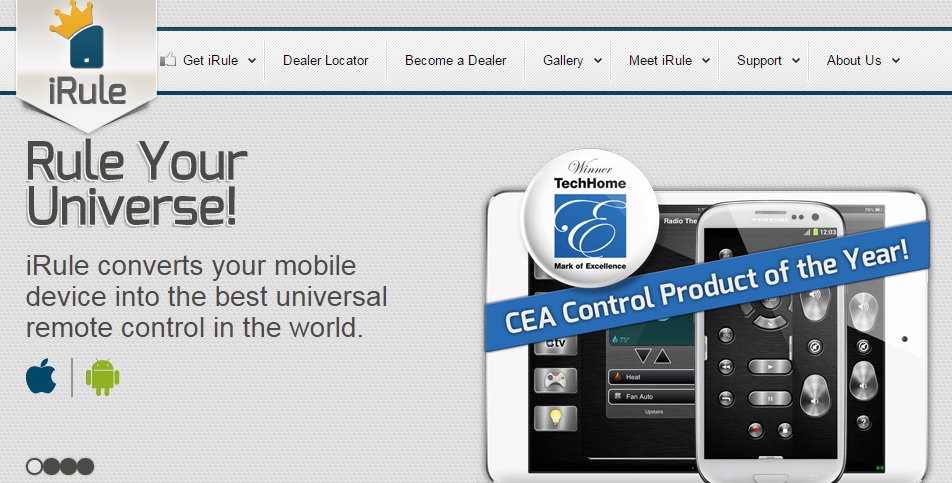 The funding is dedicated to expand sales, marketing and product
development.

The investment was provided from existing investor Detroit Venture Partners; AOL co-founder Steve Case — fulfilling his commitment to invest in the company following iRule’s participation in the Google for Entrepreneurs Demo Day — and an unnamed “new and significant” investor.

IRule is software that transforms all iOS and Android based mobile devices into a universal remote control, allowing its customers full control of audio video gear simply and reliably, anytime from anywhere. IRule controls audio and video equipment, as well as business and home automation devices, making it compatible with nearly any system or combination of components. The company’s brands are On Controls for the professional installer market and iRule for do-it-yourselfers.

The iRule platform that began in 2009 has seen significant growth in the DIY control space, expanded to serve the professionally installed audio video and automation markets with the On Controls brand and now continuing to expand into the commercial audio video markets.

Detroit Venture Partners, www.detroitventurepartners.com, is a venture capital firm that invests in seed and early-stage technology companies with a strong emphasis on Detroit-based startups. In addition to capital, DVP provides hands-on coaching, mentorship, support, and resources to help drive growth and success. Founded in 2010 and led by Dan Gilbert and Brian Hermelin, the firm aims to create jobs, urban density, and hope by backing the next generation of Detroit entrepreneurs.