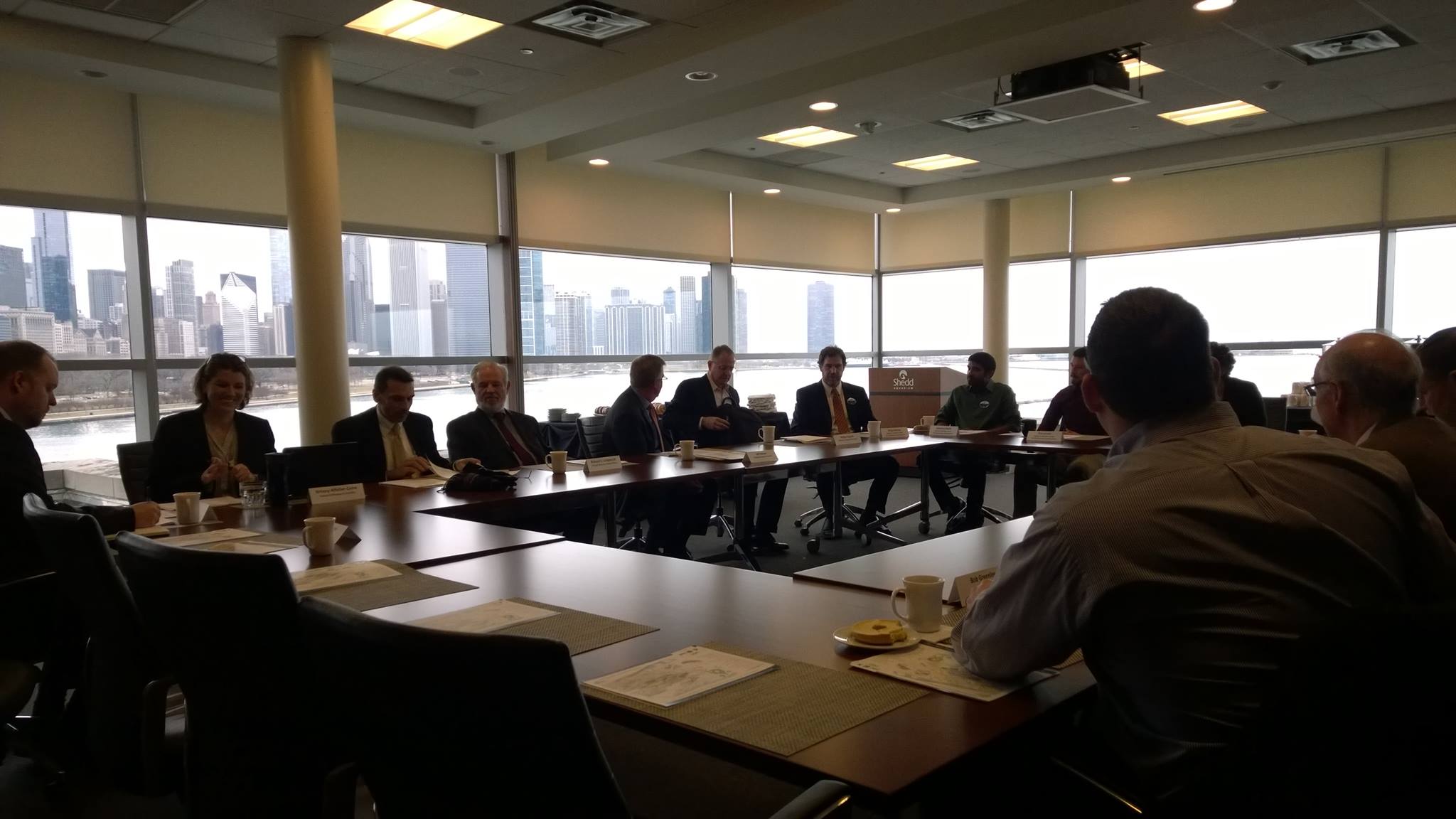 CHICAGO — Members of Michigan’s University Research Corridor — a research alliance of Michigan State University, the University of Michigan and Wayne State University — and Shedd Aquarium met today with higher education, governmental and economic development leaders to discuss the impact of water-related research on the Great Lakes region during the fifth and final stop in the URC’s “Blue Economy” tour in Chicago.

Attending the event were Jeff Mason, executive director at the URC; Michelle Parker, vice president of Great Lakes and sustainability at Shedd Aquarium; Thomas Klier, senior economist and research adviser at the Federal Reserve Bank of Chicago; Paul Freedman, interim president of Equarius Risk Analytics and president and CEO of the Ann Arbor water engineering firm Limnotech; Joan Rose, the Homer Nowlin chair in water research at Michigan State University; and Jon Allan, director of the Michigan Office of the Great Lakes, as well as others from the educational and business communities.

The three URC universities each year produce more than 3,400 graduates prepared to analyze and find solutions to water-related issues in academia, government and the private sector. Nearly 40 percent of those graduates earned advanced degrees, according to the “Innovating for the Blue Economy” report commissioned by the URC from Anderson Economic Group. In that report, Michigan ranked fourth in the nation in the percentage of jobs associated with industries related to water, at 718,700. Across the Great Lakes states, 4.6 million people are employed in water related industries, adding up to 26 percent of the nation’s total employment in water-related industries.

“With one in five jobs in the state of Michigan and 4.6 million throughout the Great Lakes region tied to having good and plentiful water, Michigan’s University Research Corridor is working to protect water resources through award-winning research and innovation,” Mason said. “Reaching across Lake Michigan to form alliances with like-minded organizations, businesses and researchers is instrumental in advancing these developments and positioning our region to compete in the global economy.”

“The University Research Corridor is one node within the intellectual backbone of the Great Lakes region as it pertains to water-related research,” said Allan. “We must combine our significant resources and talents in order to solve the 21st century problems that our fresh water faces.”