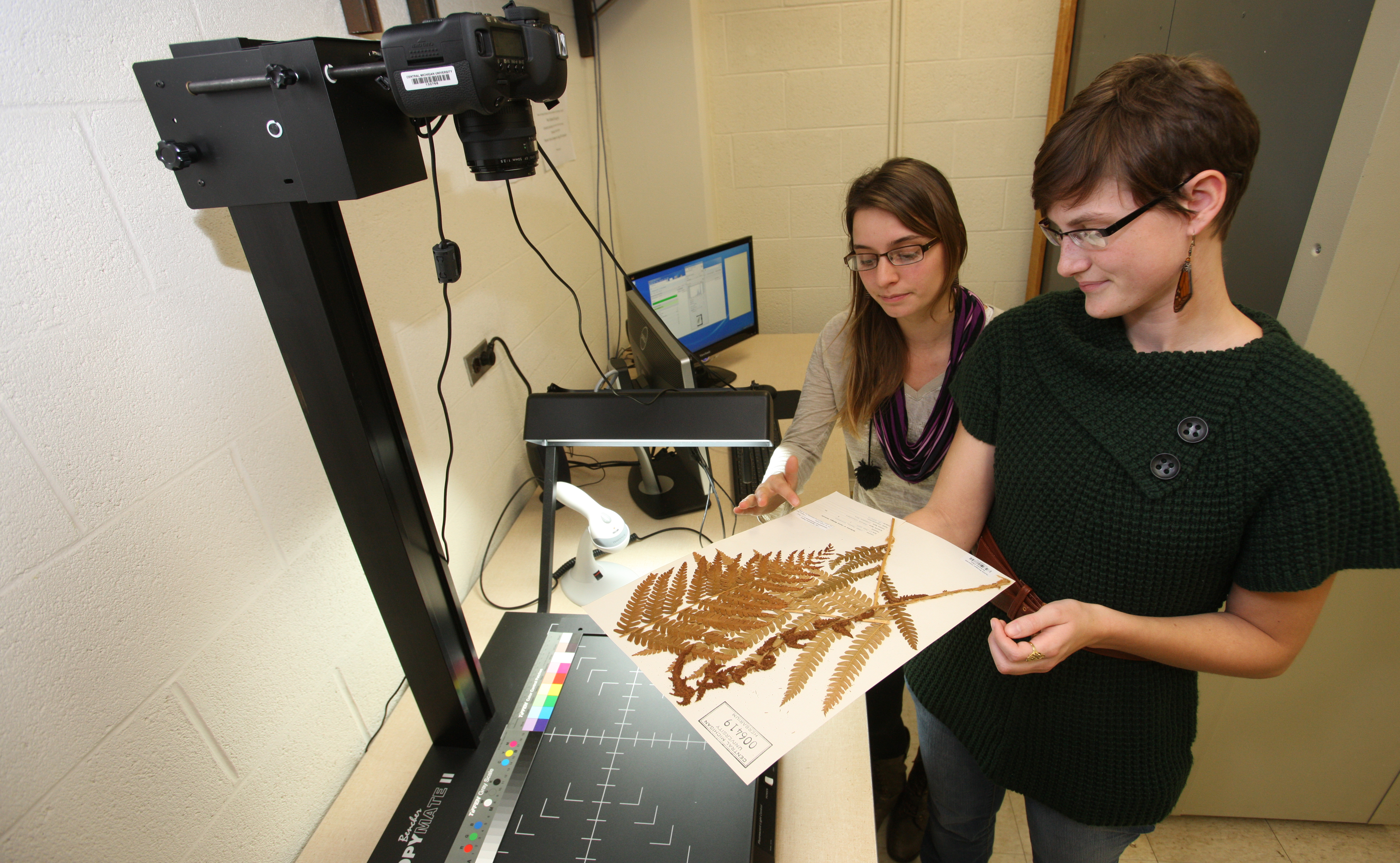 With support from $7.5 million in grants from the National Science Foundation’s Advancing Digitization of Biodiversity Collections Program, CMU is part of a larger collaboration of 25 institutions nationwide helping to build an online database of more than 1.7 million plant, fish and mollusk specimens.

“A vast amount of information about biodiversity exists largely hidden in drawers and on shelves in museum collections, making access difficult,” said Anna Monfils, associate professor of biology and director of the CMC Herbarium. “A comprehensive, online database will alleviate the need for researchers to spend hours in collection rooms pulling specimen samples from traditional storage units.”

The national effort will focus on non-native species of the Great Lakes and will include all species previously collected in North America, including ones that are seen as threats and relatives of species that have already caused serious ecological harm. There are at least 180 non-native species living in the Great Lakes, but with this collection, Monfils and colleagues will be helping to put more than 2,500 species online, allowing researchers from around the world instant access to a nearly 150-year-old collection of plants and animals.

According to Monfils, 83 percent of herbarium collections in the U.S. are small, meaning they have less than 100,000 specimens each. The national biodiversity digitization effort relies heavily on the resources of small collections, including the more than 26,000 plant specimens housed at CMU.

“This collaboration is invaluable because it’s designed to integrate data sources so that researchers can not only examine aquatic invasive species, but compare them over time and location,” Monfils said.

Using the national biodiversity database, scientists will be able to identify a species’ initial location, the direction of its spread and patterns of invasion, and also monitor and track species that could become invasive. The data generated will be publicly available in a national database called Integrated Digitized Biocollections, or iDigBio, which already contains more than 20 million specimen records.

“Herbarium collections have long been used to document Great Lakes invasive species and to study how climate change and increased carbon dioxide can be linked to changes in plant morphology,” Monfils said. “Scientists are able to obtain DNA from existing specimens and compare them to specimens collected years ago, leading to the discovery of new species in the archives.”

In addition to overseeing the transfer of CMU specimens, Monfils also is leading the compilation of aquatic invasive species specimen data from nine other Michigan institutions and working with Symbiota — a library of web tools built to aid biologists, taxonomists and environmental educators — to develop a portal specific to Great Lakes data.

“This open access will be critical to the future management efforts of potentially threatening species to the Great Lakes ecosystem, home to nearly 20 percent of the world’s surface fresh water and economically important to Michigan’s $7.5 billion commercial and sports fishing industry,” Monfils said.

CMU’s Great Lakes resaerch includes more than 20 faculty in the Institute for Great Lakes Research and research labs in Mount Pleasant and at the CMU Biological Station on Beaver Island. A $95 million Biosciences Building due to be completed in 2016 will provide enhanced infrastructure to support faculty and student research and classes.