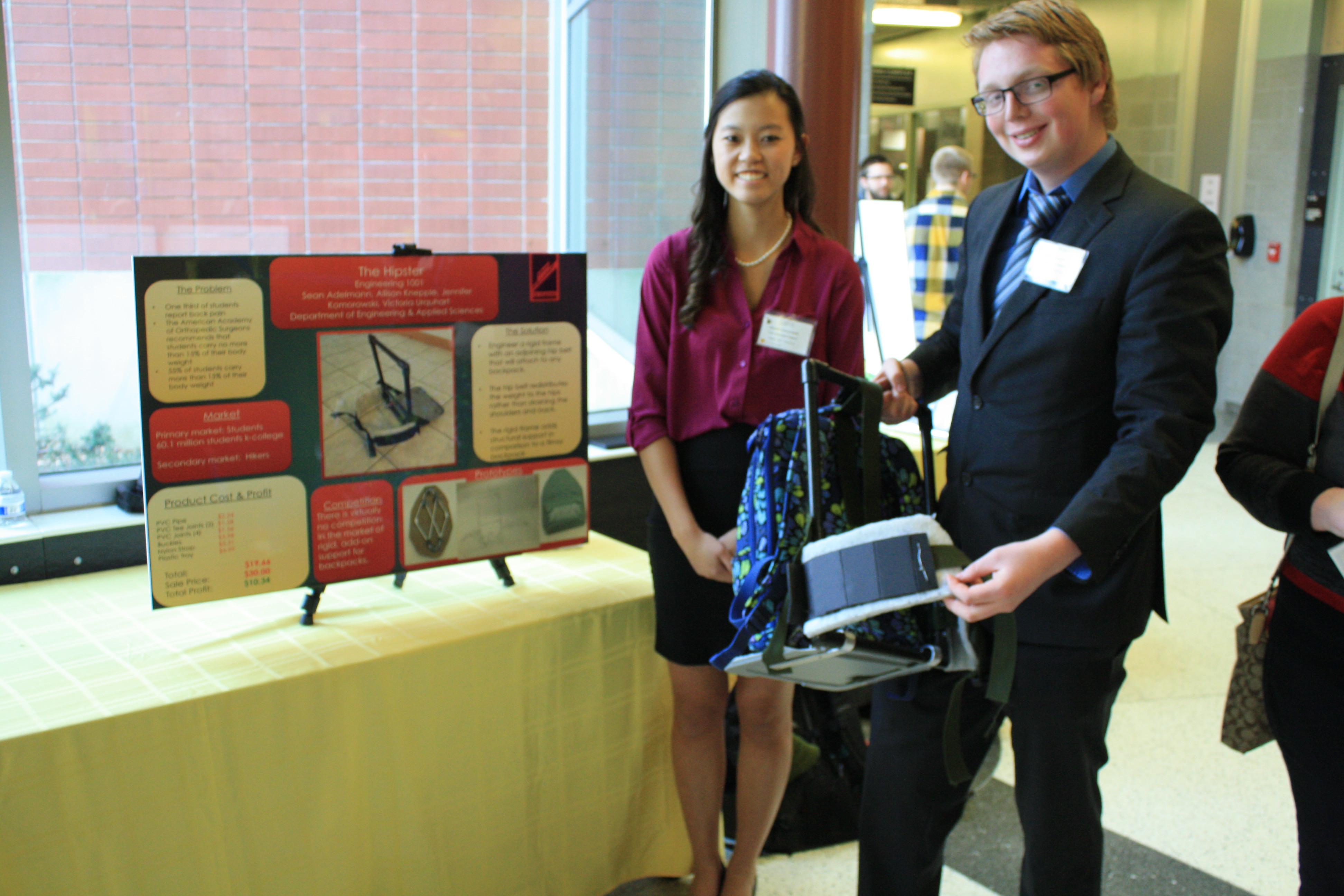 SOUTHFIELD — If you ever worry about the future of American technological leadership, I have a suggestion for you — go visit a Design Day event at any engineering school in Michigan.

I visited two on Friday — Michigan State University in the morning and Western Michigan University in the afternoon. Both left me confident that American ingenuity lives. (And as for the many students from other nations who participated in these projects, I’m with others who say we should staple a green card to the back of their diploma and let them stay if they want to.)

At Michigan State, nearly 500 students presented more than 100 projects at every level, from freshman to senior. It was the 21st year for the event.

One highlight was a team of Department of Electrical and Computer Engineering students who developed a point-of-sale grocery cart. The new system allows the buyer to scan a product on their smartphone and place it in the basket. Software links the scan to a grocer database. When the shopper leaves the store, the purchase is automatically paid by the shopper’s online account. There’s even a scale in the cart for weighing produce. The students said the expense of the cart — estimated at $89 with the scale and communication gear — would quickly pay for itself in less staffing at the store.

Another retail-related project, developed for Meijer Inc., is an iPhone app that uses Bluetooth transmitters to highlight promotions based on a customer’s location within the store. If a customer has signed up for a promotion on certain items, and that item is on sale, the customer’s phone gets a message as the customer walks by the item. There’s also a management app with which Meijer can create, edit and delete product promotions, as well as analyze promotion effectiveness.

Another great project, developed for the insulin pump maker Asante Solutions Inc. and MSU’s Resource Center for Persons with Disabilities, with support from oil giant Marathon, created a voice-enabled insulin pump for diabetics who have a vision disability caused by diabetic retinopathy. The pump speaks — in the voice of project team member Caitlin Ramsey, an MSU student from Vernon Hills, Ill. — to tell the patient which buttons they’re pushing, and how they’re dosing themselves with insulin.

Two other students demonstrated an already-award-winning design of a human-powered thresher designed off a bicycle frame, using pedal power to separate the wheat from the chaff (or the nuts from the shells, or the beans from the pods — the shape and inner parts of the threshing drum are changed depending on the food product being processed). A working model of the technology is now being used in Guatemala.

Also on exhibit were projects developed in the first-year Cornerstone Introduction to Engineering Design cource, required of all incoming first-year engineering students. The freshmen used simple machines — a cam, a gear and a linkage mechanism — to create gizmos that recycled old Christmas ornaments, ran shooting games, pass out prizes from a mechanical Santa, and a whole lot more.

At Western Michigan University, the public was invited to invest play money in student projects on display at Innovation Day. The WMU was open to student inventions all the way from K-12 to graduate school.

Highlights included The Hipster, a clever, inexpensive backpack frame designed to distribute more of the weight of a student’s backpack to the hips, relieving back and shoulder strain. (Believe it or not, a significant percentage of students report back pain from carrying heavy backpacks around campus.) The students involved said it could be manufactured for $19 and sold for $30 to $50.

Other projects included a high-tech climbing wall design, a canoe assist machine, and a gorgeous skateboard that rolls up like a piece of paper. There was also a very good idea for keeping earbud cords organized and untangled — by repurposing the mechanism of a tape measure.

Another fascinating concept, called AQ Produce, improved aquaculture by recycling the waste of the farm into food for plants and small animals that could in turn be used as feed for the aquaculture system. (It’s the water version of fertilizing corn with cow manure, then feeding the corn to the cows.)

For the first time, WMU’s Innovation Day was tied in to a larger, community-wide event, Spark Design Week in Kalamazoo, which focused on design developments of many of West Michigan’s leading companies. (More about the event at www.sparkswmi.com.)