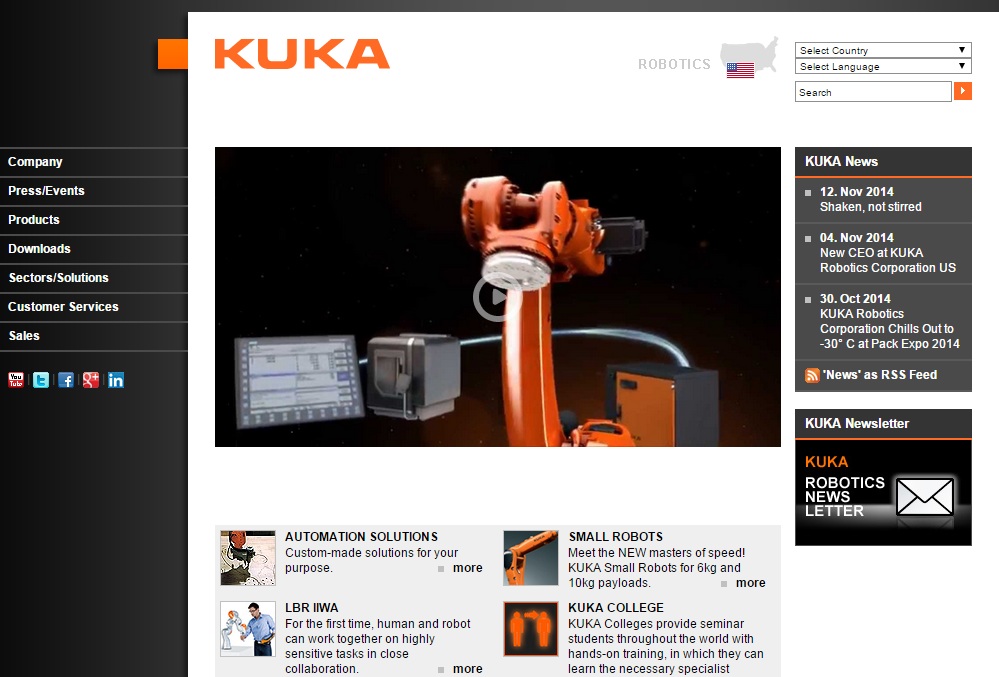 SHELBY TWP. — The industrial robot manufacturer Kuka Robotics announced the appointment of Joseph A. Gemma Jr. as president and CEO of Kuka Robotics Corp. US.

The company said Gemma’s appointment is part of an on-going reorganization process within Kuka’s robotics group. Stuart Shepherd hands over his responsibility as president and CEO of Kuka Robotics Corp. US to Gemma, but continues to be involved with the company in his role as vice president of sales in the Americas, as announced in March 2014.

“Leading the Kuka Robotics Corporation US organization has been a highlight in my career,” Shepherd said in a press release. “We are delighted that Joe will join our management team and believe he will further enhance our regional capabilities to support Kuka Robotics’ continued sales and earnings growth.”

Gemma brings more than 29 years of industry experience to his new role. Most recently he was CEO of Stäubli Group – North & Central America. During his nearly three years in this role, the company significantly improved its market position and performance. He joined Stäubli in 1997 as a sales engineer, after successful roles in project coordination, applications and sales, with Advanced Technology Systems Inc., Crellin Technologies Inc., and Corner & Lada Inc.

Gemma also has been very active in the Robotics Industries Association, where he is first vice chair and RIA representative to the International Federation of Robotics.

“I look forward to working with the dedicated employees to further the company’s market leadership and growth by bringing new levels of innovation, customer experience and value to the marketplace,” Gemma said of Kuka.

Kuka Robotics Corp. and its parent company, Kuka Roboter GmbH in Augsburg, Germany, are part of the Kuka Aktiengesellschaft group of worldwide companies. Kuka robots are used in the appliance, automotive, aerospace, consumer goods, logistics, food, pharmaceutical, medical, foundry and plastics industries. Applications include material handling, machine loading, assembly, packaging, palletizing, welding, bending, joining, and surface finishing. Kuka robots range in payload from 5 to 1,300 kilograms (11 to 2,800 pounds), with reach from 635 to 3,900 millimeters (2.1 to 12.8 feet), all controlled from a common PC based controller platform. Kuka Roboter GmbH employs about 3,400 people worldwide and had 2013 sales of $754 million Euros.