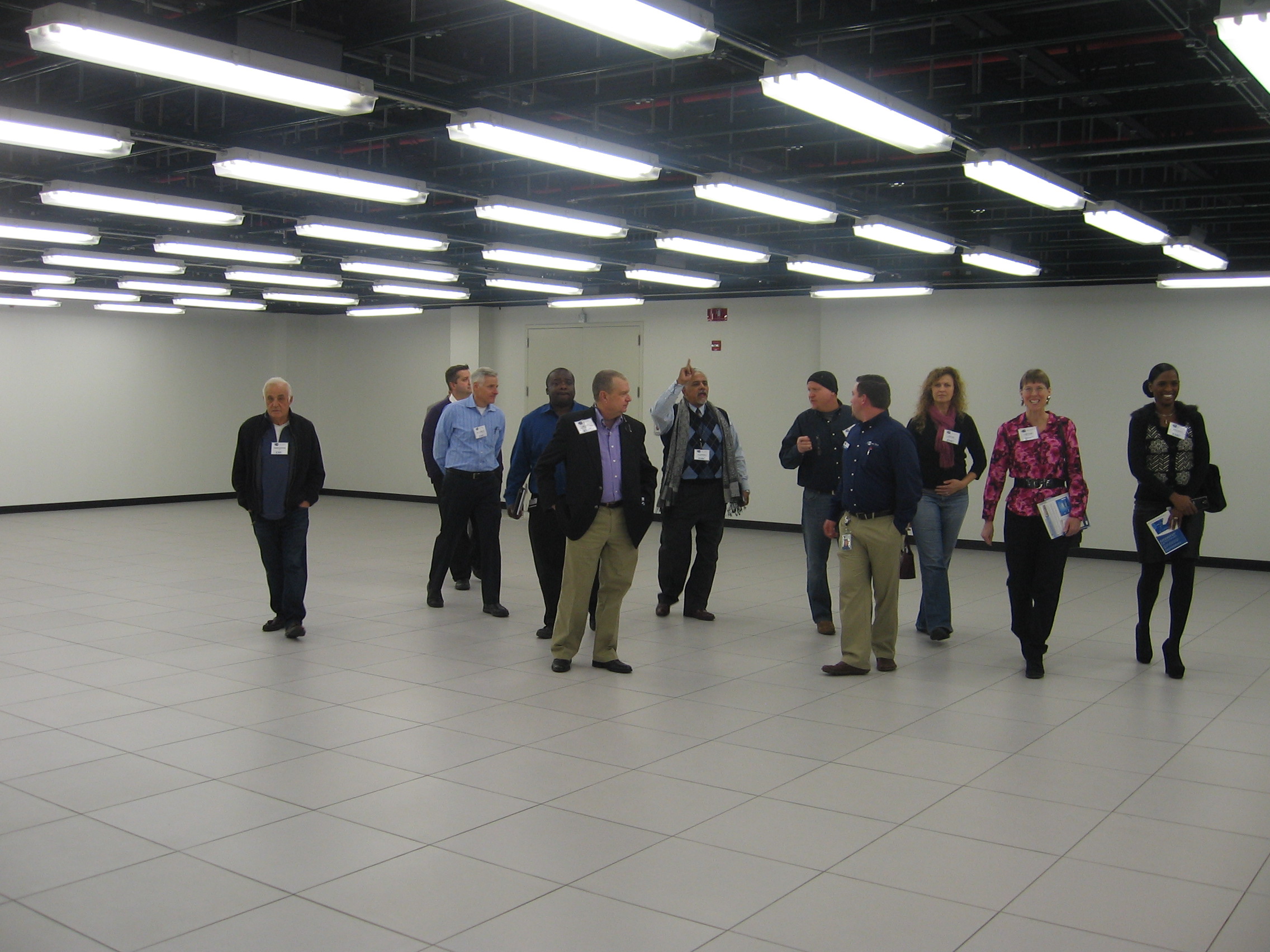 The 34,500-square-foot data center, a former Sprint-Nextel building, will include a total of 18,000 square feet of 24-inch raised floor space, which is split into four data center rooms.

The $10 million data center has two physically separate entry points for fiber optic cable, and will offer fiber connectivity from seven different telecommunications providers. Speeds of up to 10 gigabits per second will be available to customers on demand.

The electric load capacity of the building, on Hix Road between Ford and Warren roads, is 1.2 megawatts — enough to power more than 5,000 servers.

Backup power in the short term is provided by a huge flywheel spinning at several thousand RPM — and within seconds, by three 500,000-watt diesel generators, each with 2,000-gallon fuel tanks, enough to power them for 48 hours. Online Tech has a contract to keep the tanks topped off should an outage last longer than that.

People interested in reviewing available positions with the company should visit www.onlinetech.com/company/careers.

The two data centers opened this year — in Westland, and a new 44,000-square-foot center in Indianapolis that opened in October — are the result of a $20 million equity investment from the Missouri media company News-Press & Gazette Co. in 2012.

Online Tech co-CEO Yan Ness says the new center will seek customers among midsized companies in the Detroit area with critical data to protect and manage — and who don’t want the hassle and expense of running their own data centers.

Ness and co-CEO Mike Klein say the Detroit area is a natural for data center and backup site development, with almost no danger of hurricanes and earthquakes, a low risk of tornadoes, and a favorable cool climate — since the major enemy of the data center is overheating.

The 15-year-old building also offers space for emergency response and hot-site backup teams and a wide array of redundant services for disaster recovery.

Data center tours are also available by request at this link.