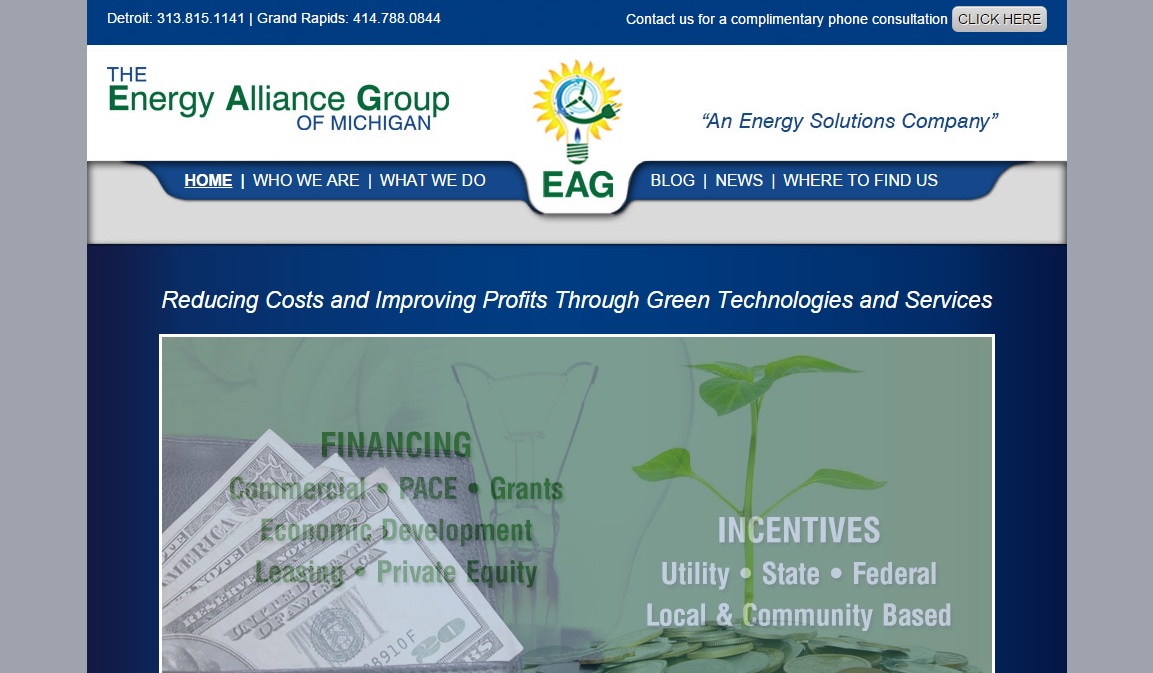 EAG officials the project will help Star Lincoln reduce its electrical use by 44 percent and its natural gas use by 25 percent.

PACE financing is an off-balance sheet and cash flow positive method of paying for energy efficiency upgrades. Star Lincoln’s project is the third major PACE-funded project coordinated through Lean & Green Michigan, working to create a statewide PACE market without taxpayer funding. PACE projects are paid for by government-issued bonds that are repaid by the recipients of the energy improvement projects.

“Being a pioneer in the Lean & Green Michigan PACE market has been very exciting for our team and this is a perfect example of how the PACE program works,” said Scott Ringlein, founder and CEO of The Energy Alliance Group of Michigan. “The success of PACE confirms that EAG’s approach to comprehensive energy efficiency improvements does work and enables building owners to undertake energy efficiency projects that have been shelved. By taking a holistic approach to energy efficiency, business owners can benefit from multiple energy efficient upgrades rather than just individual ones. With no out-of-pocket costs and an immediate improvement in cash flow, this is a win-win for everyone.”

Ringlein added that “many companies have avoided energy upgrades because of a lack of capital to pay for the improvements and a relatively long return-on-investment period. With Michigan’s PACE program, capital and payback barriers are completely removed. What was once considered an expense can now be treated like an investment that comes with a guaranteed return from day one.”

Star Lincoln is undertaking a comprehensive energy efficiency makeover of its buildings. The $485,000 project will save so much energy that out of every $1 invested, 83 cents will go to repaying the PACE assessment and 17 cents will be positive cash flow for the business — for 20 years.

EAG of Michigan will coordinate the installation of interior and exterior LED lighting, efficient heating systems, a variable speed drive compressed air system, high-speed service entry doors and improvements to the building envelope. In addition, Star Lincoln will qualify for more than $20,000 in utility rebates from DTE and Consumers Energy.

According to Star Lincoln’s Jim McInerney, “To car guys like us, this is just common sense. Before now, there was really no way to finance major energy upgrades. They take too long to pay back. But with PACE, we can get a state-of-the-art energy system and let the energy savings pay for themselves.”

Added Ringlein: “Programs and projects like this one do create more jobs. Not only has EAG hired several graduates of the Michigan Economic Development Corporation’s Shifting Gears program, but we will continue to expand our staff in 2015. We’ve also advised some of our alliance partners to plan for additional staff to support projects that EAG has in the works for 2015.”

Ringlein also said he appreciates the support from EAG alliance partners, particularly Lumerica. a Michigan-based LED lighting company, and from EAG’s entire staff as this project was being developed.