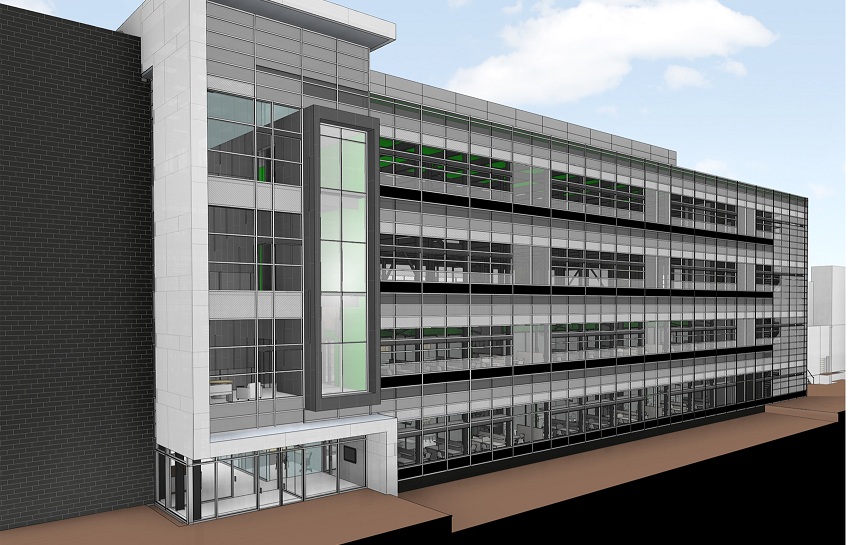 EAST LANSING — Michigan State University’s newest academic department has received a $500,000 gift to be used to attract some of the country’s most talented graduate students in biomedical engineering.

Jack and Dottie Withrow of Naples, Fla., longtime supporters of the MSU College of Engineering, have established the Withrow Endowed Graduate Fellowship in MSU’s Department of Biomedical Engineering.

The gift establishes an endowment that will provide support in perpetuity. It comes on the heels of MSU’s announcement of a $1.5 billon capital campaign, called “Empower Extraordinary — The Campaign for Michigan State University,” which began Oct. 24.

“This is an incredible start for this academic department,” said Leo Kempel, dean of the College of Engineering. “Endowing graduate student fellowships provides the momentum that will help to ensure the future success of the department and propel it forward as an important part of the college’s future.”

Said Jack Withrow: “This feels like an opportunity to create a lasting foundation for biomedical engineering grad students now and in the future.”

Jack Withrow earned a bachelor’s degree in mechanical engineering from MSU in 1954 and an MBA in 1971. He retired as executive vice president at Chrysler Corp. in 1988, and then served as president and chief operating officer at Lectron Products Inc., an automotive electronics maker in Southfield that became part of Eaton Corp., from 1989 to 1995. He received the MSU Distinguished Alumni Award in 1984.

Dottie Withrow earned a bachelor’s degree in speech therapy and elementary education from MSU in 1955 and a master’s degree in teaching from Oakland University. She was a special education teacher in West Bloomfield Schools for many years and published two children’s books.

The Withrows’ latest gift joins their other investments at MSU, including the college’s Withrow Endowed Teacher-Scholar-Service Award. The Withrows also are long-time supporters and donors to the College of Music.

“We are tremendously grateful to Jack and Dottie Withrow for their ongoing generosity to MSU,” said President Lou Anna K. Simon. “The impact of their contributions will be felt across the university far into the future. This latest gift will help us build and grow our work in this burgeoning area at a critical time, ensuring that we can recruit top-notch graduate students to help us expand research and learning in new directions.”

The Department of Biomedical Engineering is the first new academic department in the College of Engineering since 1969. It will begin by offering master’s degree and doctoral programs. An undergraduate program could follow once the department is established.