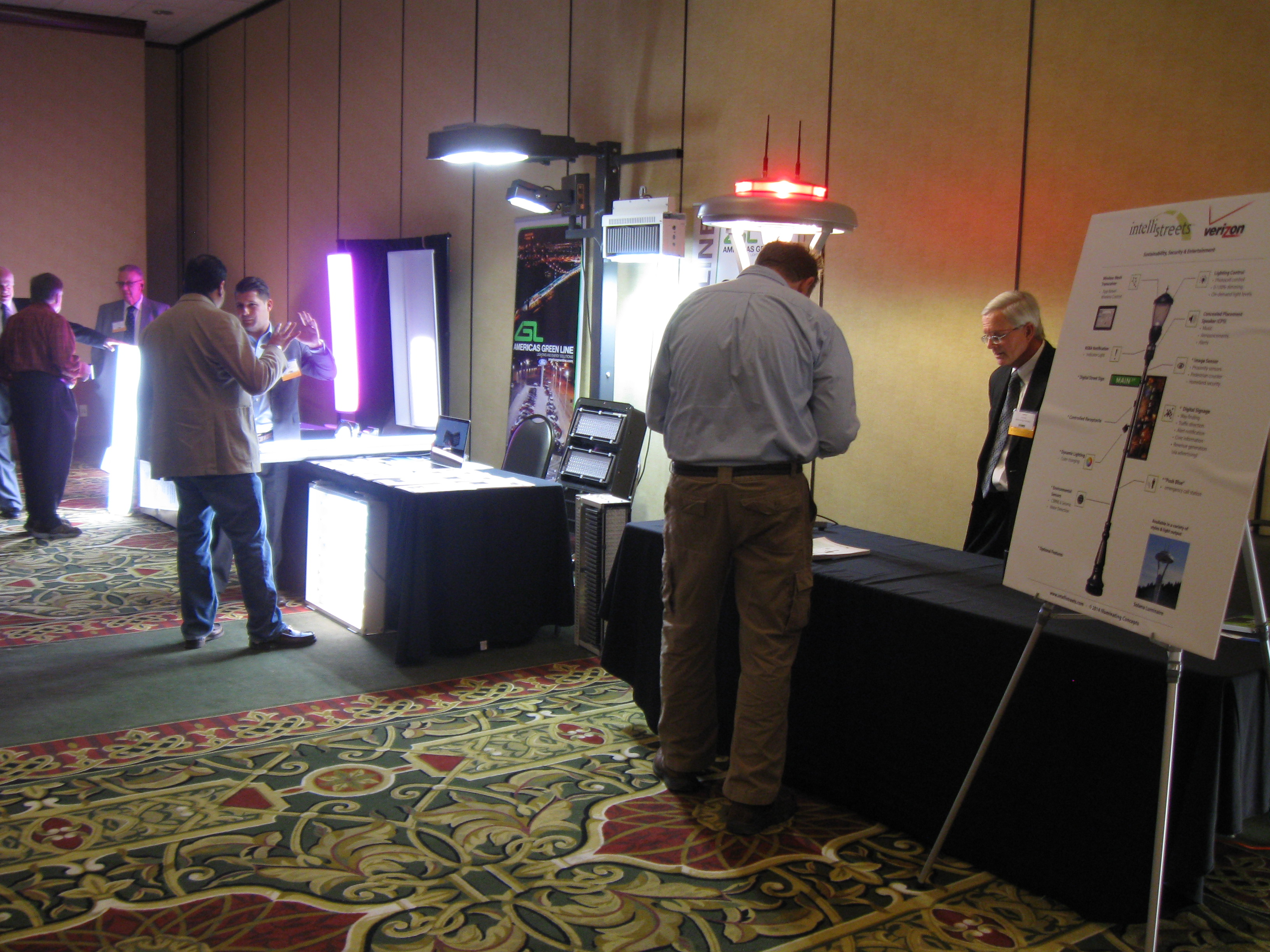 LANSING — About 17 percent of America’s energy budget is spent on lighting, according to the U.S. Energy Information Administration. Cutting that budget while improving the quality of artificial light involves some of the highest technology there is. And more than 200 people gathered in snowy Lansing Wednesday to talk over the tech at the Michigan Advanced Lighting Conference.

Experts estimate that advanced lighting technologies, from
variable intensity LEDs to sophisticated controls, might cut
America’s light bill in half — which means many fewer power
plants that would need to be built, and a huge reduction in greenhouse gas emissions.

And advanced lighting has effects beyond energy savings. At the conference, Gary Wozniak, president and CEO of the Detroit nonprofit RecoveryPark, talked about his efforts to tune advanced lighting for large-scale indoor urban agriculture. (How large scale? He’s in talks with the city of Flint to grow food inside the former Buick City plant.)

Wozniak said urban agriculture will only grow more important in a future that’s short on fresh water in the current breadbaskets of the country — the Great Plains and California’s central valley — and as the “eat local” movement grows in popularity and influence.

Dean Stevenson of Ford Motor Co. talked about the automaker’s efforts to create indoor vehicle lighting that will keep drivers awake and alert.

That was also the focus of Roger Buelow, executive in residence at Third Shore Group in Cleveland, who talked about his earlier work helping the U.S. Navy use lighting to keep sailors alert on duty — when they’re spending months below the ocean’s surface in submarines.

There’s also a gee-whiz aspect to the high-tech lighting future, according to Jack Curran, a New York-based consultant to the Department of Energy and owner of LED Transformations LLC. Try a future where you’ll be able to whip out your smartphone, take a picture of a favorite color, send a message to your room’s variable-color LED lighting system, and the whole room will be that color.

That future might have a downside: Curran predicted a future in which couples will get divorces based on incompatibility of the lighting color they choose for their rooms.

Don Radomski, vice president of industry and venture development at NextEnergy, the state’s advanced energy industry accelerator, said there’s a firmly established and growing advanced energy sector in Michigan. Whether it’s assembling LEDs, making controllers and circuit boards, or developing control software — you don’t have to go overseas to get any of those things done, you can do them all in Michigan, Radomski said.

Radomski also talked up an advanced technology innovation challenge NextEnergy is collaborating on with Ford and RecoveryPark, offering $80,000 prizes to develop innovative lighting for the auto industry and for urban agriculture.

The technologies Ford seeks include ultra-lightweight lighting products, lighting that emulates daylight, and lighting that can be integrated into interior and exterior structural components.

Ford and NextEnergy will outline a scoring matrix to determine winners. Late next year, competing teams will present their ideas to a panel of Ford and NextEnergy experts, with one or more prizes awarded. More at www.nextenergy.org.