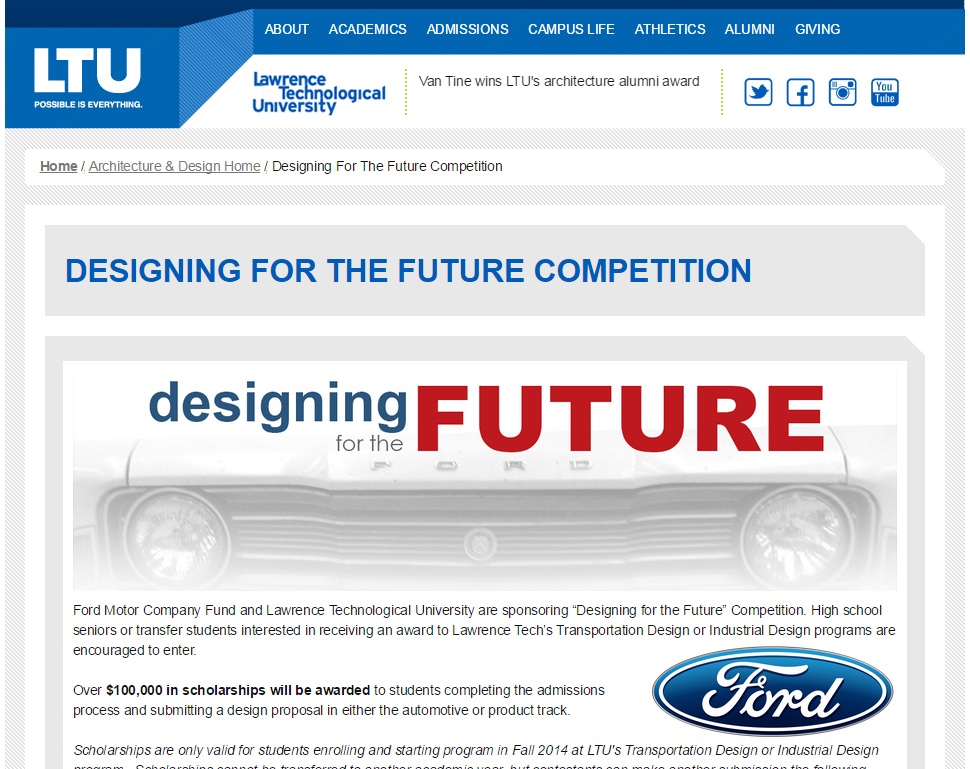 SOUTHFIELD — Ford Motor Co. and Lawrence Technological University have again teamed up for the “Designing for the Future” competition that asks students to reinterpret the Ford Cortina for the year 2030. The prizes include more than $100,000 in scholarships.

The competition is open to high school seniors or transfer students interested in enrolling in LTU’s transportation design or industrial design programs in fall 2015. For more information, go to www.ltu.edu/architecture_and_design/design_competition.asp.

The first step for participants is to enter the competition by Nov. 23. The deadline for submitting entries is Nov. 30.

Students must choose a contest track, either automotive design or product design. The first asks participants to create a C-Segment rear-wheel-drive Ford performance sedan or coupé. The second asks students to identify and create two innovative products (such as tools, shoes, furniture, and luggage) that would appeal to Cortina customers — one complementing the mass-produced Cortina, and another targeted to performance/rally customers.

The Ford Cortina was built by Ford of Britain from 1962 to 1982. It was the United Kingdom’s best-selling car of the 1970s and continues to have a large cult following. The Cortina was also raced in rallies, and Lotus developed some sportier editions marketed as the Ford Cortina Lotus.

The winners will be announced at the MAIN (Motorcity Auto Industry Night) Event in Detroit on Jan. 11.