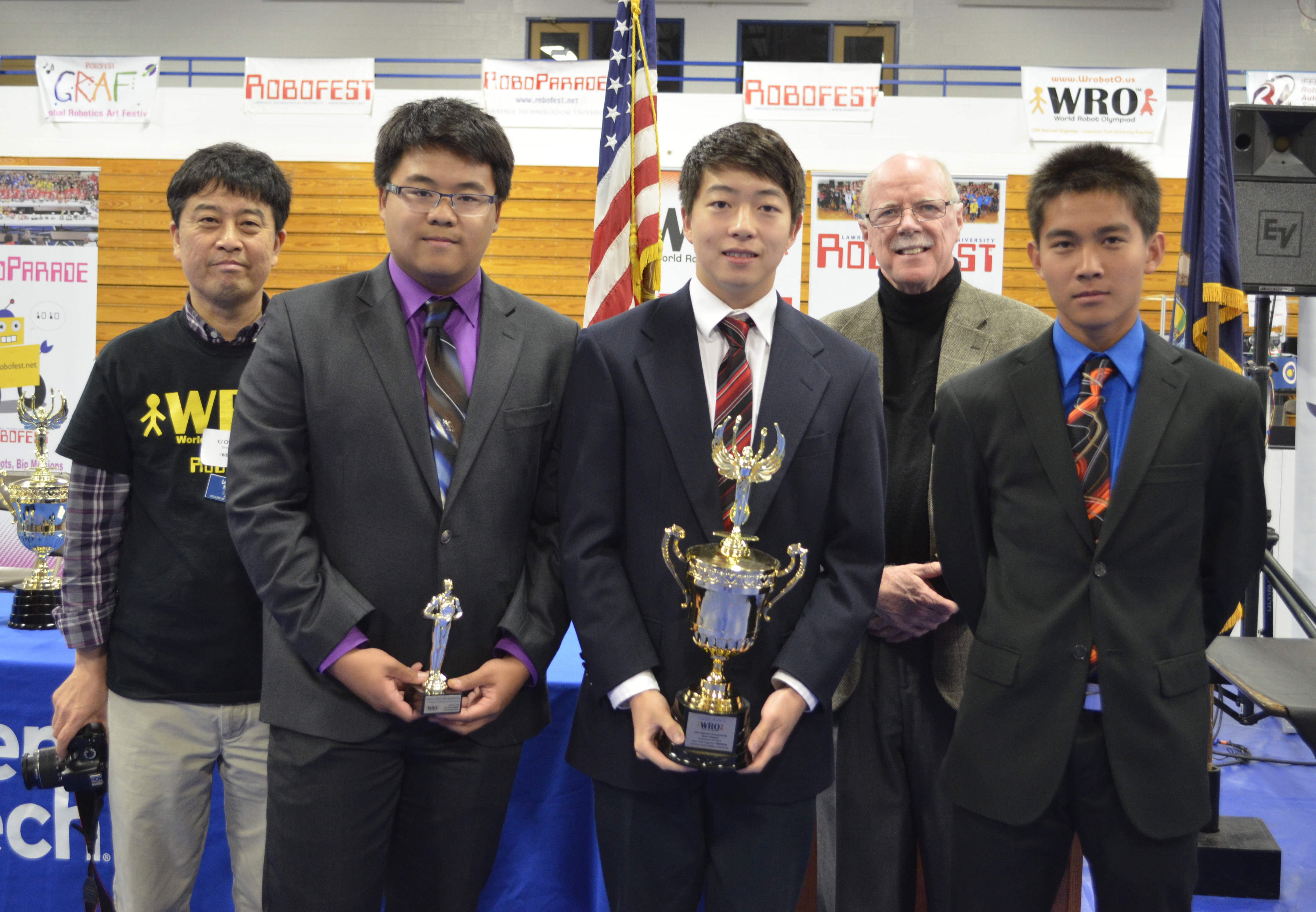 SOUTHFIELD — With the help of a sponsorship from Cadillac, three high school students from Canton and Northville will leave on Nov. 19 to represent the United States in the World Robot Olympiad, to be held at the Olympic Village in Sochi, Russia, Nov. 21-23.

This is the first time the United States is participating in the WRO international competition, which was founded in 2004. This year, more than 20,000 competitors from elementary school through college in 50 countries used Legos, Tetrix, and other kits to build autonomous robots that perform multiple tasks.

The U.S. program was coordinated by Professor CJ Chung of Lawrence Technological University, and the national finals were held at LTU on Sept. 27. Nine teams qualified to represent the United States, and six teams from Michigan are raising money to go to Russia.

Open Senior teams designed and built a conceptual model of a robotic system that can assist humankind in solving tasks in space. The Robocruisers S robotic model, “Space Solar Power (SSP) – Saddle the Sun, and Ride into the Future,” is a space satellite that would capture energy from the sun’s rays and transfer the power down to Earth wirelessly. Their educational robotics system was designed to raise awareness of energy and environmental
challenges and encourage people to think of possible solutions.

“Through information gathering, hardware building and programming in developing the SSP demo model, our team experienced a valuable problem-solving process by learning how to choose a subject, make and execute a plan through time management and effective team work, and present to the judges
and the public,” said team captain Liu, who has been involved in LTU’s Robofest competition in which pre-college and college students build autonomous robots.

A major goal of both the WRO competition and Robofest is to provide students with a fun way to learn more about science, technology, engineering and mathematics.

“WRO is an event that brings young people from all over the world together,” said Chung, the founder and director of Robofest at LTU. “Teams of youngsters get the opportunity to learn more about STEM and develop their creative and problem-solving skills through various robotics challenges.”

Cadillac is supporting Robocruisers S as the lead team for Cadillac, as well as other teams going to Russia. In addition, some of the sponsorship money will be used for USA team uniforms and banners.

“Cultivating a strong workforce in STEM fields will be essential to the sustainability of the automotive industry,” said Cadillac executive chief engineer David Leone. “Many of the skills developed in this competition are the same critical skills these young people will need once they enter the work force. We hope sponsoring the U.S. teams competing at the World Robot Olympiad helps fuel the excitement these students have for the STEM subjects.”