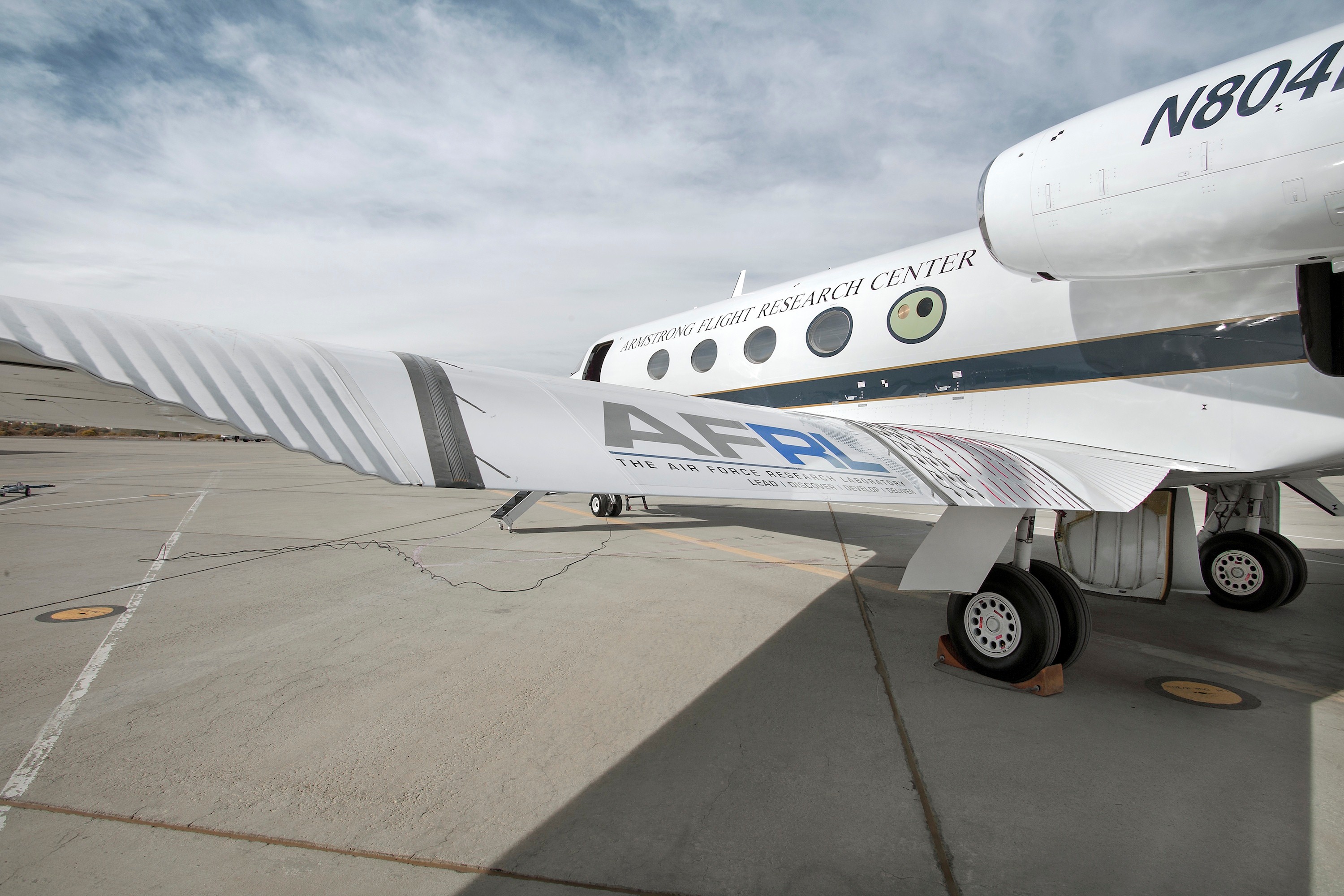 ANN ARBOR — A feature of aircraft design unchanged for nearly a century may have been twisted into a new shape as a result of a revolutionary new structure being tested by NASA in the Mojave Desert.

The seamless, bendable and twistable surfaces promise to improve
aerodynamic efficiency and reduce noise generated during takeoffs and landings.

“We’re hopeful that further testing will bear out our theories for the potential benefits for this technology,” said Pete Flick, AFRL program manager.

He noted that successful completion of ACTE flight research will cap nearly 20 years of collaboration between AFRL and FlexSys.

“Twenty years ago when I approached AFRL with this method, they had the vision to recognize the merit of our design and they have funded us through SBIR Phase 2 and 3 all the way to this flight test,” Kota said.

FlexSys replaced the primary trailing edge wing flaps on a Gulfstream III business jet with 18-foot-span FlexFoil aircraft control surfaces on each wing, including 2-foot-wide fairings at each end to eliminate noise-generating gaps in the airframe. It is intended that the surfaces will be able to alter the wing’s camber, or cross-section, seamlessly on demand to maximize performance throughout the whole flight.

“This technology can be applied to all kinds of surfaces moving through a fluid medium such as airplane wings, engine inlets, helicopter rotors, and wind turbines, as well as specialized components for automobiles, boats, and submarines,” said Kota, who is also Herrick Professor of Mechanical Engineering at the University of Michigan.

The technology looks to solve a problem that has long faced aircraft
designers. Wing flaps that tilt and separate from the wing introduce gaps that produce unwanted drag and a lot of aerodynamic noise, according to Kota. Conventional flaps are also unable to make the fine adjustments necessary at certain phases of flight or when flight conditions are less than optimal.

The FlexFoil structure eliminates these gaps offering potential noise
reduction and fuel savings as well as enhanced stability in flight.

“We have progressed from an innovative idea, and matured the concept through multiple designs and wind tunnel tests, to a final demonstration that should prove to the aerospace industry that this technology is ready to dramatically improve aircraft efficiency,” Flick said. “This is a very exciting time for this program.”

A video of the wings may be found at http://www.youtube.com/watch?v=gS3ry-e8vbw.

More about Kota’s company at http://www.flxsys.com/.