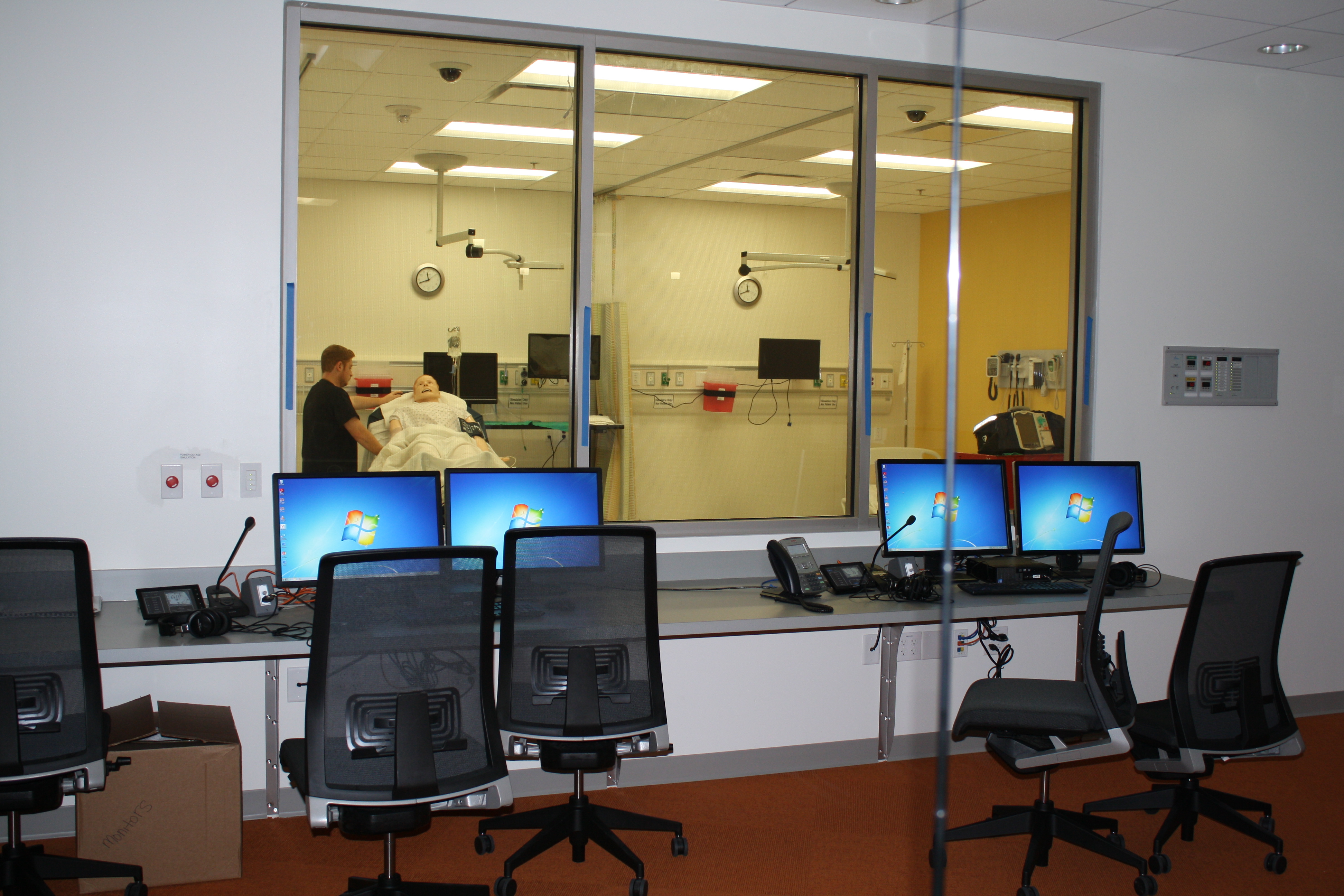 KALAMAZOO — Michigan is a state whose thinking revolves around the idea of a Big Three. In cars — well, c’mon, you know their names — and in universities — Michigan, Michigan State and Wayne State.

But don’t forget, Michigan has FIVE universities classed as “high
research level” or above by the Carnegie Foundation. One you might
forget is Michigan Technological University in the Upper Peninsula,
where I began the ESD Tech Tour a week ago. And the other is
Western Michigan University in Kalamazoo, where I visited Thursday.

And as usual, the Broncos did not disappoint, laying out a ton of
initiatives to help fill the future science and engineering talent
pipeline with smart, qualified folks who bleed brown and gold.

My day began with a visit to what I think is the best breakfast place on the planet, Rykse’s, on the west side of Kalamazoo (oh, all right,
OSHTEMO) with Cheryl Roland, executive director of university
relations and a 25-year veteran of the Kalamazoo school. From
there, we headed to WMU’s spectacular engineering campus, a
343,000-square-foot, $74 million gem that opened a decade ago.

Dr. Edmund Tsang, interim dean, of WMU’s College of Engineering
and Applied Sciences, told me all about Western’s STEP program.
An acronym with an acronym in it, STEP stands for STEM Talent
Expansion Program, and it’s funded by two grants from the National
Science Foundation.

STEP turns Western’s big engineering program — 3,000 students —
into a de facto small residential college. Engineering freshmen are
encouraged to live in the Engineering House, located in several floors of Bigelow Hall, a dorm on WMU’s main campus. There, they get on-site tutoring, specialized activities, and a 24-hour computer lab with the same software as the computer lab at the engineering campus three miles away.

More importantly, they are assigned to small groups of 20 to 24
students who take three to five classes together fall semester and two to four classes together in the spring. “So they look left and look right and see the same people, and hopefully form study groups during these semesters.”

And the program, which launched in 2005, is working. The six-year
graduation rate of the engineering college rose from 32 percent to 42 percent, vs. 24 percent for universities in WMU’s “moderately
selective” peer group.

“We’re graduating 35 to 45 more engineers every year because of
this project,” Tsang said.

WMU’s second STEP grant, given in 2010, expands the focus to
sophomores to avoid the legendary “sophomore slump,” and to
community college transfer students. They get help tied to career
development, including resume and cover letter writing, interview
preparation, and help in finding internships.

“Community college students have the same issues as freshmen —
unfamiliarity with the resources available to them, and a reluctance to ask for help,” Tsang said. The second grant also expanded the
engineering college’s Student Success Centers tutoring and support
locations from one to three.

WMU also participates in a summer program for minority group
members underrepresented in engineering in partnership with the
University of Michigan, Michigan State University and Wayne State
University. Now in its ninth year and funded by the Louis Stokes
Alliance for Minority Participation, the program offers a first-year
college preparation boot camp, with academics and industry tours,
“so they can see what their careers will be like in a few years.”

Tsang joined Western in 2001 as associate dean for undergraduate
programs and assessment, but still teaches a course, introduction to
engineering analysis, and continues his research on magnetism and
impurities in rare earth metals that make advanced batteries work
(think cell phones and hybrid cars). He says he loves teaching the
course, which “shows first year students how to apply the math they
have learned, from algebra to trigonometry to calculus, in an
engineering context. Students often think of math as just math, they
don’t understand how powerful it is” for solving problems with real-
world products.

Tsang is also talked up Micro-LAM, a startup founded by WMU
engineering professor John Patten and a WMU bachelor’s, master’s
and Ph.D. graduate, Deepak Ravindra. They developed a method to
machine extremely hard and brittle materials like ceramics and silicon that had been considered too brittle for machining — by taking a powerful laser and shining it through a transparent cutting tool. Micro-LAM — that’s an acronym for Laser-Assisted Machining — now has a plant in Battle Creek and is working on a prototype.

Tsang said WMU would also be launching a master’s degree in
medical engineering in 2015, in cooperation with WMU’s brand-new Homer Styrker School of Medicine. It will have three areas of study — medical devices, medical imaging, and health care administration. This program was also mentioned by my next interviewees — engineering professors Steven A. Butt and Tycho Fredericks.

“It will involve people and technologies to improve health care,”
Fredericks said.

In researching the medical engineering program, Fredericks recalled
writing a paper with a hand surgeon in graduate school, observing a surgical procedure, and thinking medicine could really use an engineer’s touch to improve and standardize procedures that are now as much guesswork — very educated guesswork, but guesswork nonetheless — as science.

“The first eight weeks of the program will be spent in the hospital, and the student’s task in those eight weeks will be to find a problem they want to solve, and we will design the curriculum around them,”
Fredericks said.

The three men also said Western is considering bringing back an
industrial design program, a program WMU closed in 2005.

The move is partly in response to industry trends — Mophie, the maker of portable battery packs for the iPhone, is moving its design
operations from California to WMU’s Business, Technology and
Research Park, where the College of Engineering and Applied
Sciences building is. And Newell-Rubbermaid, the makers of
everything from Rubbermaid products to Sharpie, PaperMate and
Parker pens, Graco baby products, Kirsch and Levelor window
treatments and Calphalon cookware, has moved its design operations to a 40,000-square-foot building in the BTR park as well. Then there are West Michigan companies from the medical device maker Stryker Corp. to Whirlpool Corp. that are heavily seeking industrial design talent.

So, the university is currently in a feasibility study with the WMU
Haworth College of Business and the WMU College of Fine Arts,
consultants, and an industry advisory group, about re-establishing the program.

“We want to marry it to medical design, the fine arts, the business
college,” said Butt, who chairs two engineering departments, including the new Department of Industrial and Entrepreneurial Engineering & Engineering Management. “Industrial design is on its way back. I’ve heard that West Michigan has more industrial designers and companies that are in need of industrial designers than anywhere else in the country. It’s why Newell Rubbermaid moved its entire worldwide innovation center to our campus here.”

Western is also sponsoring a massive design event the first week of
December, with the current working title Design Week, that will feature Shark Tank-style presentations of new product ideas — by inventors going all the way down to grade school age.

There will also be celebrations of innovation in appliance design,
packaging design, food design — even beer design — with corporate
sponsors on board like Whirlpool, the packaging company Fabri-Kal,
Stryker Corp. and Newell-Rubbermaid.

Butt and Fredericks are also in charge of two activities for students to boost interest in STEM — Leg Up, in which eighth grade students pick a problem — “generally something that bugs them, so I’ve learned a lot about what bugs eighth graders,” Butt said — and try to engineer a solution, and an overall outreach program that brings more than 1,000 students a year through the engineering building for a variety of experiments and activities.

“Mostly it’s all about the process, teaching them how to investigate
scientifically, and encourage them to consider one of the STEM
fields,” Butt said.

My final formal interview of the day was with Dr. Susan Stapleton,
dean of the WMU Graduate College, who’s ben involved in initiatives at both the undergraduate and graduate levels to keep the pipeline full of STEM instructors for the next generation of students.

“K-12 teachers do not view themselves as scientific professionals, as
part of the scientific community, and we want to change that,” she
said.

She’s also a co-investigator on a brand-new $1.4 million National
Science Foundation grant called Broadening Participation in
Research that’s designed to make sure underrepresented groups
move through the graduate school system to become college
professors and researchers. Said Stapleton: “The focus is on
mentoring and communities, networking and interacting with
professionals and the field. How do you make contact with people?
Where will you run into them at professional events? And we’ll hold
dissertation writing retreats.” The effort, she said, will involve
“hundreds of students” at Western, along with Michigan, Michigan
State, Wayne State and Michigan Tech — including 100 students from underrepresented groups in STEM doctoral programs at Western.

Stapleton is a 25-year veteran of Western as a chemistry faculty
member and an associate dean of the College of Arts and Sciences.
She also has a long history of mentoring young women and
encouraging them to go into science — including creating the first Girl Scout Badge in chemistry.

Before scooting out of town, Cheryl Roland arranged a quick tour for me of the Homer Stryker School of Medicine, and I’m so glad she did.

The school is named for Dr. Homer Stryker, a Kalamazoo orthopaedic surgeon who founded Stryker Corp., and whose name has become an international symbol for medical innovation.

On the lower level are a 24,000-square-foot “virtual hospital,”
featuring intensive care, pediatrics, labor and delivery, and trauma and emergency rooms, and a full surgical suite. And there’s a simulation medical clinic with examination rooms and procedure rooms for endoscopic and laparoscopic procedures.

The first floor features a 90-seat lecture hall, classrooms of various
sizes, an open cafe seating area, a fitness center, and a 340-seat
auditorium. On the second floor are more classrooms, another 90-
seat lecture hall, six “skyboxes” that overlook the auditorium, a library, offices, a game room, a student commons with kitchens, lockers, and social space, and a “reflection room” for quiet contemplation.

The med school’s inaugural class of 54 students, who will graduate in 2018, was chosen from more than 3,500 applicants. Interviews re
now under way for the Class of 2019. Eventually the school will grow to four classes of about 80 students each.

So that was it for my morning and early afternoon at WMU. I know the place well, having grown up in the Kalamazoo area and having my son, brother and two nephews go there — yet it’s also a constant source of new discoveries and surprises. (Kinda like the WMU football team, 6-3 this year after 1-11 last year!) As usual, I’m impressed with the breadth and depth of the programs.

Now the Tech Tour is in the home stretch. Michigan State University, here I come — one day ahead of the (expletive deleted) Ohio State (barnyard epithet deleted) Buckeyes (anatomical impossibility deleted). I’ll pass by where Lee Corso and Kirk Herbstreit and the rest of the ESPN Game Day crew will be setting up — but I’ll be talking a game where EVERY student can go pro — STEM!

And here, enjoy these pictures of the WMU medical school and campus…