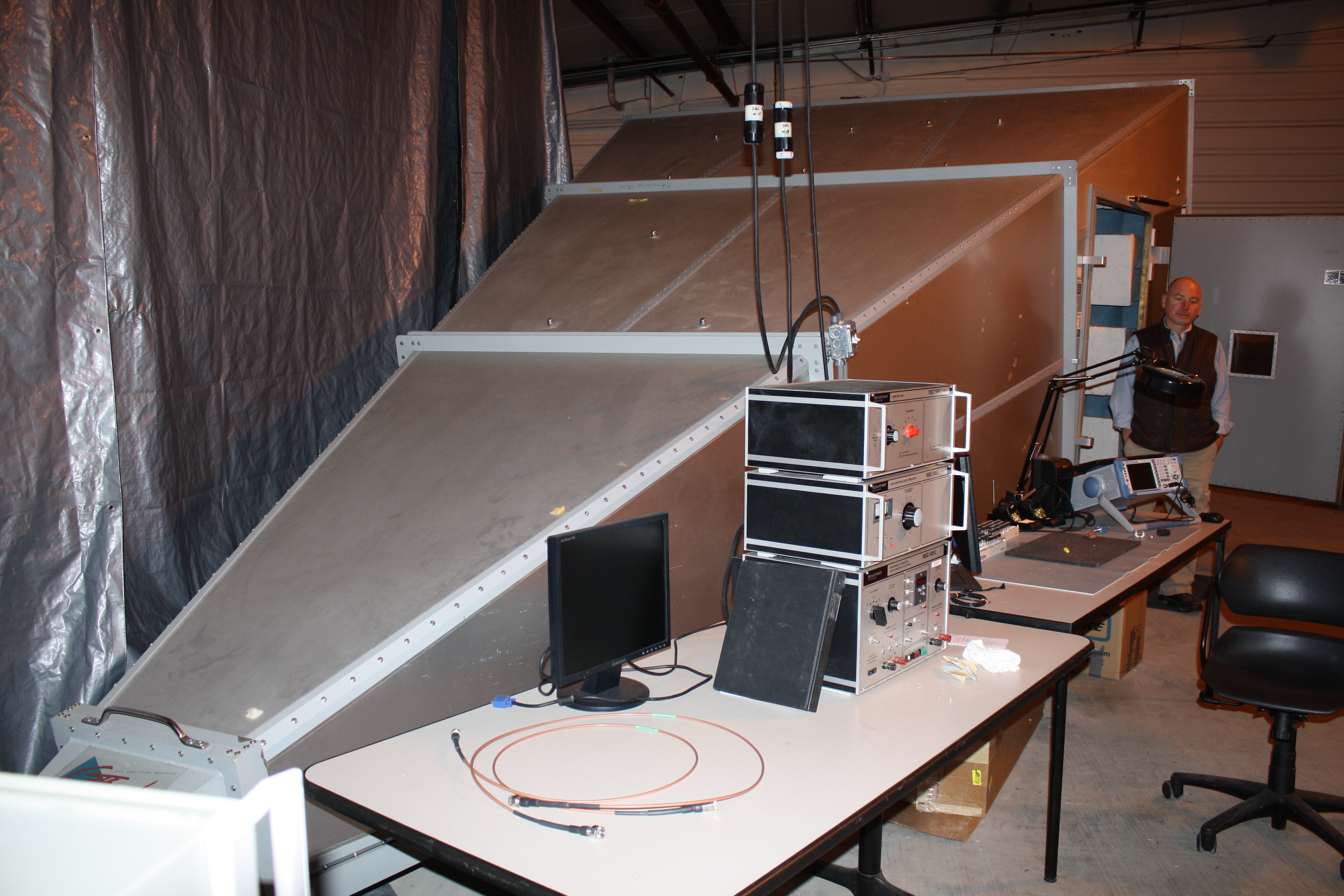 GRAND RAPIDS — As dean of the Padnos College of Engineering and Computing at Grand Valley State University, Paul Plotkowski deals with a lot of employers — hundreds of them, in fact.

But according to Plotkowski, they all have a pretty similar message:
“Give us more talent, yesterday.”

Plotkowski is trying to comply, steering an engineering college
through growth of between 10 and 20 percent per year, adding new
programs, and picking up programs from other parts of the university.

The Padnos College now has responsibility for Grand Valley’s
professional science master’s degree programs in medical and
bioinformatics, biotechnology and biostatistics. It’s also been given
coordination and support of the university’s occupational safety and
health programs, which graduate 25-30 safety engineers a year.

Like all his programs, Plotkowski said, “they’re seeing more demand
than we have graduates.”

“The companies in West Michigan asked for this school of
engineering,” Plotkowski said. “They’ve supported it since Day One,
and they have offered us a lot of programs to both cut the amount of
student debt students graduate with, maximize internship and coop
experiences, and create the pipeline.”

Co-op employment is also mandatory for students in the program,
and, Plotkowski said, “it’s more than just going to work. It’s three
alternating semesters of work that has an academic component.
Every student on co-op also has an academic advisor that’s handling
visits, their journaling and their academic work. We keep an ongoing
dialog with all our industry partners.”

Besides the challenge of dealing with that growth, Plotkowski is also
trying to attract more women to the field. It’s up to about 15 percent in the college overall and 20 percent in the engineering programs.

“What I’m prouder of is we’ve really done well in increasing the
representation of women on our faculty,” Plotkowski said. “When we became the Padnos College in 2004, 13 percent of my faculty was female. Today, 23 percent of faculty is female. And that includes CIS, which has got the worst numbers as the industry. The faculty here has grown by 50 percent in that time, but female faculty has grown by 166 percent. And we have found that true to everything you read, having good role models helps more than anything.”

Plotkowski is also heavily involved in outreach at the middle school
and high school level to build interest in STEM careers. Included are
support for First Lego League and tech summer camps — STEPS, for
girls coming out of the sixth grade, and Get With The Program, a
programming camp for girls coming out of seventh grade.

Running those programs was my next visit, with Sara Maas, outreach coordinator. She spends about half her time in outreach for the college, and half her time running the STEPS camp — for Science, Technology and Engineering Preview Summer.

It’s the 14th year for STEPS and Maas’ seventh year of being
involved. It’s an all-girls day camp that takes in about 80 girls a year — “we usually get about 125 applicants so there’s always a waiting list,” Maas said. The camp tries to hit about 30 percent minority
participation, offering a scholarship of its $75 cost and free
transportation to and from their homes. Subsidizing all this are the Alcoa Foundation, the SME Education Foundation, and Alcoa’s Whitehall plant, where they cast turbine blades for jet engines. “They see all that, the robotics and the automation, and the dirty side of it, and the quality control and the X-rays,” Maas said.

Tours are led by the 20 women employees at the plant. A bonus: Last year, one of the Alcoa engineers was a STEPS graduate.

When not working on STEPS, Maas works on entertaining a heck of a lot of students on field trips to the Padnos College. Tour group ages range from third grade to high school.

“You get juniors and seniors really looking at where they want to go
and what they want to do, and freshmen and sophomores who need
to know what kind of classes they need to be college ready for a
college engineering program,” Maas said.

Younger kids also get to make their own battery-powered electric
motor and conduct an egg drop off the Padnos balcony. They also
get hands-on demonstrations of robotics and machine vision. And
then there’s the ever-popular Tickle Me Elmo, stripped of its skin and stuffing to reveal the engineering beneath, “so they can see it’s not magic, it’s switches and wires and batteries and design.”

When the program was established in 2007, it was one of a very few
programs nationally to get funding from the federal stimulus program. The original thought was that biomedical engineering would be a good field to retrain automotive engineers in — since those auto engineering jobs were “never coming back.” Well, now, of course, those auto engineering jobs are roaring back — but Grand Valley is still attracting 50 undergraduate students to the biomed minor and has about 25 students in its master’s program.

Rhodes and John Farris, professor of product design and
manufacturing, said the program is now seeking corporate funding to replace the federal stimulus program to provide master’s students with tuition and a living stipend in exchange for their work on corporate biotech projects.

The company “pays them a stipend and tuition, and they work on a
project with you. So you essentially have a two-year interview period.” Grand Rapids’ Spectrum Health is already funding students under the program, and more health-related companies are being sought for support.

The program’s graduates wind up working at employers like the Van
Andel Institute, the cancer research organization, and design firms
like Dorner Works, that works with GE on designing medical products, and Stryker Corp., a Kalamazoo maker of medical devices and hospital beds.

More about Grand Valley’s biotech program at
www.gvsu.edu/engineering/biomed. And Rhodes will be speaking
Friday about the program at the Midwest Biomedical Engineering
Career Conference being held at Wayne State University. More at
http://bmes.org/mbecc14.

My final stop at Grand Valley was a few blocks west of the downtown Grand Rapids campus at the Electromagnetic Compatibility Center — a former Grand Valley groundskeeping building now partially converted into a high-tech playground by Bogdan Adamczyk, professor of electrical engineering.

Essentially, the lab will provide low-cost, flexible pre-compliance
testing of electronic devices before they are submitted to the Federal Communications Commission for testing to make sure they won’t interfere with other electronics.

Adamczyk, who spent seven years in the auto electronics industry
before joining Grand Valley 15 years ago, noted that “virtually any
electronic device must be tested for compatibility with other electronic devices under regulations from the government and industry. But that testing is expensive, time-consuming, and generally not done locally. What we offer is pre-compliance testing, to improve a company’s chances of passing the test on the first try. Most small companies usually cannot afford to do this. We offer very competitive prices. We offer the use of the facilities on very short notice. And we allow do-it-yourself testing on approval.”

The lab itself looks a bit like something out of a science fiction novel
(which is probably why the Grand Valley people knew I’d love it), with large metal chambers packed with antennas and reflective and
absorptive materials, surrounded by racks of computers and other
electronics. The equipment tests for radio emissions, both radiated
and conducted, and has a scanner to determine which part of an
electronic device is emitting stray RF. More test chambers are being
added soon, one as a student project.

Adamczyk said much of the equipment in the lab has been donated
by electronics manufacturers, and more donations are being actively
sought. More at www.gvsu.edu/engineering/EMCCenter, or contact
Adamczyk and adamczyk@gvsu.edu.

And after a quick podcast interview with Dean Plotkowski, so ended
my tour of Grand Valley. Once again I’m impressed with the nimble,
entrepreneurial spirit of this school — rare for a state institution — and the way it’s stepped up to the demands of Grand Rapids area employers.

Tomorrow, I’m off to another West Michigan engineering powerhouse, Western Michigan University. Can’t wait to see what those Broncos have saddled up.