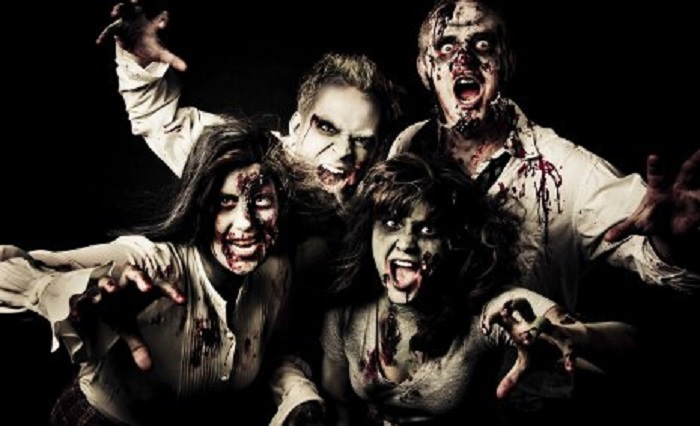 hOUGHTON — Don’t be alarmed if you see zombies roaming the Michigan Technological University campus on Thursday night. They’re not looking for tricks or treats; they’re probably attending “Undead U: A Zombie Symposium.”

Michigan Tech hosted the first Undead U symposium last year, and Undead U returns to campus Thursday, Oct. 30, at 7:30 p.m. in Fisher Hall 139, featuring a lineup of actual zombie scholars from across the nation. Talks will touch on the history of zombie epidemics, why zombies in popular culture look the way they do and what it might be like to be a zombie.

The Meaning of Zombies

“We’re not just talking about pop-culture zombies,” said Syd Johnson, assistant professor of philosophy and bioethics and Undead U coordinator. “Zombies are everywhere these days for entertainment, but they’re also a really interesting way of contextualizing real-world concerns.”

Looking at zombies provides a new way to think about current events — like the recent Ebola outbreak, Johnson said.

“These things happen from time to time,” he said. “Disease is frightening, but something people like, like zombies, makes for an interesting way to approach these topics. We’re bringing an infectious disease specialist as one of the guest speakers … a fascinating way to look at real-world issues.”

Each of the symposium’s four speakers will present for 20 to 30 minutes, with a question-and-answer session between each speaker.

“This event is really an informal, educational and fun way to learn more about ourselves,” Johnson said. “There are lots of important questions that come from thinking about the undead.”

Philosophical, ethical and scientific questions run amok when considering a world where the dead spring back to life.

Fear of the Undead

“Zombies are an example of a worst-case scenario,” Johnson said. “It taps into our fear of death, disease and contagion. Parts of it are make-believe, but other parts are very real.”

The lore and story of zombies make us think about our place in the world, our social connections, our own actions, she says.

“Confronting the undead reminds us that life is good,” Johnson said. “We’re okay because we’re not like that. Whatever else could happen to you in the course of your day, at least no one is trying to eat you.”

“Undead U: A Zombie Symposium” is free and open to the public. Participants are welcome to come in zombie garb — but Johnson reminded attendees, “just don’t bite anyone.”