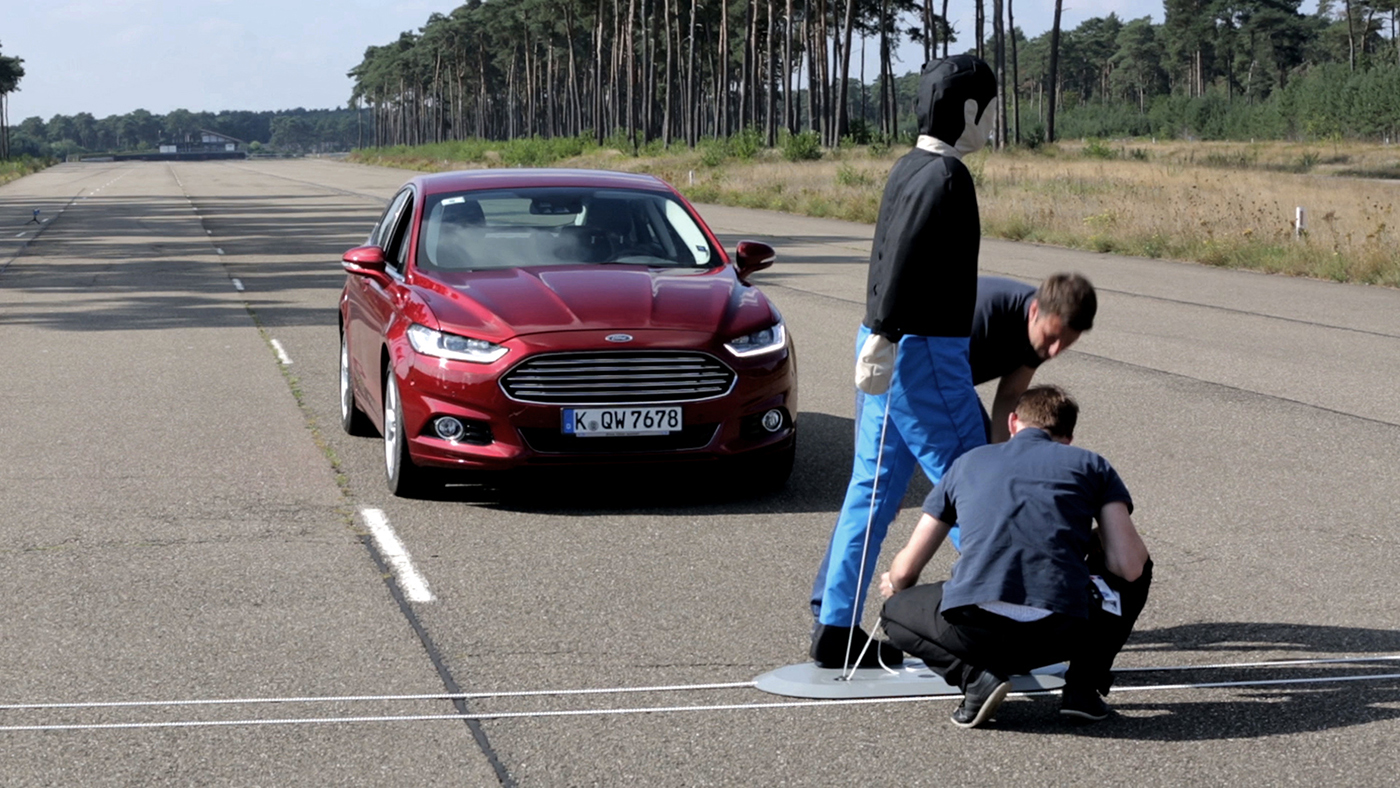 DEARBORN — Ford Motor Co. Thursday announced a new system called Pre-Collision Assist With Pedestrian Detection, designed to reduce the severity of frontal collisions, and in some cases avoid them entirely.

The system will debut on the 2015 Ford Mondeo in Europe, the car known in America as the Fusion. It uses a combination of radar and camera technology to scan the roadway ahead. If a collision risk with a vehicle or pedestrian is detected it provides a warning to the driver.

And, if the driver does not respond in time, the system can automatically apply up to full force of the brakes to help reduce the severity of, or eliminate, the collision.

The automaker said that after rolling out as an option on the 2015 Mondeo, on sale in Europe later this year, the system will then roll out to other Ford and Lincoln models around the world.

Ford says the Pre-Collision Assist may help drivers avoid rear end collisions with other vehicles at all speeds, while Pedestrian Detection can help the driver avoid pedestrians at lower speeds.

Ford says the system is not meant to “replace the driver” and will be of more limited effectiveness during the night, and due to some weather conditions and low or harsh lighting conditions. But during daylight and clear weather conditions, the new technology may detect people in or near the road ahead, or pedestrians crossing the vehicle’s path.

The system processes information collected from a windshield-mounted camera and radar located near the bumper; it then checks the information against a database of pedestrian shapes to help distinguish people from typical roadside scenery and objects.

Ford says its engineers tested the system on closed test tracks using rigs fitted with mannequins to replicate pedestrians. They then spent months refining the technology on roads around the world to test system reliability.

“This real-world testing was an important part of the development, because pedestrians in an urban setting can present a wide range of potential situations,” said Scott Lindstrom, Ford manager, Driver Assist Technologies. “We covered more than 300,000 miles on three continents that included a wide range of settings and situations.”