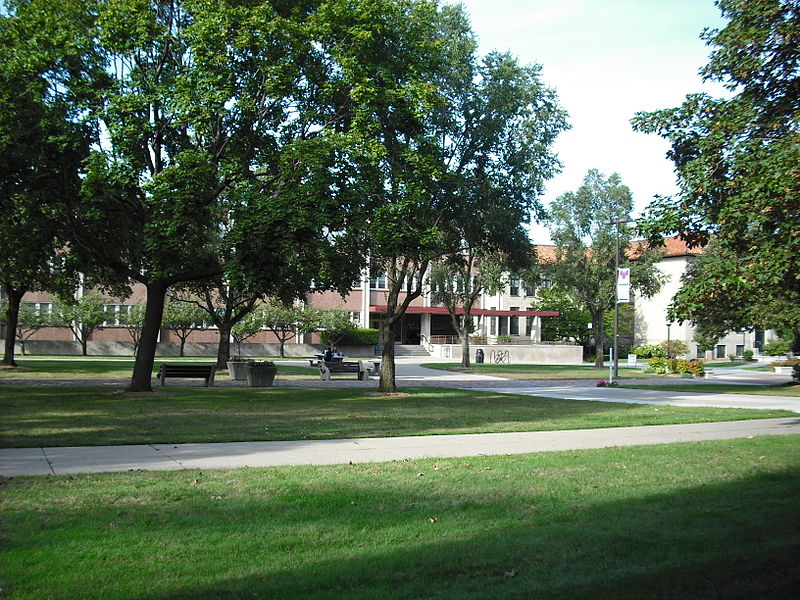 DETROIT — The National Institutes of Health has awarded a consortium of four Detroit colleges and universities $21.2 million to implement a five-year program encouraging more undergraduate students from underrepresented and economically disadvantaged backgrounds to pursue careers in biomedical research.

During the first year of the grant, the four partner institutions will redesign their curriculum with an emphasis on peer mentoring, early introduction to laboratory research and dedicated faculty advising. The program will recruit its first cohort of students in the second year and begin their training.

University of Detroit Mercy is the primary institution responsible for managing the grant. UDM faculty will provide research opportunities and mentorship for program undergraduates.

The grant was awarded through the NIH’s Building Infrastructure Leading to Diversity (BUILD) initiative, created to get more minority and economically disadvantaged students in the STEM pipeline, expose students to research in laboratories, and enhance the research-training environment.

Studies have shown students from underrepresented backgrounds enter early biomedical research training in numbers that reflect the general population, but they are less likely to persist.

The Detroit consortium’s project is called REBUILD Detroit — an acronym for Research Enhancement for Building Infrastructure Leading to Diversity.

REBUILD Detroit’s goals are aggressive: To have at least 75 percent of its scholars graduate with bachelor’s degrees in biomedical science-related fields, and to have 50 percent of those graduates enter biomedical research doctoral programs.

To recruit as broad and diverse of a group of students and offer them research training and mentorship activities in a variety of disciplines, the different but complementary Detroit institutions decided to collaborate. Combined, the four colleges and universities enroll more than 47,000 undergraduates, of whom more than 50 percent of whom are underrepresented minorities or qualify for federal financial aid.

“The NIH-funded REBUILD Detroit consortium will contribute significantly to the achievement of the nation’s goal of annually producing 34 percent more undergraduate students with biomedical degrees over the next 10 years,” said Dr. Antoine M. Garibaldi, president of University of Detroit Mercy. “Our four institutions are uniquely qualified to address this major challenge because of our biomedical programs and the expertise of our faculty in those fields.”

Marygrove College and Wayne County Community College District will be pipeline partners for REBUILD Detroit, expanding the pool of students in the program and co-developing and implementing support programs that enable students to learn coursework necessary to enter research careers, in addition to participating in research and mentoring activities.

“Since the curricular design will impact all undergraduate students enrolled in biomedical science courses, we’re confident REBUILD Detroit will have a halo effect on far more students than those participating in the program,” said Marygrove President Dr. David J. Fike. “History has shown addressing challenges that disproportionately affect minority populations often have a transformative impact on the majority as well.”

WCCCD Chancellor Dr. Curtis L. Ivery added, “The elements of REBUILD Detroit correlate strongly with retention of science majors for both underrepresented and non-underrepresented minority populations. It’s vital that students are aware of opportunities in the sciences as early as possible, and that we’re here to support them and ensure that they succeed.”

Wayne State will serve as the research partner in the consortium. As such, it will mentor faculty from other institutions in research skills; provide research-training opportunities; and provide REBUILD scholars skills development in grant applications, graduate school preparedness, and networking opportunities. Prior to joining WSU, President M. Roy Wilson co-chaired the NIH Common Fund programs, which resulted in the development of the BUILD funding opportunity.

“There are compelling reasons to promote diversity in biomedical research,” said Wilson. “It’s clear that diversity is fundamental to innovation. A variety of perspectives are critical to solve sciences’ most complex problems, and the REBUILD Detroit project will train a more inclusive group of researchers and scientific leaders.”

NIH plans to spread successful strategies developed by the grant widely, so institutions beyond those directly supported by the program may adopt and implement the most effective strategies.

The National Institutes of Health grant number for this award is 1TL4MD009629-01.