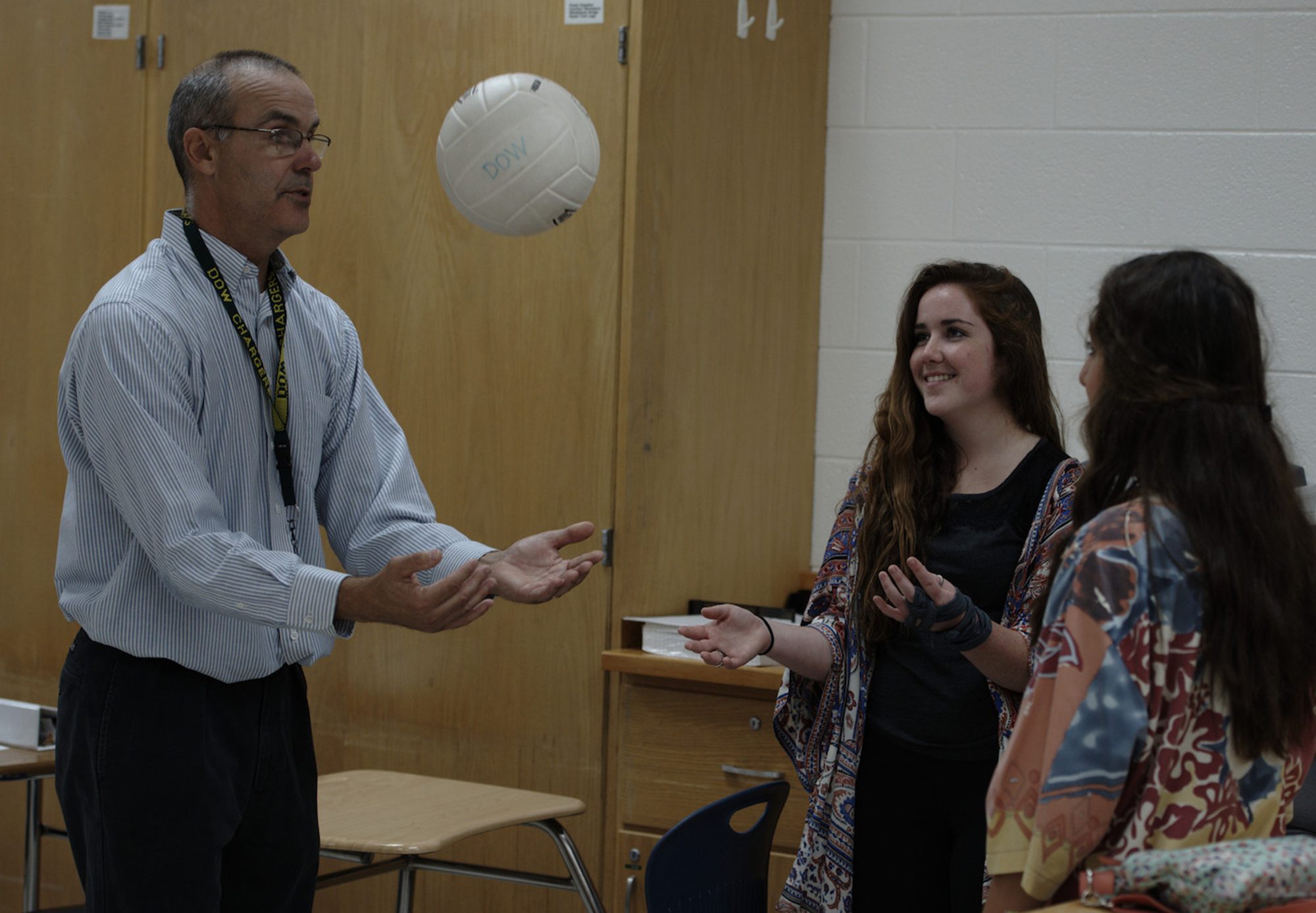 MIDLAND — The sun isn’t the only factor powering Ellen Lavigne’s interest in solar energy. With the help of Saginaw Valley State University and the Dow Corning Foundation, the junior at Midland’s H.H. Dow High School is working to build a miniature solar-powered car.

Lavigne is one of 90 students at her school benefiting from the Dow Corning Foundation-SVSU STEM Community Partnership. The initiative – which currently involves schools in Saginaw, Bay, Midland and Tuscola counties – is aimed at piquing K-12 students’ interests in STEM fields, science, technology, engineering and mathematics.

Early on, that aim seems to be working on teenagers such as Lavigne and Stephanie Carras, two students in H.H. Dow teacher Thomas McNamara’s fourth-hour physics class.

One of 13 teachers from the Great Lakes Bay Region selected to receive both STEM education-based training and funding this year, McNamara has tasked his students with projects inspired by the Dow Corning Foundation-SVSU partnership. The alternative energy vehicle design is the first of many projects planned in his new curriculum.

“I’m really excited about this whole project,” the 27-year veteran teacher said of the STEM partnership. “The students all have more ownership of the science.”

The STEM initiative has funded the purchase of equipment used to build the cars as well as high-tech motion sensors that allow the students to track the science that makes these vehicles move. A year ago, McNamara’s class instead was studying already-built fan-powered miniature cars, using more dated equipment to study the physics.

McNamara’s new class project lineup later in the year will have students design and build musical instruments and wind turbines. Assignments will address the concepts of energy transfer, sound resonance, and kinematics, which is the study of mechanics.

McNamara will work together with Tami Sivy, SVSU associate professor of chemistry, over the next year in order to carry out the project. Each teacher involved in the program worked with SVSU faculty as part of the partnership, which was funded by a $254,000 Dow Corning Foundation grant.

The program was initiated in part because of exam results indicating a majority of local high school students are not considered college-ready in the STEM fields despite the growing emergence of job opportunities in related industries within the region.

McNamara said, early on in the school year, the STEM partnership is paying off in his classroom.

“It’s allowed me to step back and look at how I’m teaching the kids, and consider what would make them want to learn more about STEM.”