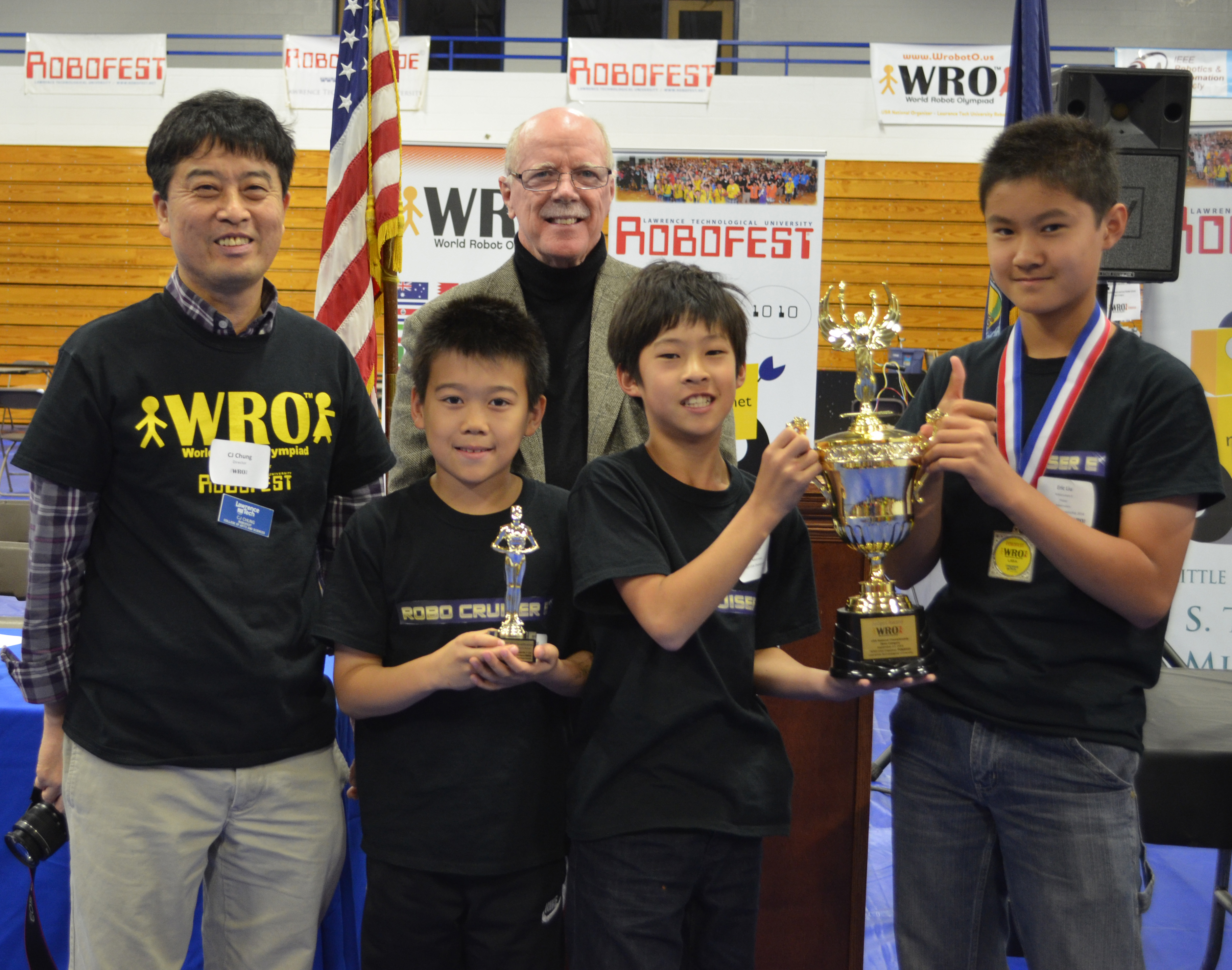 SOUTHFIELD — Three seventh graders from Canton and Northville have earned the right to represent the United States at the World Robot Olympiad by winning the Open Senior category of the national championships held Sept. 27 at Lawrence Technological University.

Eric Liu (seventh grader, Canton East Middle School) and Brian Ding and Justin Chang (seventh graders, Northville Hillside Middle School in Northville) competed as the Robocruisers E team and took first place in this year’s Open Elementary category competition with “Titan Hovercraft System.” The task in this category is to design and create robots that can assist humankind in solving tasks in space.

This is the first time the United States is participating in the WRO international competition, which was founded in 2004. This year, more than 20,000 competitors from elementary school through college in 50 countries used Lego and other kits to build robots that perform multiple tasks.

The three seventh-graders were intrigued to learn in June that NASA has proposed sending a drone to land on Titan, the largest moon of the planet Saturn. The mission would also include a submarine to explore the biggest lake on Titan — which in the frigid, 300-degrees-below-zero conditions on Titan, is made up of liquid methane, better known on Earth as natural gas.

The three seventh graders figured they could go NASA one better, designing a robot that could maneuver in both the liquid of Titan’s lakes and on solid ground.

A major goal of the WRO competition is to provide students with a fun way to learn more about science, technology, engineering and math – the STEM subjects.

“Robotics is fun for these students because what they create actually comes alive. That’s what autonomous robotics is all about,” said LTU professor CJ Chung, the founder and director of Robofest at LTU and the WRO national director for the United States. “Robotics is a game changer in many fields including education, since it provides a true interdisciplinary hands-on STEM learning environment. Our country needs many more people with technology knowledge and skills, and student competitions like the WRO can help us achieve that goal.”

For more information, go to www.wroboto.us.

Lawrence Technological University, www.ltu.edu, is a private university founded in 1932 that offers more than 100 programs through the doctoral level in its Colleges of Architecture and Design, Arts and Sciences, Engineering, and Management. PayScale lists Lawrence Tech among the nation’s top 100 universities for the salaries of its graduates, and highest in the Detroit metropolitan area. Lawrence Tech is also listed in the top tier of Midwestern universities by U.S. News and World Report and the Princeton Review. Activities on Lawrence Tech’s 102-acre campus include over 60 student clubs and organizations and a growing roster of NAIA varsity sports.