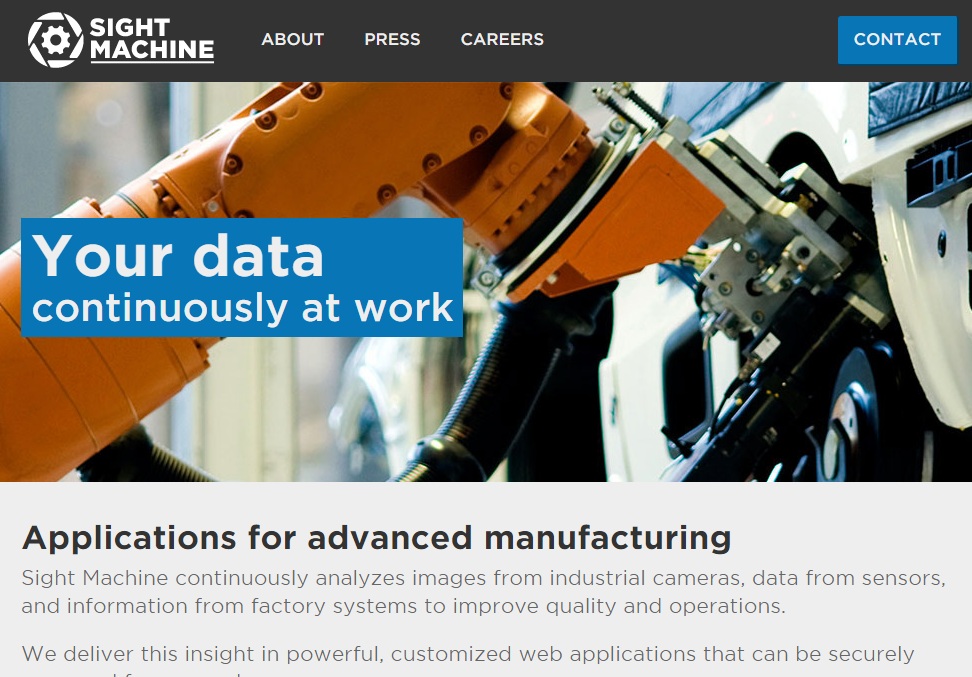 In a press release, Sight Machine said the new Troy office would give it “a strong presence in the heart of the Detroit automotive manufacturing community.”

Fetterman said the Troy office would be hiring eight to 10 employees over the next six to 12 months — most in sales and marketing, but also a couple of systems engineers. After 12 months, Fetterman said, “we will ramp up software development and engineering in Troy and expect to grow pretty rapidly after that.”

Sight Machine was founded in Ann Arbor, where it still has eight employees. The company’s headquarters is now in San Francisco, where it has about 10 employees, Fetterman said.

Said Sight Machine co-founder and CEO Jon Sobel: “Having proven our technology, Sight Machine is experiencing a strong pull from global manufacturers. This expansion in our leadership team gives us the sales and marketing firepower we need to serve more top-tier manufacturers.”

Sight Machine also named Brian Gillespie as director of global sales. Gillespie has nearly 20 years of experience selling complex and powerful technology into the manufacturing industry. Most recently, Gillespie was vice president of sales at Imaginestics LLC, an Indiana-based developer of industrial design software. Previously Gillespie was director of sales at Plex Systems.

Plex was purchased by San Francisco-based Francisco Partners in 2012. New York-based Apax Partners acquired a majority stake in the in 2006. Plex was established in 1995 as Plexus Systems, providing client-server manufacturing software. The company began offering its software in the cloud in 2001 as Plexus Online.