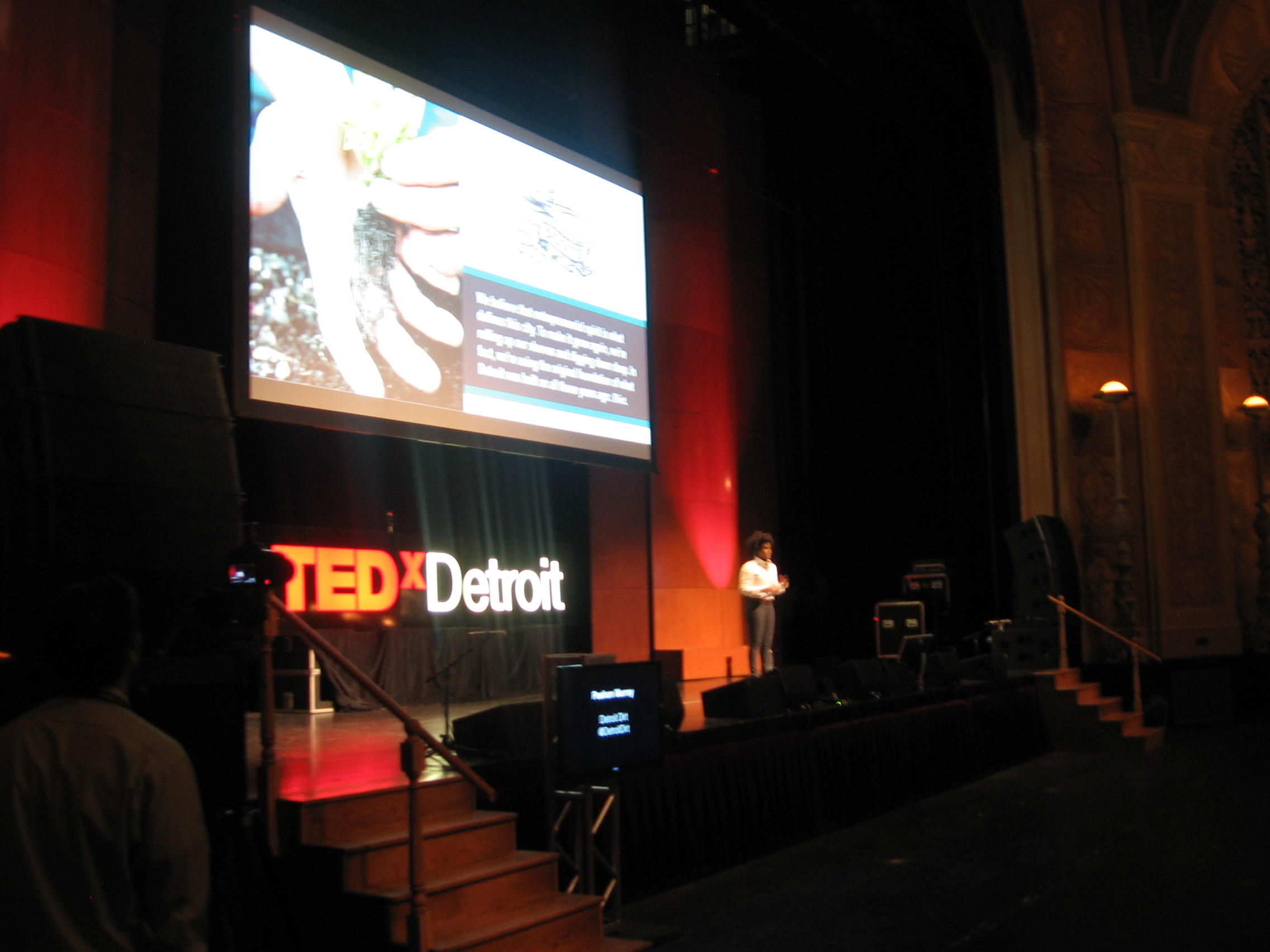 Call it the start of Brainiac Week in Detroit.

Hundreds of people packed the Detroit Opera House Tuesday for the sixth annual TEDxDetroit, a series of 15-minute presentations on a variety of topics connected to the acronym Technology, Entertainment and Design.

And later this week, it’s Meeting of the Minds, the high-powered
conference of technology, transportation and more, designed to help Detroit thrive in the 21st Century.

TEDxDetroit featured a diverse, eclectic group of speakers, ranging
in age from 12 to 65, talking about their efforts to boost business and culture in Detroit and beyond. The crowd — whose average age was a lot closer to 12 than 65 — cheered enthusiastically at everything from a radiation physicist who uses 3D printing in his work with cancer patients, Indrin Chetty of Henry Ford Health System, to executives with Detroit-area software companies like Plex and Altair, to dance, to music.

Dr. Joyce Lee, a pediatrician at the University of Michigan Hospitals, talked about how she and her son, who has severe food allergies, developed a simple, effective video providing instructions for using an epi-pen, replacing a virtually incomprehensible two-page instruction sheet. (There’s a website on the effort at ihavefoodallergies.tumblr.com.)

Jason Hall, whose Detroit Bike City “Slow Roll” see-the-city-by-bicycle group was part of earlier TEDx events, also made an appearance — including showing the Apple commercial about the effort.

Pashon Murray talked about Detroit Dirt, the company she founded to take the city’s food waste and turn it into compost, better known as soil.

Kicking off the event was Steven Goldner, whose CureLauncher links patients in need with clinical trials of new medicines — and whose career started with the commercialization of methadone, which helps heroin addicts kick the habit.

Anne Marie Sastry of the battery firm Sakti3 talked about how batteries have turned us all into superheroes, able to communicate around the world at the blink of an eye. Oh, and by the way, she’s working on batteries so much better than current ones they’ll lead to easy storage of renewable energy, electric cars everyone can afford, electric aircraft, better robots, and who knows what else.

Detroit’s legacy industry in cars was also a strong presence, from the auto displays to talks on the future of manufacturing, which is tied in to wireless technologies and software.

And there was a touching memorial to Detroit poet David Blair, who died in 2011, whose stirring poem to the city, “Detroit (While I Was Away),” was presented at the first TEDxDetroit in 2009.

The entire event was livestreamed and a replay is available at www.tedxdetroit.com.