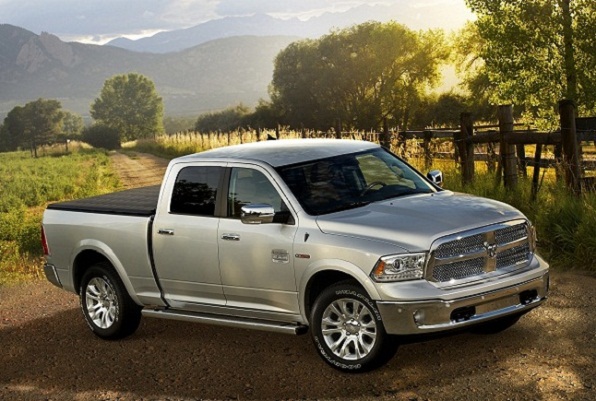 The company says that when the Ram 1500 EcoDiesel opened for orders earlier this year, Ram Truck received more than 8,000 requests within three days, which quickly filled the initial allocation for the exclusive powertrain.

The 2015 Ram 1500 with the 3.0-liter V-6 EcoDiesel packs 240 hp, 420 foot-pounds of tourque and gets 28 mpg. It also boasts 9,200 pounds of towing capacity, as well as high-tech touches like an eight-speed automatic transmission, a thermal management system, and active aerodynamics like grille shutters and an air suspension that lowers the truck at highway speeds.

“Innovation sometimes comes with risk, but being first to market with a diesel engine for the half-ton segment has shown to be a great decision for the Ram Brand,” said Bob Hegbloom, president and CEO of the Ram Truck brand at Chrysler Group. “The Ram 1500 EcoDiesel is a game-changer in the industry, and has proved to be a key to conquest sales over our competitors.”

Ram truck is the only manufacturer to offer a light-duty diesel powertrain. Nearly 60 percent of all Ram 1500 EcoDiesel sales are conquest over competitors, an achievement considering brand-loyal strength of the segment. The premium powertrain also contributes to an increase in the Ram 1500’s average transaction price according to auto analysts JD Power.

The EcoDiesel, developed and manufactured by VM Motori (a Chrysler supplier since 1992) is one of the most advanced diesel engines in the marketplace. Equipped with a diesel oxidation catalyst, diesel particulate filter, and selective catalytic reduction, it is emissions-compliant in all 50 states.