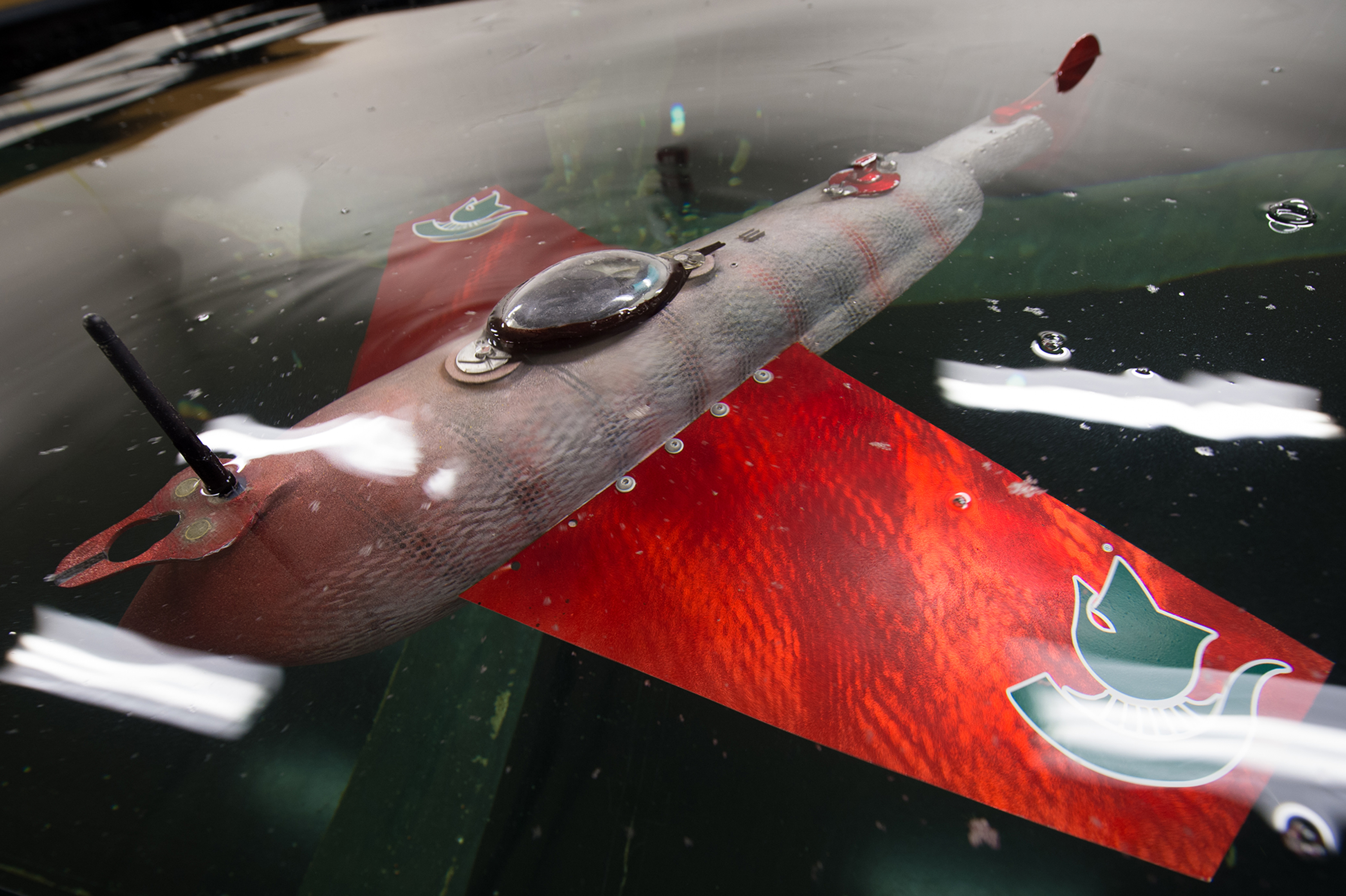 The robot, developed by researchers in MSU’s College of Engineering, was designed to cruise lakes and rivers collecting data on water quality, temperature and other important environmental factors.

Now, using a $1 million grant from the National Science Foundation, the MSU team will collaborate with the U.S. Geological Survey to use a school of these robots to locate and “stalk” fish of interest in the Great Lakes.

The robot, dubbed “Grace” (short for Gliding Robot ACE), is a hybrid of an underwater glider and a robotic fish, one that is both energy-efficient and highly maneuverable.

The new robots will be equipped with receivers that will detect the presence of fish implanted with acoustic-transmitting tags.

The new robots will be equipped with receivers that will detect the presence of fish implanted with acoustic-transmitting tags.

“Think about the GPS in your smartphone, which tracks your movement,” said Xiaobo Tan, an associate professor of electrical and computer engineering who is heading up the project. “Basically the robots will form an equivalent of a GPS satellite network underwater, to localize and follow tagged fish in their vicinity.”

The ultimate goal is to track the movements of the fish, including lake trout, walleye and lake sturgeon, to identify important habitats, understand why they move from one place to another, and how they are being affected by invasive species such as sea lampreys.

“The ability to track fish from mobile platforms like the robotic fish will be a huge leap forward for fishery research and assessment — not just in the Great Lakes, but around the world,” said Chris Holbrook, the USGS collaborator.

Added Tan: “Existing technologies use predominantly stationary receivers for detecting tagged fish, which are limited in both precision and tracking range. For example, they can only be deployed close to shore and if the fish they are following swims out into the open lake, it can be very hard to track.”

A major challenge, said Tan, is adapting the robotic fish to keep up with the real fish. A lot of their work focuses on the development of models of fish movement.

It wasn’t long ago that many Great Lakes fish, such as the lake trout, were seeing their numbers dwindling due to over-fishing and invasive species. However, over the last decade, they have rebounded.

“It’s imperative that we know the why, when and where of the habitats these fish use,” said Charles Krueger, a professor of fisheries and wildlife and Center for Systems Integration and Sustainability, who also is a member of the team. “This project holds great promise in helping answering these questions.”

One of the major benefits of this new technology will be cost. The cost of an underwater glider, which has been explored for detecting tagged fish, can be as much as $300,000 per unit. These smaller gliding robotic fish will also have a much smaller price tag.

Also a member of the research team is Guoliang Xing, an MSU associate professor of computer science and engineering.