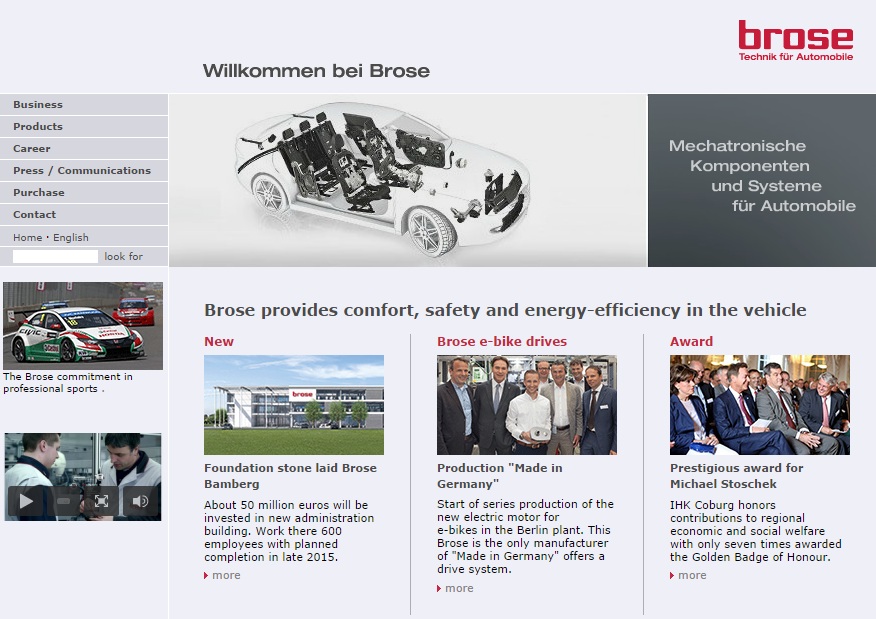 The company says the plant has created 450 new Michigan jobs and represents an investment of $62 million.

“Since 2010, we have invested $74 million in Michigan and this number will only grow,” said Jan Kowal, president of Brose North America. “Between 2014 and 2020, we are projecting an investment close to $100 million and an additional 400 jobs to support our customers, 75 percent of which are car manufacturers with headquarters in the Detroit area. We continue to invest in
Michigan because it has historically offered the skilled workers, reliable suppliers and favorable economic climate required for Brose success.”

“Our intention is to produce a large part of our product portfolio here in our New Boston plant,” said Jorg Craichen, the plant’s general manager. “The production has ramped up and the volumes are increasing by a great amount. The purchase of this building sends a clear message to the region and our customers that we’re committed to long-term investment in the area.”

The company currently has three locations in Michigan — regional
headquarters in Auburn Hills, a production plant in Warren and now a plant in New Boston — and heavily invests in finding and developing talent from the region. Brose also has five other North American locations.

Brose, a family owned company, employs close to 22,000 people at 57 locations in 23 countries around the world, and has sales of 5 billion Euros a year.