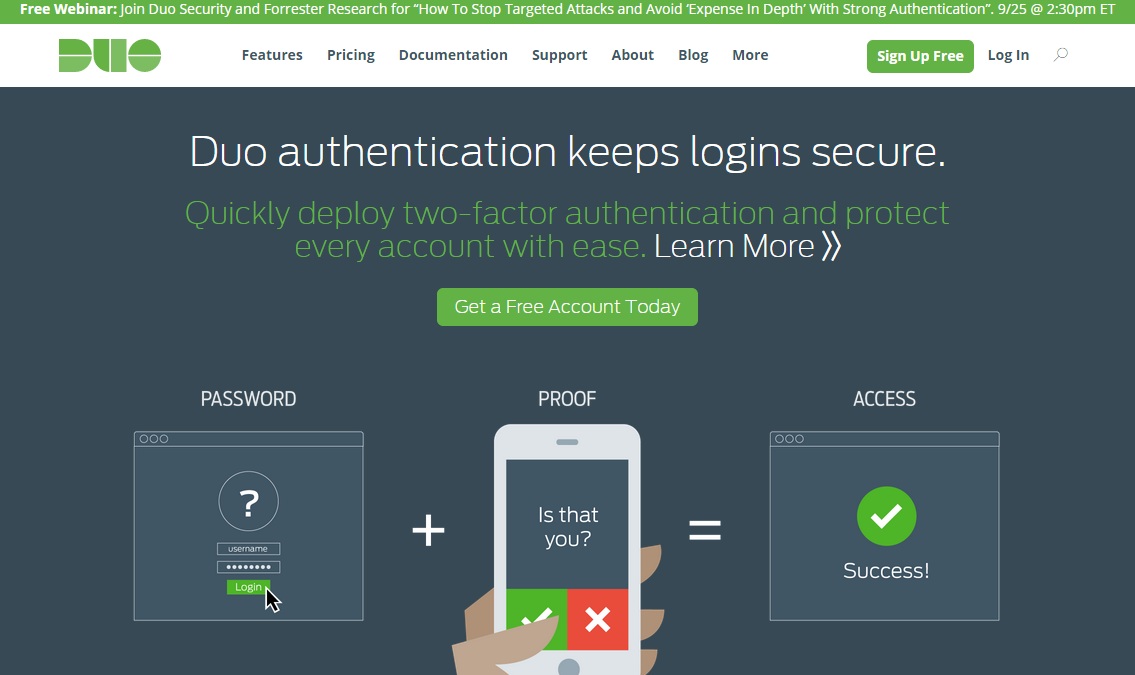 The round was led by Benchmark Capital of Menlo Park. Calif.

Duo says it will use the money to fuel its growth and expand its product portfolio with additional security technologies to protect user access of corporate services and data.

Additional investors that participated in this funding round include Google Ventures of Mountain View, Calif., True Ventures of San Francisco and Radar Partners of Palo Alto, Calif.

Dug Song and John Oberheide founded Duo Security in 2009. Song is its CEO and Oberheide its CTO. Song was formerly chief architect of cloud computing at Barracuda Networks, a provider of email and web security appliances. He was also co-founder and chief security architect at Arbor Networks, a top security provider. Oberheide held R&D positions at Merit Network Inc. and Arbor Network and has more than 50 publications and conference presentations on mobile, cloud and software security.

“Dug Song and Jon Oberheide are the kind of passionate and ambitious entrepreneurs Benchmark is proud to back and work alongside,” said Matt Cohler, general partner at Benchmark and Duo Security board member. “Smartphone proliferation, the shift in IT environments to the cloud, and business users’ increased expectations for consumer-grade enterprise software products give Duo Security the opportunity to lead and change the face of the security market in a post-firewall world.”

In the last few years, traditional IT environments and the way users access corporate services and data has been disrupted through the rapid adoption of cloud and mobile technologies. When services hosted in the cloud are accessed by users from employees’ and customers’ mobile devices, the ability to secure that access is both increasingly challenging and important. Malicious attackers have exploited those weaknesses, resulting in daily headlines of massive breaches across all kinds of organizations. In response, organizations have turned to two-factor authentication as an effective security technology to prevent credential theft and breach.

To date, Duo Security’s two-factor authentication service has provided the security foundation for more than 5,000 organizations to protect their distributed users and distributed infrastructure.

“We’ve always had ambitions beyond two-factor authentication to build a unified security platform that empowers the mid-market to appropriately protect themselves,” Oberheide said. “We’re on a mission to democratize effective security technologies for everyone, not just the Fortune 500.”

Added Song: “With this additional financing, we can continue to scale our sales, marketing, and product development to build a strong security solution to protect organizations worldwide.”

Duo Security is based in Ann Arbor, and is moving its headquarters to a 14,000-square-foot space at 123 N. Ashley St., three times the size of its old headquarters space in Ann Arbor’s Kerrytown district. The company’s customers include Facebook, Etsy, Random House, Paramount Pictures, Toyota and Yelp. The company has several job openings on its website, www.duosecurity.com, where users can also get a free tryout of its two-factor authentication system.

Benchmark was established in 1995. In 1997, it invested $6.7 million in eBay, which made it worth more than $5 billion by the spring of 1999. Its other investments have included Snapchat, Instagram, Wix, Zillow, Uber, Twitter and Yelp. More at www.benchmark.com.