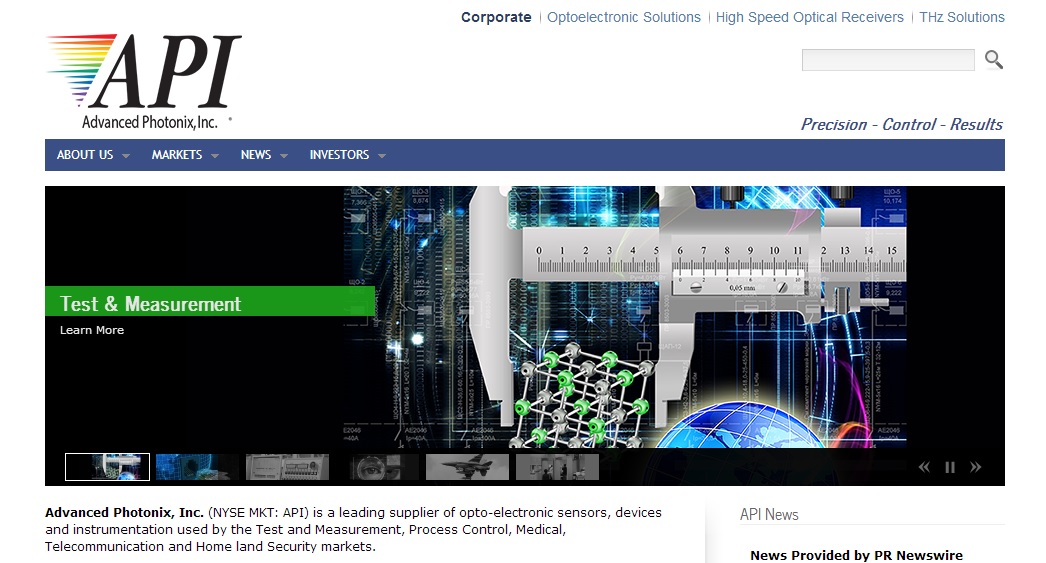 ANN ARBOR — Advanced Photonix Inc. (NYSE MKT: API) said it has received a contract worth about $1.6 million from an unnamed military contractor that is a supplier for the U.S. Navy’s Guided Missile Weapon System.

The contract is for a custom photodiode and is expected to be
completed within the next 18 months, and payment is due upon
shipment.

“This vital missile program has been one of the Navy’s most reliable
missile guided systems, and we are proud to have been a part of this
successful endeavor,” API president and CEO Richard Kurtz said.
“This is an ongoing program which we have been fortunate to have for the past 15 years and expect this program to continue into the future.”

Photodiodes convert light into current; a conventional solar panel is
really just a large photodiode. In this application, the photodiode
serves as a detector on the missile’s proximity sensor. Because the
missile’s airframe rotates like a rifle bullet for greater accuracy, the
system requires four detectors mounted 90 degrees away from each
other. So as the airframe rolls, there is always a detector sensing for
proximity.

The RIM-116 Rolling Airframe Missile was developed as a
cooperative program between the U.S. and German governments and continues to be cooperatively produced and supported. Currently, there are two RIM-116 configurations: Block 1A (RIM-116B) and Block 2 (RIM-116C). Block 1A is nearing completion of full rate production. The RAM Block 2 configuration, for which API is
supplying its photodiodes, is currently in low rate initial production and undergoing developmental and operational testing.

In fiscal 2014, military and aerospace contracts generated $2.7
million of API’s total revenue of $29 million. API anticipates that this
contract, along with the absence of government sequestration this
fiscal year, will result in greater revenue from these customers.

This project is part of API’s Optosolutions line of business that serves not only the military-aerospace industry but also customers in testing and measuring as well as the medical market. In the T&M market, API technology is used in such diverse areas as water quality monitoring, the control of seed planting, safety monitoring, currency validation, counterfeit detection, and pyrometry (heat measurement at a distance). Among the uses for API’s work in the medical field are immunoassay testing, retina eye diagnostics, pulse oximetry and flow cytometry. The company estimates that the market for its optoelectronics is roughly $150 million a year.

In addition to its “optosolutions” business, API operates a high-speed optical receiver line of business which addresses bandwidth infrastructure demand: Long Haul/Metro 100G and beyond; fiber-to-the-curb; cloud computing; 4G/LTE wireless backhaul; and
manufacturing testing. The field has an expected annual growth rate
of more than 30 percent.