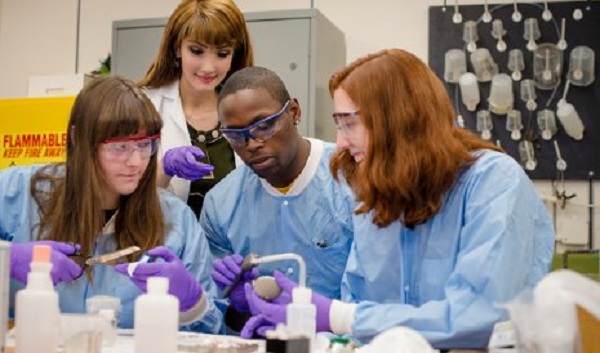 Enrollment totaled 7,100 this fall, up from last year and the second highest since 1983.

Female enrollment in the College of Engineering is 1,005, an all-time high representing 22 percent of the college’s students.

Graduate school enrollment also hit an all-time high this fall, at 1,442, or 20 percent of the student body. The graduate school received 1,800 more applications this year than last.

John Lehman, associate vice president for enrollment, marketing and communications at Michigan Tech, said the enrollment numbers “show that we are attracting and retaining an academically excellent and increasingly diverse student body.”

Retention — the percentage of first-year students who return for their second year — was 85 percent, the highest it has been since 1993.

Les Cook, vice president for student affairs and advancement, said of the retention figure: “Faculty and staff across the entire university have been working to support student success, often with the help of donors. The numbers reflect that effort and commitment to helping students to be successful both in and outside the classroom. ”

All state universities are required to submit preliminary enrollment numbers to Lansing during the second week of September.