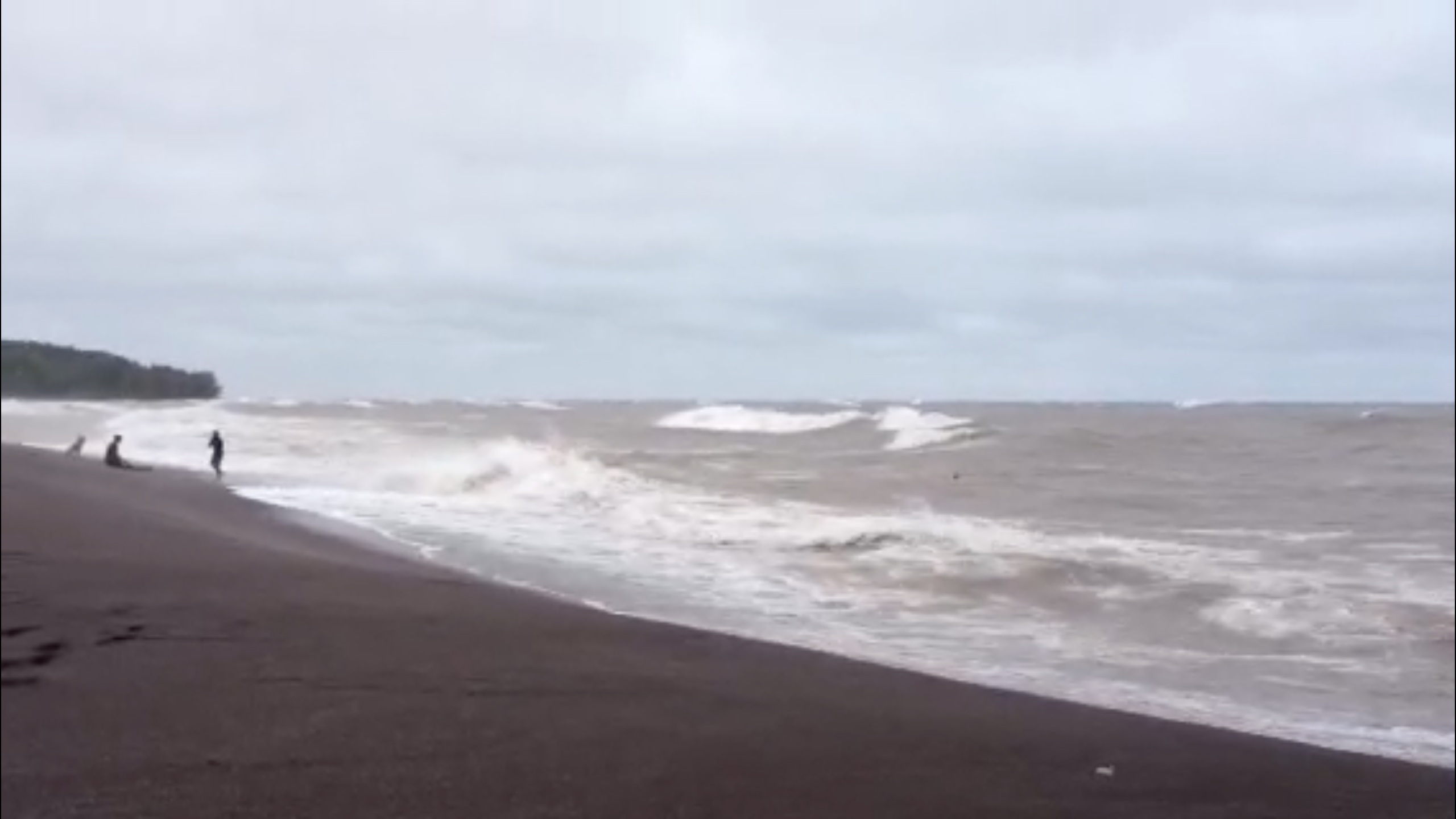 HOUGHTON — In the Detroit area people were relieved that the big rainstorm of Sept. 10 didn’t flood them out like the even bigger one of Aug. 11.

But in the western Upper Peninsula, the strong cold front that blew in those storms produced one of the most dramatic weather shifts in modern Lake Superior history, according to researchers at Michigan Technological University.

The storm Tuesday night caused waves in Lake Superior to grow from about six feet to more than 14 feet in less than eight hours. Those measurements were taken by a buoy maintained by Michigan Tech’s Great Lakes Research Center about two miles off the North Entry of the Portage Waterway that spans the Keweenaw Peninsula.

Even more amazing, the water temperature at the buoy dropped 20 degrees in a matter of about four hours — from 63 degrees to 43 degrees.

“This buoy has been out there about four years, and this is by far the most rapid change we’ve seen,” said Guy Meadows, director of the Great Lakes Research Center. “One of the distinguishing features from the ocean is how quickly things can change on the Great Lakes.”

Meadows said that after last year’s brutal winter, Lake Superior water temperatures have been running about 8 degrees below the levels seen in the past few summers, when the biggest Great Lake saw temperatures in many places near a relatively balmy 70 degrees.

But with the water temperature plummeting to just above 40 in September, Meadows said, “we are getting a little concerned at waht this winter might bring. Right now we are only 10 degrees above freezing.”

And what was the air temperature in Houghton on Thursday? “It was 43 when I got up this morning,” Meadows said. “Pretty much lake temperature.”

Meadows and his team of Great Lakes Research Center scientists are studying Lake Superior, its physical, biological and meteorological characteristics. They bring the expertise of many disciplines to their research; there are engineers who are doing biology and biologists who are doing engineering.

Their goal is to understand the rate and magnitude of changes in the Great Lakes so that engineers can design physical structures like pipelines and bridges appropriately.

More about the research center at http://www.mtu.edu/greatlakes/.