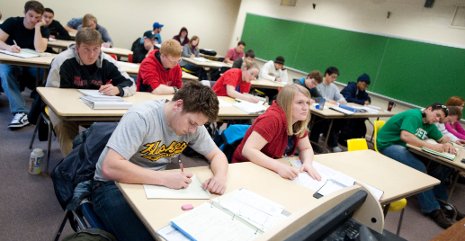 HOUGHTON — Officials at Michgian Technological University say the Upper Peninsula school continues to move up in the annual rankings of the best colleges and universities from US News & World Report magazine.

Michigan Tech also made the US News lists of “A-Plus Schools for B Students” and “Best Colleges for Veterans.” The magazine defines an A-Plus School for B Students as academically strong schools where promising students with less than the highest grades and test scores can be admitted and thrive. Best Colleges for Veterans are nationally ranked schools that are members of the Servicemembers Opportunity Colleges Consortium and charge in-state tuition to out-of-state veterans.

“It’s always good to see rankings increase, and these are consistent with what we’ve seen recently in Money Magazine and other rankings,” said President Glenn Mroz. “US News & World Report concentrates largely on factors like class size and entrance selectivity, while Money Magazine includes a measure of student placement that puts us in the top 12 percent. Nevertheless, being 56th among public universities in a country where every state in the union has a flagship institution indicates we are ranked with the best.”

Explaining the methodology of its overall undergraduate “Best Colleges” rankings, US News says it uses “quantitative measures that education experts have proposed as reliable indicators of academic quality, and our researched view of what matters in education.” The magazine combines indicators of academic excellence such as class size, entrance exam results, graduation and retention rates, student-faculty ratio, financial aid and alumni support. They also survey each school’s peers.

The US News undergraduate engineering program rankings are based solely on the judgments of deans and senior faculty at peer institutions, the magazine says. Engineering school deans and faculty members were surveyed in spring 2014 and asked to rate each program they were familiar with on a scale from 1 (marginal) to 5 (distinguished) for this ranking.