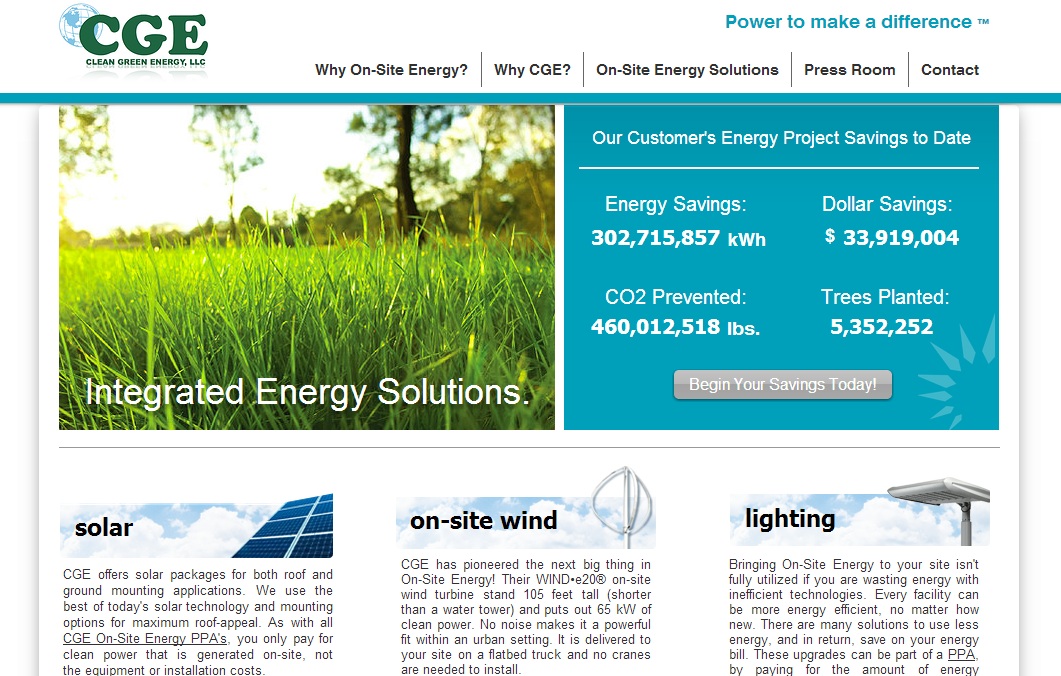 BRIGHTON — The energy optimization services provider Clean Green Energy LLC announced that it had passed the 300 million kilowatt hour mark of energy saved for its customers.

That milestone is the equivalent of $33 million in energy cost savings, or powering about 28,000 average American homes for a year.

“Three hundred million kilowatt hours are equivalent to 450 million pounds of greenhouse gas emissions or the effect of planting nearly 170,000 acres of trees,” said Bryan Zaplitny, president and CEO of CGE. “We were among the first 50 energy services companies in the United States, and we’re proud that sustainability has been the foundation of our business model from day one.”

CGE guarantees and tracks the energy savings of its customers, and the company passed the 300 million kilowatt hour mark this summer. CGE works with businesses, municipalities, schools, and non-profits throughout the US, including the Salvation Army, TRW, Ford, Comerica Bank, the state of Michigan and the city of Dearborn.

For example, six Southeast Michigan Salvation Army locations reduced their total energy consumption by more than a million kilowatt hours a year. That means savings of $120,000 per year, which the non-profit can turn to its core mission of helping people in need.

The savings will continue to grow. CGE not only saves its customers money by saving energy, it also supplies sustainable energy through a growing business in wind and solar power purchase agreements.