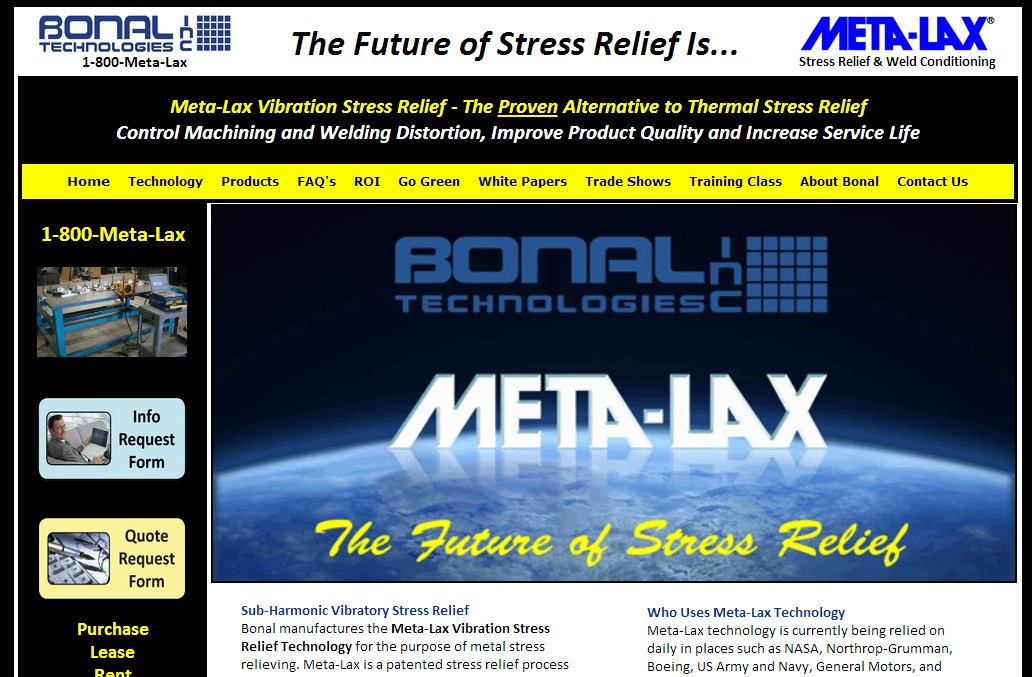 “First time customers, especially those from the United States, led sales by volume this quarter at 72 percent,” said Bonal president and CEO Thomas E. Hebel. “We believe that this is an indicator that the U.S. metal working industry is starting to recover, yielding a more receptive market.”

A compliment to this influx of new business was the continued stream of reorders from current customers — including, for example, a major utility company in Costa Rica, purchasing its third Meta-Lax system from Bonal.