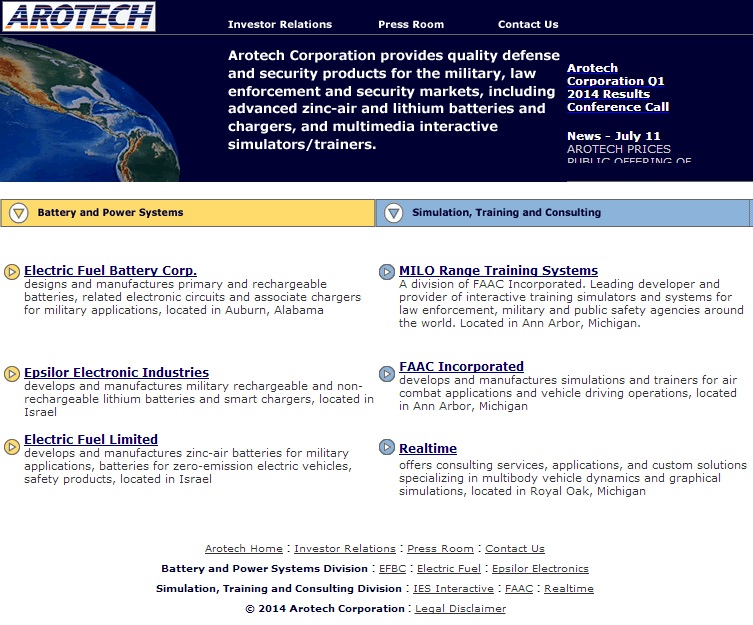 The company also reported an adjusted earnings before interest, taxes, depreciation and amortization for the quarter of $4 million, up from $2.5 million a year ago. The adjusted figure excludes financial expenses, including interest; income tax expenses; depreciation and amortization; stock compensation expenses; and one time transaction expenses.

“We present a set of excellent results for the second quarter, which were the highest in our history,” said Arotech chairman and CEO Robert S. Ehrlich. “We anticipate 2014 being a record year for Arotech in terms of both revenue and profitability. For the first time, our Battery and Power Systems Division’s results include the results of the recently acquired operations of UEC and were over half our revenues in the quarter. The assimilation of UEC in only one quarter has gone very well and the resulting jump in revenue from that division, as well as strong improvements in margins across the board, is very encouraging. We are also seeing strong demand for our simulation products, and we are very satisfied with the recent project wins, particularly the large $36 million follow-on VCTS order that we reported in June.”

To listen to a conference call discussing these results, visit www.arotech.com.