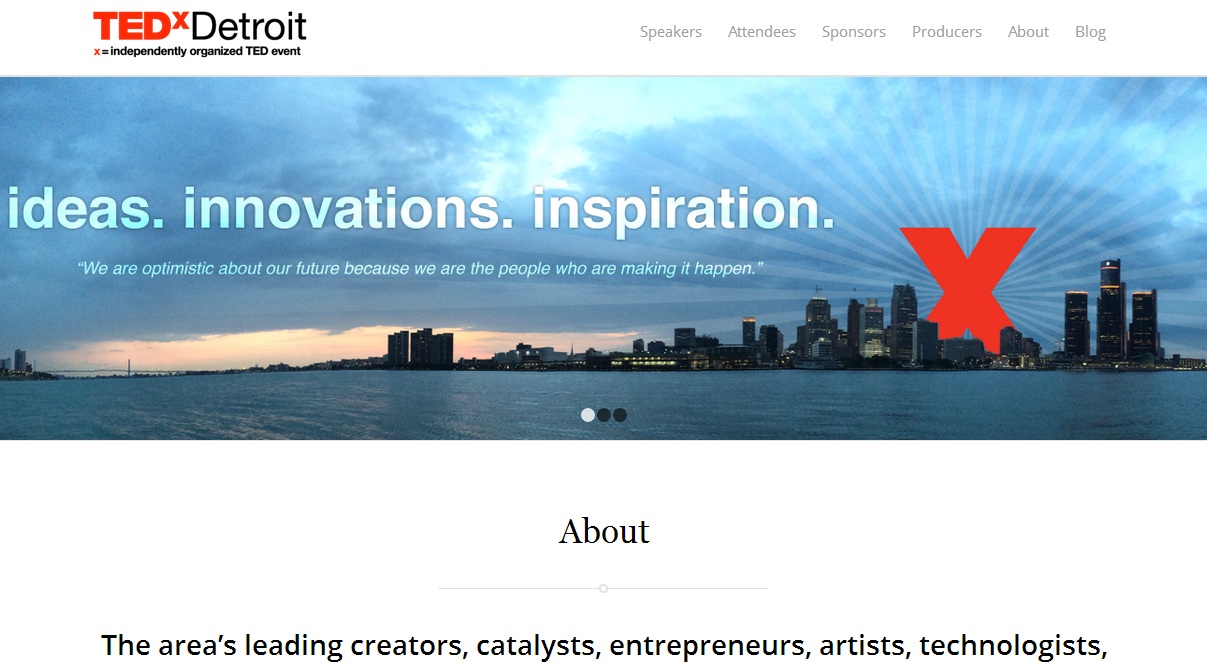 DETROIT — Organizers of the TEDxDetroit announced that their annual celebration of technology, innovation and inspiration will return for another year — Tuesday, Sept. 30 at the Detroit Opera House.

TEDxDetroit will feature local entrepreneurs, educators, scientists, musicians and artists who are pushing their industries forward.

The call for presenters and attendees is officially open. Potential speakers may submit their innovative idea for a talk to the selection committee through www.TEDxDetroit.com. Attendees may also request an invite to the event through the website.

“Detroit is the city of reinvention and TEDxDetroit brings together the thinkers and doers in our community who are making it happen,” said Charlie Wollborg, curator of TEDxDetroit, who has the title “chief troublemaker” at Curve Detroit, a creative strategy and design firm.

This is the sixth year of the TEDxDetroit program. The conference has featured an eclectic array of speakers sharing their wit and wisdom, passion and breakthrough ideas.

Notable speakers in previous years have ranged from innovators like Greg Gage of Backyard Brains and Veronika Scott of the Empowerment Plan, entrepreneurs from Andy Didorosi to Dan Gilbert, journalists such as Jaclyn Trop and Charlie LeDuff, artists like Dale Earnhardt Jr. Jr., and Jocelyn Rainey plus TV personalities such as Dr. Partha Nandi of “Ask Dr. Nandi” and Les Gold of “Hardcore Pawn.”

The deadline for speaker submissions is Wednesday, Aug. 20. The list of speakers will be released on Wednesday, Sept. 3, although there are always a few surprise presenters that aren’t revealed until the day of the event.

TED (an acronym for Technology, Entertainment and Design) was founded in 1984 as a one-time event in California that featured one of the first demonstrations of the Macintosh computer, along with a demo of the compact disc, the e-book, and cutting-edge 3D graphics from Lucasfilm. It wasn’t held again until 1990, but it has become an annual event since. In 2001, TED was acquired by internet journalism entrepreneur Chris Anderson. And in 2009, TED agreed to allow conferences in other cities to use its name, as “TEDx(city name).” TEDx events can be organized by anyone who obtains a free license from TED, agreeing to follow the principles of the original.