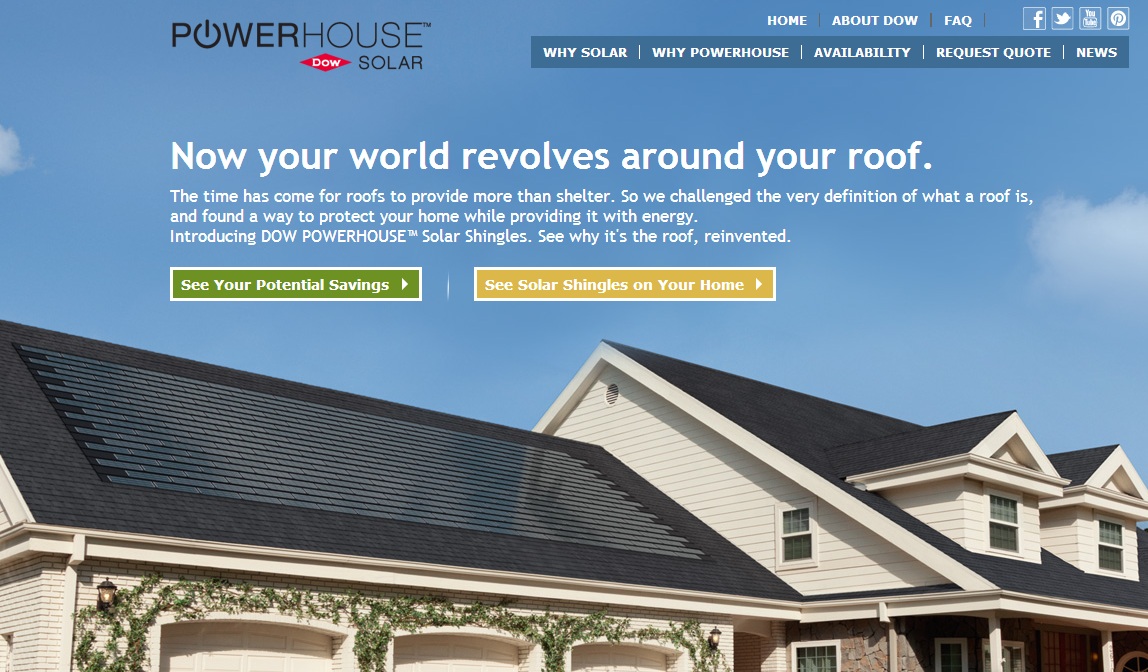 MIDLAND — The Dow Solar business unit of Dow Chemical Co. (NYSE: DOW) announced that its Dow Powerhouse solar shingles are now available to residential customers in Delaware and Hawaii, as well as the first Powerhouse installation in Illinois.

Dow officials said that while both Delaware and Hawaii may be small in population and land area, they’re among the nation’s top 10 states in solar power.

Hawaii and Delaware boast the third and seventh most solar power per capita, according to the Environment America Research and Policy Center. The Solar Energy Industries Associates also lists Hawaii in the top 10 states for total installed solar capacity – with good reason, as the island state also faces the highest residential utility rates in the nation. With strong net metering programs, the states also offer homeowners the perfect opportunity to cut their energy costs with solar shingles.

“Many homeowners are increasingly interested in taking control of their energy consumption by generating their own power with solar,” said Yochai Gafni, commercial and marketing director for Dow Solar. “Dow Powerhouse solar shingles offer a smart investment, allowing homeowners to turn their passive roof into a roof that creates electricity, saves them money, and increases their home value.”

In Hawaii, a renewable energy company called Green Path Technologies will offer Powerhouse to residents of all major islands, partnering with a local roofer. In Delaware, G. Fedale Roofing & Siding Contractors, CMI Solar Electric, and Yencer Builders have all been authorized as certified installers. A Wilmington home has become the first in the state to have the solar shingles installed.

“We first read about Solar Shingles in 2009 when Time named them one of the best inventions of the year,” Schafer said. “We’ve been asking Dow to bring them to Illinois ever since.”

The shingles were installed by Sustain-A-Building LLC of South Elgin, Ill., which is authorized to install Dow Powerhouse systems in the Chicago area.

Illinois residents and professionals will have the opportunity to see the solar shnigles for themselves at a block party to celebrate the family’s new system, scheduled for 2 to 6 p.m. Friday, Aug. 22 at 1004 Thurman Ave. in Naperville. Representatives of Dow and Sustain-A-Building will be there to answer questions.

Backed by a 20-year performance warranty, Dow Powerhouse solar shingles offer superior aesthetics over rack-mounted solar panels and are certified as both a roofing and solar product. The system is a complete turnkey package that includes a custom design for each home, an inverter to convert the direct current that solar cells generate into alternating-current home electricity, a utility interconnection so that credit is obtained for the electricity generated, and a web-based monitoring system that provides real-time system performance data.