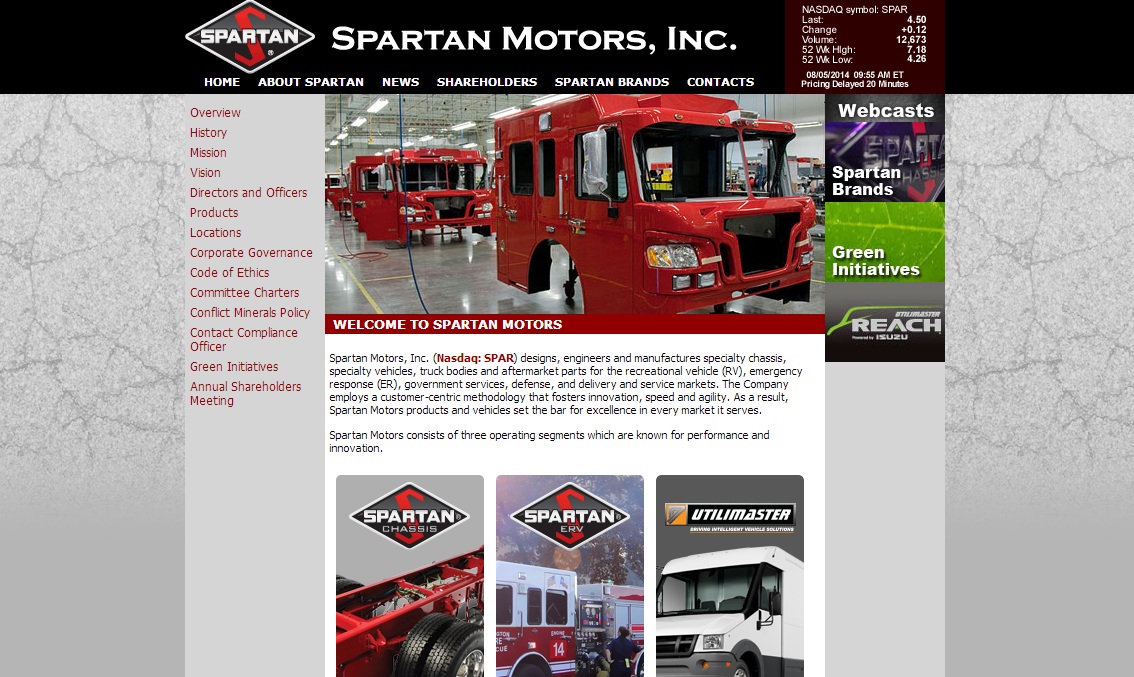 Spartan CEO John Sztykiel pointed out that the second quarter performance was a “a substantial improvement” from the company’s 6-cent-a-share loss in the first quarter. And he added: “We are seeing the benefits of better operational execution and greater commercial discipline throughout the organization. We expect this positive trend to continue through the second half of 2014.”

CFO Lori Wade said the company was revising its 2014 revenue projection to a range of $500 million to $520 million, a reduction of $5 million from the upper end of the range. The company also revised its expected operating margin for 2015 to 0.5 percent to 1 percent of sales.