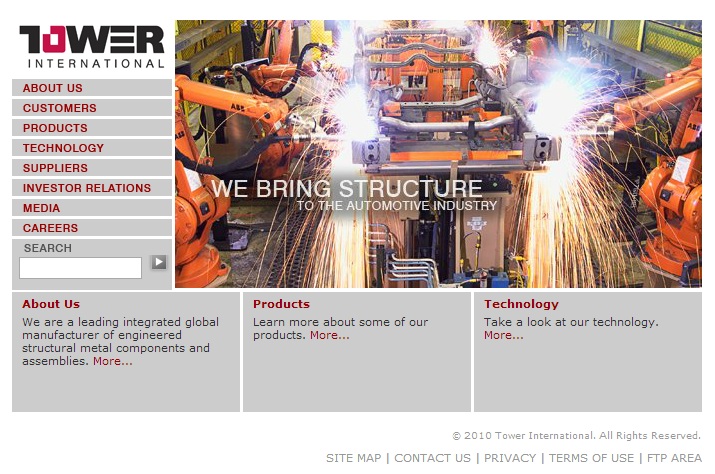 LIVONIA — The Livonia-based auto supplier Tower International Inc. (NYSE: TOWR) Thursday reported net income of $16.1 million or 75 cents a share in the second quarter ended June 30, an improvement from a loss of $45.1 million or $2.22 a share a year earlier.

Tower said sales were higher in all regions except Brazil.

Tower also announced that its business model has been revised to increase the target for adjusted free cash flow to 4 percent of revenue in 2016, up from the prior target of 3 percent of revenue by 2015, reflecting anticipated further improvement in adjusted earnings, less capital expenditures and a further decrease in interest expense.

“Focusing on free cash flow keeps the Tower team aligned and disciplined,” said president and CEO Mark Malcolm. “Free cash flow is also the ultimate generator of capital, which we can deploy to strengthen the business and benefit customers, shareholders, suppliers, and colleagues. That’s what makes this anticipated step-function improvement a meaningful milestone.”