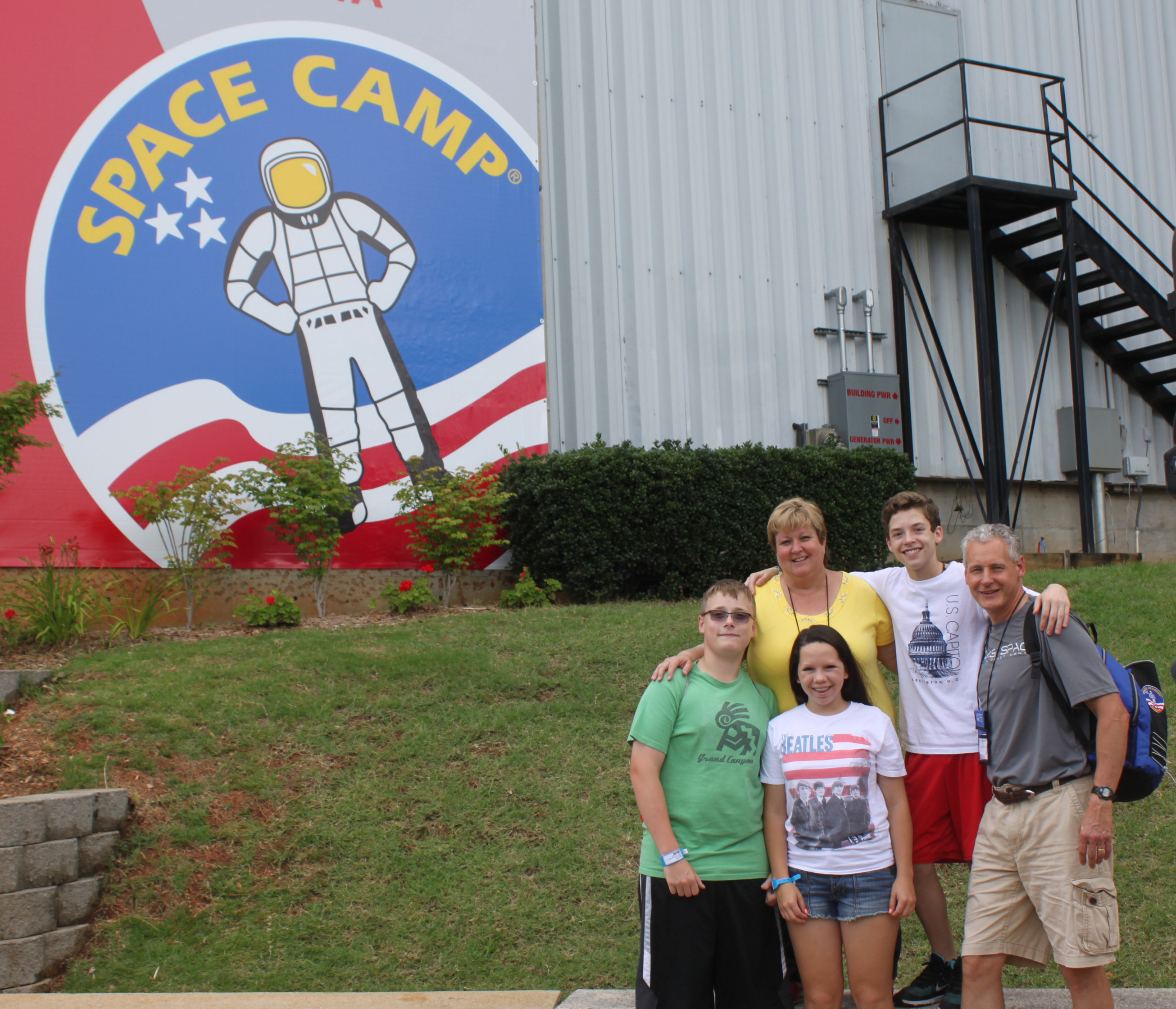 SOUTHFIELD — The winners of the Michigan regional and United States national Future City competition — St. John School in Rochester — are enjoying a week at Space Camp in Huntsville, Ala.

Jon Pfund, a teacher at St. John who has been involved in Future City for 17 years, and St. John’s engineer-mentor Dr. Linda Gerhardt of General Motors, participated in Space Academy for Educators, which ran from July 19-24.

St. John’s, winner of four straight Michigan Regional Future City championships, won the national championship in a competition in Washington, D.C., held as part of National Engineers Week in February. The Engineering Society of Detroit sponsors the Michigan Regional every January. The Space Camp trip was part of the prize package received with the title of national champs.

Said Gerhardt in an email: “The St. John Lutheran Future City Team has  been having an amazing time at US Space Camp at the US Space and Rocket Center in Huntsville, Alabama.  Presenters Rebecca Oleskie, Justin Judd, and Paul Rosa are participating in Space Academy activities on Team Ganymede.  They have completed a shuttle mission and have participated in astronaut training, low ropes team building, and a number of science experiments, including ablative shielding and rocket launch.  Educator Jon Pfund and Engineer Mentor Linda Gerhardt are on Team Harmony as part of Space Academy for Educators.  They enjoyed both a shuttle mission and a lunar mission and have had the opportunity to meet a number of astronauts and rocket scientists.  Down in Huntsville, Alabama, it really IS rocket science!

“On Wednesday, July 23, the team headed to the Bentley Systems offices in Huntsville and were treated a grand reception and a special luncheon.  Bentley Systems is the national sponsor of the Future City Competition.  While at Bentley Systems, the team was able to see their FAIR Transport system that they designed in their city of Gongping, China as part of this year’s competition come to life through Bentley simulation software.

“On Friday, July 25, Space Camp comes to a close with a graduation ceremony in the Saturn V Hall.”

Future City is a cross-curricular educational program in which students in the sixth, seventh and eighth grades imagine, design and build cities of the future. Over four months, students work in teams with an educator and engineer mentor to design a virtual city using the SimCity urban design computer game. They must also build a scale model of their city on a limited budget of just $100, as well as create an essay and a spoken presentation about their city. The presentation is offered to volunteer judges at the regional competition in January.

The 2014 Future City competition theme was “Tomorrow’s Transit: Design A Way To Move People In And Around Your City.” The team from St. John’s envisioned a city in mountainous south-central China called Gongpin in the year 2164. The city was organized around a transportation system called FAIR (Flexible, Accessible, Integrated, Renewable). FAIR linked all modes of transport, including personal vehicles, mass transit, and cargo systems. It was accessed through a voice-activated holographic communication system called LifeWatch.

The presenting sponsor of the 2014 Michigan Regional Future City competition was the DTE Energy Foundation. Major sponsors were the Ford Motor Co. Fund and the Detroit Public Schools Foundation.

If you would like to participate in next year’s Future City competition as a mentor, judge, or sponsor, please contact Allison Marrs, ESD Membership and Future City Program Manager, at (248) 353-0735, ext. 121, or amarrs@esd.org.

In the picture, below, Oleskie, Judd and Rosa pose at the Space Camp center, joined by Gerhardt and Pfund. The group also toured Bentley Systems, national sponsor of Future City.  Bentley develops software for the design, construction and operation of infrastructure.