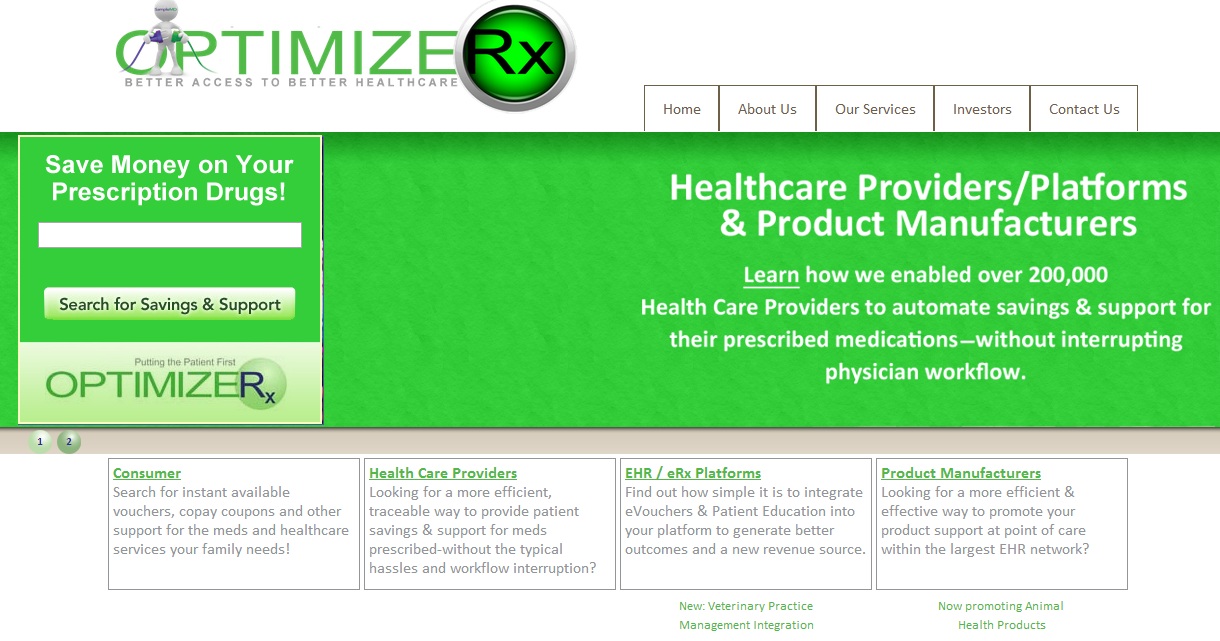 Merriman notes that OptimizeRx provides software that lets drug companies communicate directly with doctors to promote their products. And the company is aggressively expanding its distribution network, “is aligned well with industry trends and addresses important gaps in the market.”

The report says various factors have restricted access of pharmaceutical sales representatives to doctors. But OptimizeRx’s OPRX’s “e-coupon” system “dovetails with the rapid adoption of e-prescription systems by allowing pharmaceutical manufacturers to promote their drugs via these systems and, hence, directly within a physician’s electronic prescription workflow environment.”

Read the full report at this link.

OptimizeRx CEO David Harrell said that in the next few months, the company is on track to significantly increase its physician reach and expand paid transactions by launching Quest Diagnostics in early August, expanding the reach within the EHealthline channel, which was launched on a limited basis in June, as well as preparing to fully launch with LDM later in the third quarter, and an additional leading EHR with 50,000 doctors in the fourth quarter of 2014. Other talks are under way, as are new technology to reach doctors.

The company also plans to target more leading health systems directly through their new streamlined integration process that offers downloadable, built-in code that can reduce required resources to launch and test OptimizeRx’s e-coupon system within the health system’s current e-prescribing platform. The system is also being promoted by pharmaceutical manufacturers.

OptimizeRx also says it is interview potential additions to its board of directors who have health care, technology, business, or investment experience, and expects to announce at least two outside directors during the third quarter.