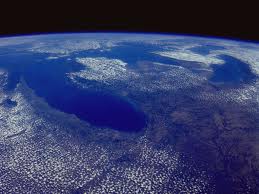 The projects are expected to generate more than $1 billion in new investments and add 3,877 new jobs in Michigan.

Brembo North America Inc. is the largest wholly owned subsidiary of Brembo S.P.A, a manufacturer of brake systems for automobiles. Incorporated in 1988, Brembo North America’s headquarters and tech center are in Plymouth. The company plans to purchase property and construct an industrial facility in Albion Township to produce brake rotor castings, investing more than $78.4 million and creating 254 jobs. As a result, Brembo has been awarded a $2 million Michigan Business Development Program performance-based grant. In addition, the company will receive $1.5 million in Community Development Block Grant funds for job training. The company has also received an amendment to its existing MEGA tax credit to allow to extend the length of the credit and to allow for the additional jobs.

Challenge Manufacturing Co. LLC, is a manufacturer of engineered modular assemblies and metal formed products for the automotive industry. Headquartered in Walker, the company operates four locations in West Michigan with more than 2,000 employees. The company has won numerous new contracts and plans to establish a new manufacturing plant in Clinton County’s Watertown Township. The project will generate a total capital investment of $65.5 million and create 420 jobs, resulting in a $2.3 million Michigan Business Development Program performance-based grant. Michigan was chosen over competing sites in Tennessee and Missouri. Watertown Township plans to support the project with a property tax abatement. To learn about employment opportunities with Challenge, visit http://challenge-mfg.com/careers/.

In addition, MSF approved an Act 381 Brownfield work plan submitted by the Oakland County Brownfield Redevelopment Authority for school and local tax capture valued at $2,932,256 on behalf of Challenge Manufacturing’s new assembly plant in Pontiac. Eligible activities that will be undertaken to alleviate brownfield conditions include site demolition to remove existing concrete and site preparation activities including land balancing and grading, geotechnical engineering, temporary erosion control and temporary facilities. The project was also approved for a $2.5 million MBDP grant at the May 2014 MSF meeting.

H.A. Automotive Systems Inc. is the North American subsidiary of Shanghai Changhui Industry Development Co. Ltd., an automotive lighting components supplier established in 1994 and headquartered in Shanghai, China. The company, along with its parent, has secured new contracts to supply North American automakers and needs to establish a presence in North America. The company plans to purchase a building in Troy to establish a headquarters, manufacturing, and research and development facility. The project will generate a total capital investment of $28.8 million and create 368 new jobs, resulting in a $2.25 million Michigan Business Development Program performance-based grant. Michigan was chosen over competing sites in several southern states as well as Texas and Missouri. The City of Troy plans to offer support to the project in the form of a PA 198 property tax abatement. Individuals interested in learning about employment opportunities with H.A. Automotive should send an email to haautohr@gmail.com.

Magna Exteriors and Interiors USA Inc., which does business as Magna Interior Trim Components, is a subsidiary of Magna International Inc. In 2010 Magna Interior Trim acquired Continental Plastics Co., an automotive interior components parts supplier with facilities in St. Clair County’s China Township and Benzie County’s Benzonia Township. In January 2014, Magna Interior Trim received an $822,000 Michigan Business Development Program performance-based grant for expansions at both locations which were expected to generate $3.6 million and create 274 jobs. Since then, the company has created the 274 positions and has experienced additional growth, which will require the hiring an additional 169 employees. As a result of the additional jobs, the company’s MBDP grant has been increased by $507,000. For employment information, visit www.magna.com/careers.

Suniva Inc., established in 2007, is a manufacturer of crystalline silicon photovoltaic solar cells and high-power solar modules. The company is known for its high-quality products, industry-leading technology, reliability and high power density. Headquartered near Atlanta, Ga., Suniva sells its advanced PV cells and modules globally. The company plans to create a new manufacturing plant in Saginaw Township, investing up to $12.5 million and creating 350 jobs. As a result, Suniva has been awarded a $2.5 million Michigan Business Development Program performance-based grant. Michigan was chosen over competing sites in Mississippi and Georgia. Saginaw Township has offered support to the project in the form of property tax abatement. For information on Suniva, visit www.suniva.com.

There was also a Private Activity Bond authorization. Middleville Tool & Die Co. is a family-owned business created in 1966 that manufactures stamped tubular products for the appliance, office and automotive industries. Middleville and its real estate and building holding company Middleton Enterprises LLC received MSF approval of a Bond Authorizing Resolution for private activity bond financing in the amount of $6.3 million to invest in new machinery, equipment and office furnishings as well as expand their current manufacturing facility in Barry County’s Yankee Springs Township. The bonds will be privately purchased by Macatawa Bank. The project will create 35 new jobs. For information on careers with Middleville Tool & Die, visit http://www.mtd-inc.com/jobs.htm.

There was also a MEGA tax credit amendment for General Motors LLC and GM Subsystems Manufacturing LLC. In June 2009 the Michigan Economic Growth Authority approved a Global Retention MEGA Tax credit for General Motors for the retention of up to 20,000 employees. Since then the credit has been amended and currently allows for 33,000 retained employees. The company has experienced continued growth in Michigan and plans to invest approximately $800 million in upgrading various locations in Michigan in anticipation of future vehicle platforms and programs. Additionally, the company plans to create 1,750 new jobs related to consolidation of various engineering functions from outside of Michigan to a site in Michigan. As a result of this growth, MSF approved an increase in the maximum allowance for retained jobs on its Global Retention MEGA tax credit from 33,000 to 34,750.

Also, the Detroit Brownfield Redevelopment Authority will use local and school tax capture valued at about $8 million to redevelop five acres of property located at 3800 and 3750 Woodward Ave. in Detroit. Eligible activities include demolition, lead and asbestos abatement, site preparation and infrastructure improvements. The completed project will include a five-story medical office building with retail space on the first floor and a separate four-story mixed-use commercial building, as well as a parking ramp. The total capital investment for the entire project will be approximately $73 million and 30 full-time jobs related to the medical field are expected to be created. This amends a previously announced MBT Brownfield credit project approved in 2011, which will be used for new construction of the buildings.

Also, YanFeng USA Automotive Trim Systems Inc,. a Tier 1 Automotive plastics interior trim supplier for the auto industries, got a MEGA credit amendment. In 2010 the MEGA Board approved a seven-year Standard MEGA Tax Credit to purchase its facility in Harrison Charter Township and create 131 new jobs. Since then the company has been awarded multiple new contracts to manufacture center consoles, door panels and instrumental panels for several automotive OEMs. The company plans to expand its current manufacturing facility in Harrison Charter Township, investing up to $56.2 million and creating 519 jobs. As a result, the company’s MEGA credit has been amended to allow for the additional 519 jobs and to add the City of Warren as a location for eligible jobs. For information on employment opportunities with YanFeng, visit www.yanfengusa.com.

Also, Grand Traverse County was awarded $880,000 in Community Development Block Grant funds to remediate blight of environmentally contaminated properties need for the Uptown Development TC LLC Blight Elimination Project in Traverse City. The finished project will consist of multi-story condominium units as well as “live-work” mixed use units. The CDBG funds will include site demolition, lead and asbestos abatement, clearing and grubbing, excavation and removal of contaminated soils and placement of new engineered fill. In addition, the Grand Traverse County Brownfield Redevelopment Authority will use local and school tax capture valued at $1.74 million for site preparation activities such as geotechnical engineering, land balancing, relocation of existing utilities and infrastructure improvements. The total investment will be approximately $11.8 million and 12 permanent full time jobs are expected to be created for the live-work portion of the project.

Also, the state announced that the Community Development Block Grant Deep Freeze Fund will set aside $6 million in response funding to award grants of up to $1 million for eligible projects impacted by the extreme cold this past winter. Eligible communities must be non-entitlement communities and have been designated as a State of Emergency by either the state or local jurisdiction. Communities must have a need for hard infrastructure repairs (water or sewer work, or road work related to water and sewers). Priority will be given to applicants who have matching contributions, whether they have a traditional downtown and the impact the improvements will make on the entire community. Communities interested in applying for Deep Freeze assistance should visit www.michiganbusiness.org/urgent-need.