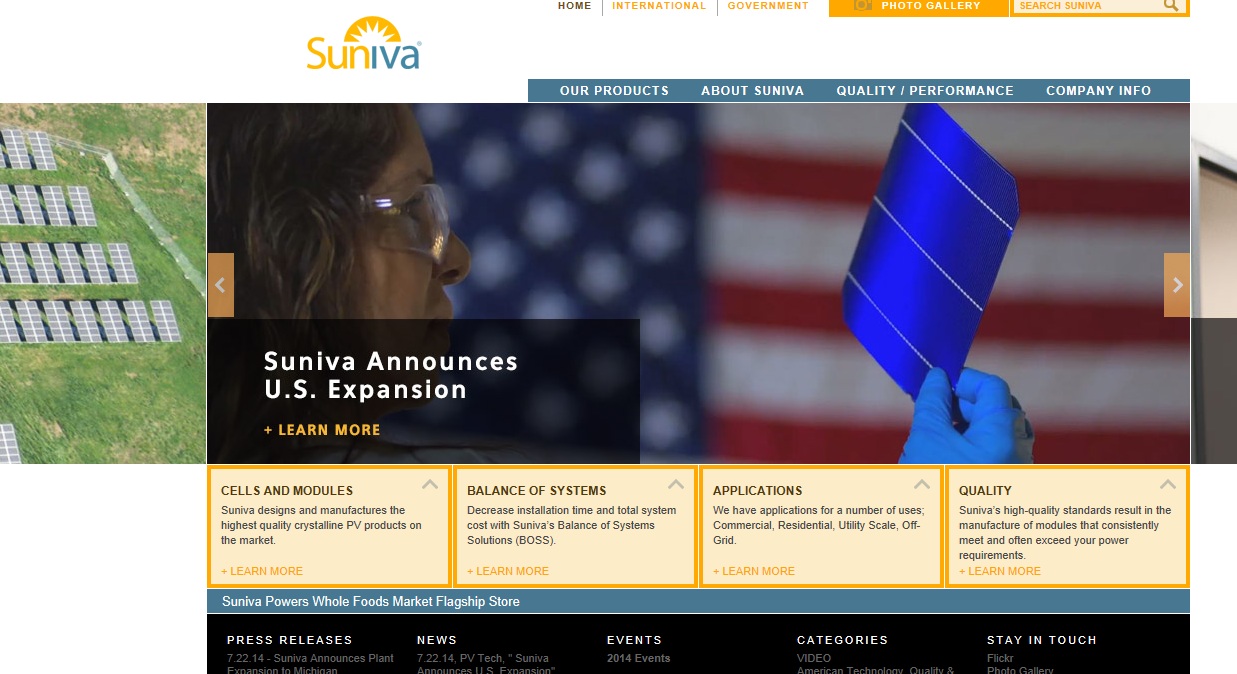 The company said construction will begin in August and production is scheduled to begin before the end of 2014.

The plant will provide up to 200 megawatts a year of solar modules and will create about 350 jobs, the company said.

Card said Suniva will be hiring between 75 and 100 people before the end of the year as the plant opens at about a quarter of its eventual manufacturing capacity of 200 megawatts a year.

Information on job openings will be available to interested applicants soon at www.suniva.com, Card said.

Card said Suniva will continue to manufacture solar cells at its plant in Georgia, and will assemble the cells into modules in Michigan.

Why Saginaw? Said Card: “We’ve had an interest in Michigan for quite some time, going back to 2009. The Great Lakes Bay region has been very intentional in developing a solar industry cluster.” He mentioned the Dow Corning joint venture Hemlock Semiconductor near Saginaw, which manufactures polycrystalline silicon used in solar cells, as part of the reason for the location.

After an industry slump in recent years, Card said that “the economic conditions are right now for an expansion.”

In a statement, Suniva chairman and CEO John Baumstark said: “The U.S. market has spoken and has clearly stated that it values a company that was born in the USA, is owned in the USA, and builds high-quality products here.”

Added JoAnn Crary, president of Saginaw Future, Saginaw County’s economic development agency: “Early on, Suniva identified the Great Lakes Bay Region as a strategic location for its continued expansion due to our highly-skilled workforce. To attract such an industry leader is a strong testament to the quality of our people, and the commitment of our region and Michigan to the growth and expansion of our solar industry cluster.”