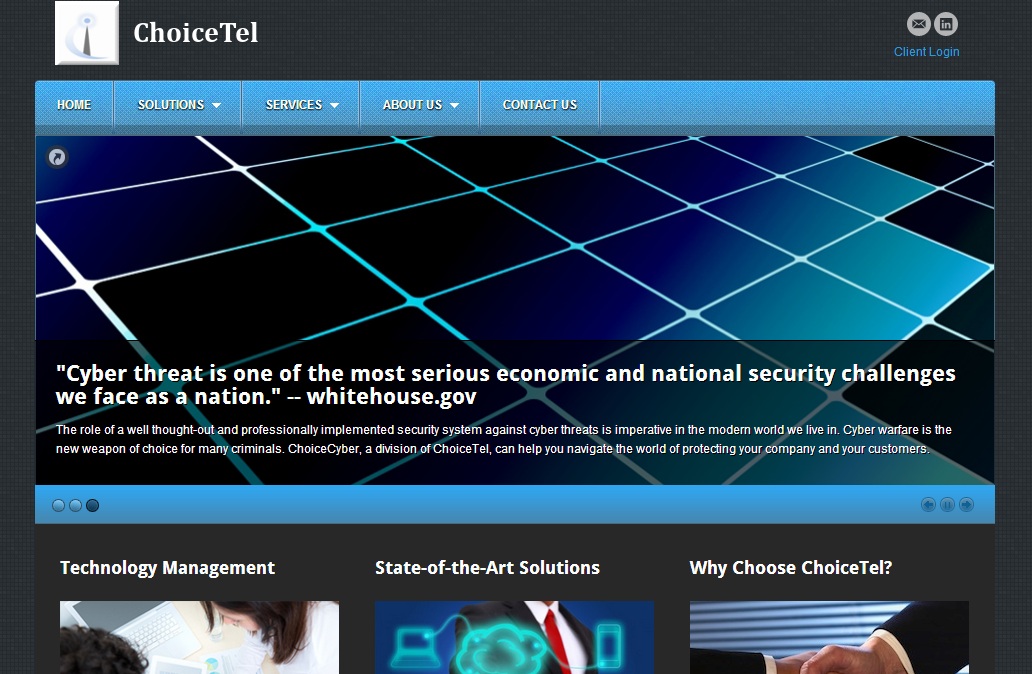 So ChoiceTel, a 20-year-old telecommunications and data services company, has been adding sophisticated data security services for its clients.

“We’ve been reinventing ourselves again by doing this,” company founder and President Diane Smith said. “It’s been a lot of fun.”

Smith had 10 years of telecom experience with Sprint, MCI and Teledial when she founded ChoiceTel in Troy in 1994. The company grew in Michigan, and the brutal recession of the 2000s forced the company to grow outside of Michigan as well. The headquarters moved to Clarkston in 1998.

“We look at voice, data, mobility and billing analysis, and we partner with the right vendors to provide the best solutions for our clients,” Smith said. “We also analyze cost structures and make sure people aren’t being overbilled.”

But a funny thing happened on the road to the merger of voice and data, Smith said — we’ve all become Targets, in every since of that word.

The giant retailer’s much-discussed data breach, which started when an employee of an air conditioning contractor clicked on a phishing email on a computer he used for work, drew everybody’s attention to the risk of data breach on voice and data networks.

Now, Smith said, ChoiceTel is taking the best of those vendors’ tools, wrapping them around its data service, and branding it as ChoiceCyber.

“All these mobile devices for corporations wind up being a huge new area of responsibility and a lot of them can’t manage it properly,” Smith said. “There are some pretty simple things that people just aren’t doing.”

Smith said the company will soon have job openings for security analysts for the new line of business. It also plans on opening a security operations center in the Detroit area.

And, Smith said, the company remains committed to its core business – helping its customers manage data and voice technologies, and helping them make data center and data storage decisions. There’s also a large line of business in Internet Protocol-based telephone PBX systems, both on-premises and in the cloud.

That’s part of the reason security is so important, Smith said: “Most telecom people are used to closed networks and give very little thought to the real threats that are out there. This is an area where we hope to provide some education.”