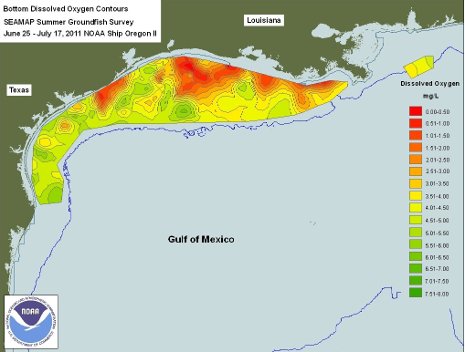 HOUGHTON — In 1900, about 1.6 billion people lived on Earth. Just a few generations later, over four times as many of us share the planet.

There are plenty of reasons for the population boom — childhood vaccinations, better sanitation, antibiotics — but perhaps the most important driver is a discovery that allowed us to snatch nitrogen from the atmosphere and turn it into food. That, notes Hugh Gorman, professor of environmental history and policy at Michigan Technological University, involved humanity’s hijacking of one of nature’s most fundamental chemical processes: the nitrogen cycle.

Gorman explores the repercussions of this new power and the efforts to mitigate its unintended consequences in his book “The Story of N: A Social History of the Nitrogen Cycle and the Challenge of Sustainability.” An article based on the book won second place in the journal Gaia’s 2013 Best Paper competition.

Nitrogen is almost as critical to plant health as water, but until the early 20th century, farmers were hard put to secure enough for their crops. That’s because atmospheric nitrogen is chemically locked up, and back in the day the only creatures with keys were microorganisms. Farmers could pump nitrogen into their soil by planting crops that hosted nitrogen-fixing bacteria or by adding manure, but both processes were slow and expensive.

Then in the early 20th century, scientists developed the Haber-Bosch process, which makes ammonia from nitrogen and hydrogen. This abundant, cheap fertilizer ignited the surge in agricultural productivity known as the Green Revolution.

“Now humans fix as much nitrogen as all the bacteria in the world, which is just astounding to me,” says Gorman. “In just 100 years, we have become a very important part of this biogeochemical cycle.”

Along with the introduction of pesticides, nitrogen fertilizer transformed agriculture, making it possible to feed far more people on far less land. There have been consequences: Industrial farming is tapping underground aquifers faster than they can be replenished, threatening global water supplies. Nitrates from fertilizers contaminate drinking water. Agricultural runoff rich in nitrogen and phosphorus has created hundreds of dead zones in coastal waters around the world. And then there’s the toll taken on the Earth from the sheer number of human beings we can now feed.

“Nitrogen is like a steroid,” Gorman says. “You put a little in your body, and you get these big, muscular harvests, but you put stress on other parts of the system.”

The good news is that humans have been trying to manage their nitrogen addiction. In the United States, the flow of nitrogen is now partially governed by an array of policy tools that have been gradually put in place, from discharge permits and emissions trading programs to wetlands restoration and best-practice management guidelines for farms.

Laws now protect air and water from pollution stemming from excess nitrogen. There’s even an effort to reduce the huge, seasonal dead zone at the mouth of the Mississippi River, despite the fact that the watershed encompasses 40 percent of U.S. landmass in the lower 48 states and is home to thousands of businesses and jurisdictions with a vested interest in doing nothing.

“We actually have begun to govern our behavior with regards to nitrogen,” said Gorman. “All these little policy tools are part of the cycle now.”

That gives him some hope that industrialized societies may have the will to set their sights beyond short-term economic gain and “place ethical and practical boundaries on human interactions with the planet,” as he writes in the conclusion of “The Story of N.”

That said, he is less sanguine when it comes to the carbon cycle, the other fundamental biogeochemical web that humans have hacked into.

“Before the Industrial Revolution, nature regulated the carbon cycle,” Gorman said. “There could only be so much in the atmosphere: what plants took out, animals put back in. We couldn’t screw it up. But once we began taking carbon out of the ground in the form of fossil fuels and putting it into the atmosphere, we bypassed nature’s regulatory system.”

“If we want the Earth to have a stable climate, we will have to establish boundaries and discipline ourselves, as we have begun to do with the nitrogen cycle,” he said. “So far, we’re not doing so well.”

Gorman’s paper, “Learning from 100 Years of Ammonia Synthesis: Establishing Human-Defined Limits through Adaptive Systems of Governance,” is available online at this link.