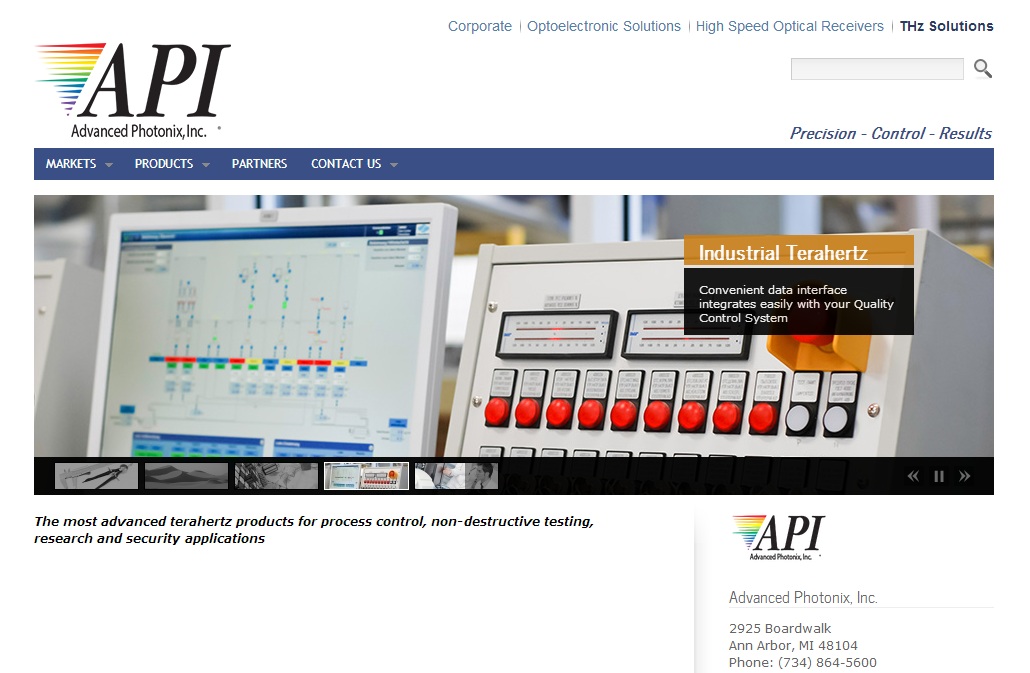 ANN ARBOR — Advanced Photonix Inc. said Friday it had been awarded a $1 million contract to develop a high-speed imaging system to detect corrosion under marine coatings from the United States Navy.

The contract from the Naval Undersea Warfare Center will use API’s Terahertz technologies.

Terahertz radiation occupies a spot on the electromagnetic spectrum between microwaves and infrared light. Poorly understood until the 1990s, terahertz beams can “see through” many materials, but without the damaging, ionizing punch of X-rays.

The Phase II contract follows the successful completion of a Phase I proof of concept. It will result in the development of a prototype suitable for evaluation

The prototype will be evaluated on submarine hulls or representative structures. It is expected that this effort will be followed by preparation of a Phase III development plan to turn the technology into a system that can be deployed by the Navy.

“This is another example of our long and continuing partnership with the Department of Defense,” sadi API CEO Richard Kurtz. “The high-speed imaging system developed under this contract will allow the Navy to save maintenance costs in its dockside operations.”