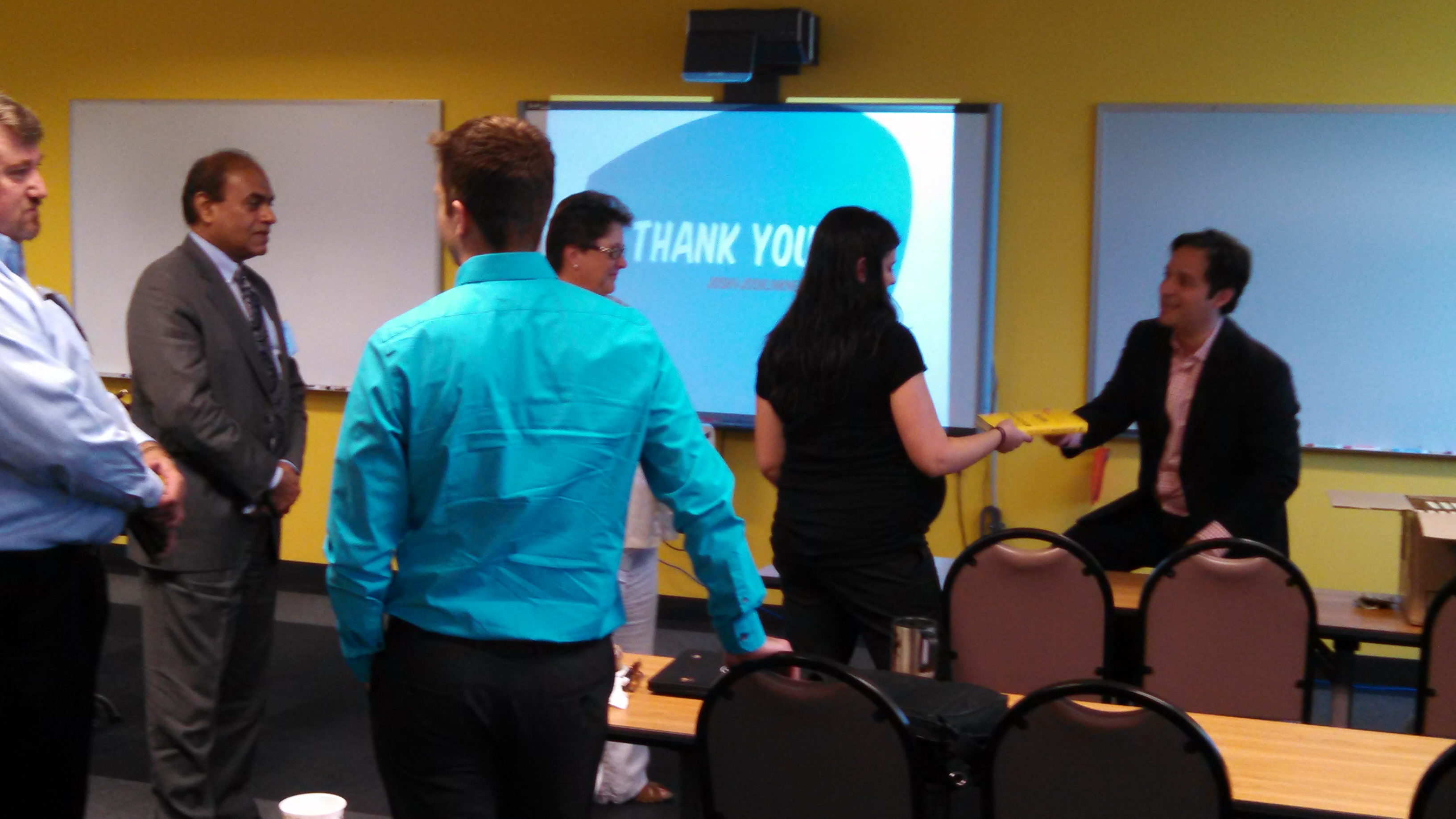 SOUTHFIELD — Creativity is the key to success, according to
bestselling business author and serial entrepreneur Josh Linkner.

Easy to say. But hard to do? Well, don’t worry, Linkner said. All of us
start out creative as kids. And no matter what’s happened to us since,
we can get back there, Linkner said — pointing to a Harvard study that shows that 85 percent of creativity is learned behavior.

Linkner spoke Thursday at a “Business Over Breakfast” event at The
Engineering Society of Detroit headquarters in Southfield.

Linkner offered example over example of creativity and innovation,
the seeds of which he says are inside virtually everyone.

There’s the literal reinvention of the wheel — the Copenhagen Wheel,
a hybrid electric rear bicycle wheel that helps cyclists up hills and over
long distances.

There’s a land mine exploder invented by a man from Afghanistan — a
sphere of clay discs at the end of bamboo rods that blows around
fields like a tumbleweed, setting off deadly land mines whenever the
clay discs trip one.

There’s the Caliber line of jewelry, made out of melted down weapons
taken off the streets through a gun buyback program in New Jersey.

There’s the Dollar Shave Club, when an entrepreneur used a $4,000
online commercial to attract 17,000 paying customers and $60 million in business in a matter of weeks — shaking up the razor market, where Gillette had a 70 percent market share.

Linkner said people and businesses should constantly look to
reinvent and disrupt themselves — or else the competition will do it for them.

“We can’t become intoxicated by our own success,” he said. “It’s
incumbent on us as leaders to make sure we are the source of
disruption rather than the disrupted. There’s a myth that if you are
going to experience decline, you will see it coming, you will have time
to adapt, and it will happen in a nice gradual fashion. That’s not what
happens at all. There’s a downward slope but there’s nothing gradual
about it.”

That resonates particularly well in Detroit, Linkner said: “We were the arsenal of democracy, dammit, who was going to mess with Detroit? When we were so busy being protectionists and resting on old ideas instead of creating new ones, our city crumbled. The good news is it’s never too late. Wonderful things are happening now in Detroit.”

Linkner contended that “we are born as incredibly creative people.
What happens over time is unfortunately, our society and rules and
teachers kind of beat it out of us.”

“I’m not vilifying teachers, teachers are heroes,” Linkner said. “The
problem is we have an outdated system that is not equipping us for
the challenges of the day. It’s almost as if we start kindergarten with a
big box of colorful crayons, and we graduate high school with a single
ball point pen.”

Finally, Linkner told attendees that they can do well by doing good —
“you don’t have to beat down your people or cut costs.”

Linkner concluded the event by signing copies of his latest book, “The Road to Reinvention.”