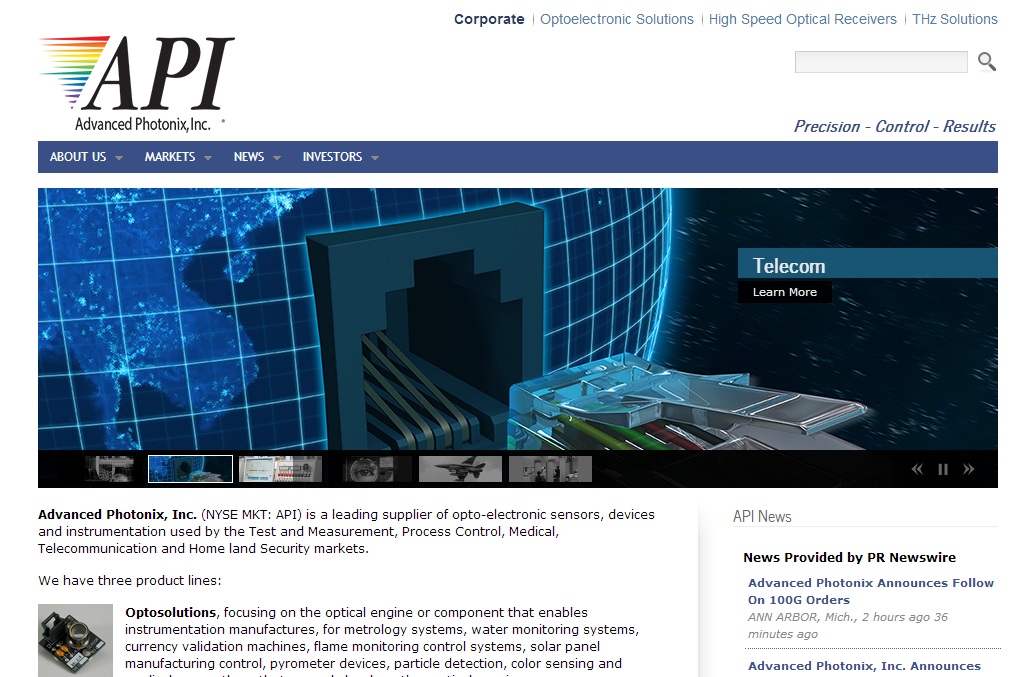 The banks also extended an earnings requirement for their loans from three months trailing  earnings before interest, taxes, depreciation and amortization (EBITDA) to six months.  The covenant requires the company to be cash-flow positive by late this year.

“This $2.9 million cash infusion has allowed us to pay down debt and provide the capital we needed to fund our expected growth over the coming years,” API CEO Richard Kurtz said. “We want to thank our lenders and B. Riley for their assistance and look forward to growing the company in our current fiscal 2015 by more than 20 percent.”

API’s optosolutions product line focuses on enabling manufacturers to measure physical properties, including temperature, particular counting, color, and fluorescence. The terahertz sensor product line is targeted to the process control market, to enable quality control, and to the security market, since terahertz radiation — which occupies a space on the electromagnetic spectrum between microwaves and infrared light — can “see through” many materials without packing the damaging, ionizing punch of X-rays. API’s T-Gauge terahertz sensor can measure subsurface physical properties, like multi-layers
thicknesses, density, moisture content, anomaly detection and some chemical features, online and in real time. API’s high speed optical receiver products are used by the telecommunication market in both telecommunication equipment and in test and measurement equipment used in the manufacturing of telecommunication equipment.