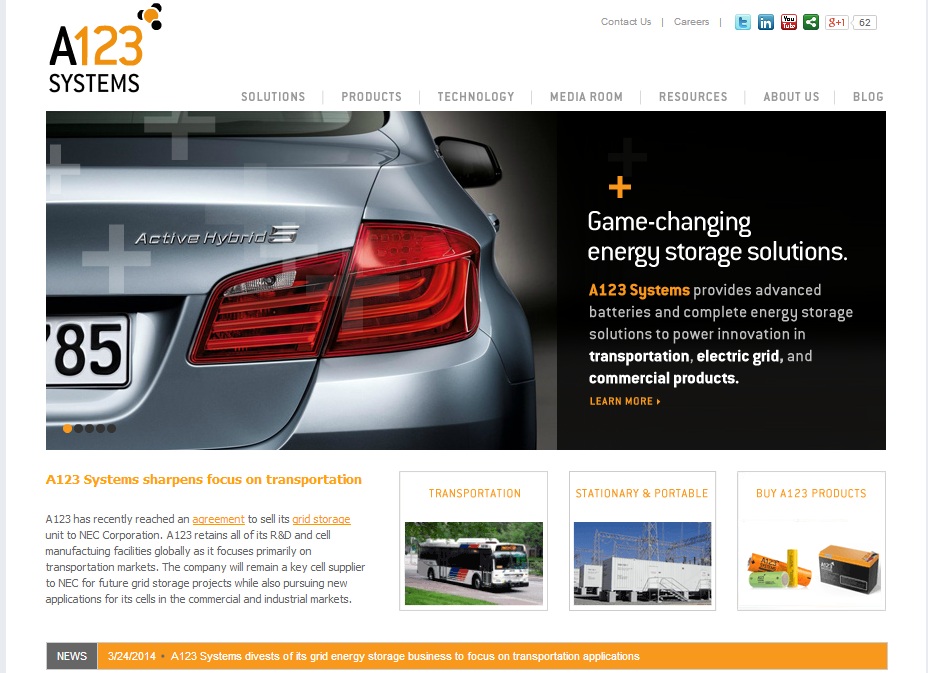 Leyden’s intellectual property in battery materials covering lithium titanate and non-flammable electrolyte developments were acquired for an undisclosed amount. As a part of the deal, A123 said “key technical staff” of Leyden Energy have also agreed to join A123 Systems’ research and development organization.

Company officials said the scientists involved were based in Leyden’s Silicon Valley headquarters but would be relocating to A123’s research and development offices in the Boston area.

Leyden is the recent recipient of significant development funding from United States Advanced Battery Consortium LLC, an organization whose members include Chrysler Group LLC, Ford Motor Co. and General Motors Co. Under that program, Leyden achieved outstanding progress on development of its technology for
micro-hybrid applications in the automotive market. In particular, the properties of lithium titanate for long cycle life and higher power capability were extended to operate over a wider temperature range than current technologies.

The acquisition of Leyden’s technology in this field complements the lithium iron phosphate materials portfolio that A123 commercialized nearly a decade ago under the Nanophosphate trade name. Recently, the A123 research and development organization has also extended the high power capability of its LFP-based materials under the UltraPhosphate trade name. The company said those technologies and those acquired from Leyden will produce advances in micro-hybrid applications.

“As the world’s OEMs continue to invest more effort in the development of their respective micro-hybrid systems, the global diversity of requirements is growing rapidly,” said A123 CEO Jason Fircier. “By expanding our technology portfolio for this fast-growing market, A123 now has the right solution for nearly every micro-
hybrid program worldwide. We … look forward to further development in each segment of our expanded portfolio.”

A123 Systems is a subsidiary of China-based Wanxiang Group. Much of its technology was developed by researchers at the University of Michigan under a spinout called T/J Technologies that was acquired by A123 in 2006, well before its 2013 acquisition by Wanxiang, China’s biggest auto-parts maker — a buyout forced by an A123 bankruptcy prompted by a costly battery recall in 2012.